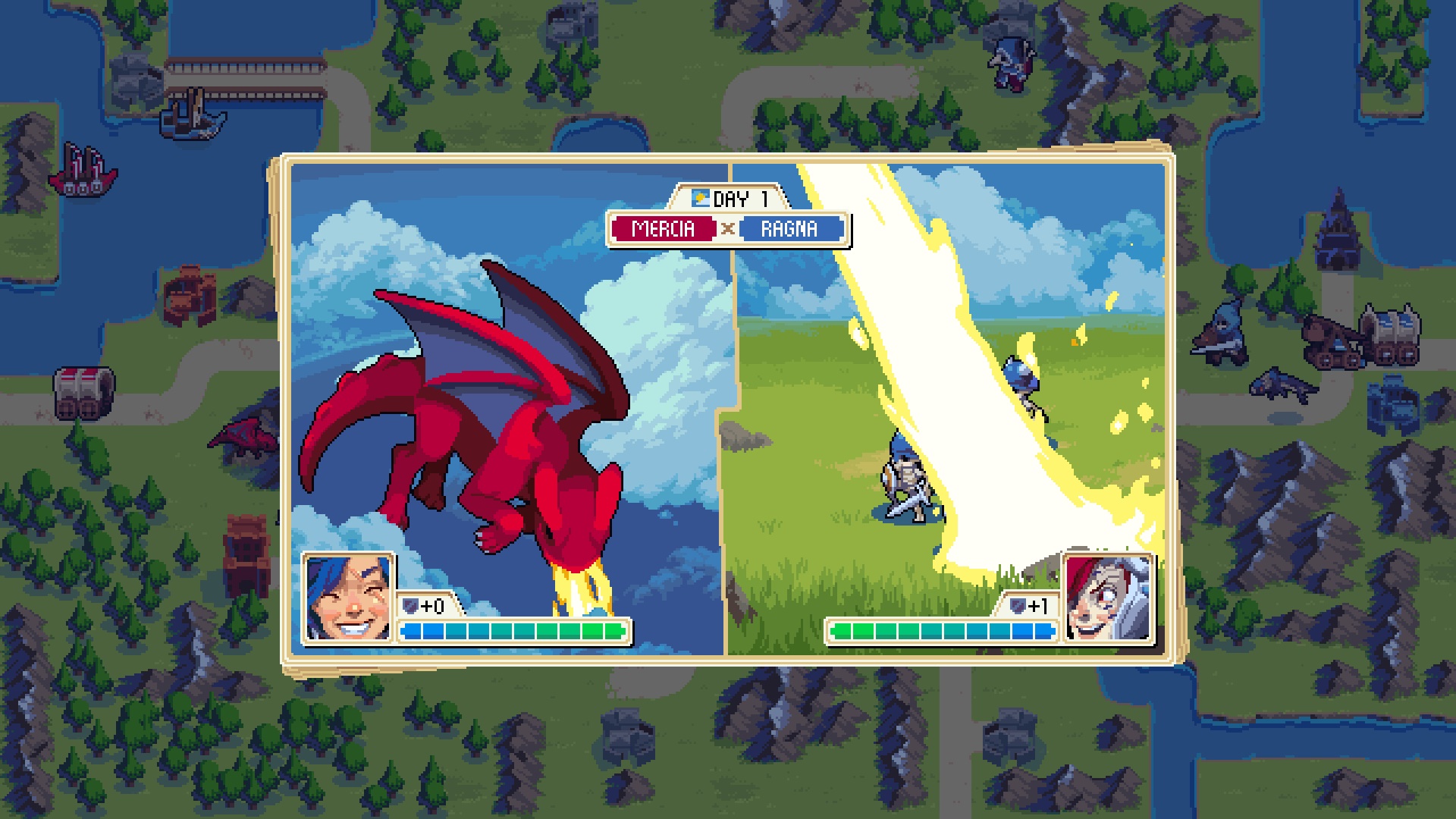 Wargroove has been out for a little over two weeks now, but it seems developers are already starting to take fan feedback into account to push out updates that fix some of the game’s most glaring issues. Some of these, including its lack of checkpoints and the inability to add CPU opponents in online matches have been brought up quite often (including in our own review), but these will be fixed soon in an upcoming update.

Posting an update on Reddit, developers Chucklefish detailed some of the improvements and fixes they’ll be making to the game in an upcoming patch, the release date for which is yet to be decided. As mentioned above, players will have the option to set a checkpoint during battles, which they’ll be able to restart from upon failure. Players will be able to manually set checkpoints whenever they want, but will only have one checkpoint active during a battle at any time.

The difficulty system is also going to receive an overhaul. There will be five options to choose from – Story, Easy, Medium, Hard, and Custom. Hard will be the default setting and will be the only setting that allows you to achieve S Ranks. Meanwhile, Medium will be limited to 3 stars, Easy to 2 stars, and Story to 1 star. On the multiplayer side of things, in addition to being able to add CPU players to online matches, some other changes are also being made, including no longer being able suspend Quick Play matches, as well as the addition of seven new maps designed specifically for co-op.

The speed of skipping cutscenes during battles is also being increased, while players will also have the option to set movement speeds for their characters to make them move faster. A “confirm end turn” prompt is also being added to avoid mistakenly ending your turn, while the “effectiveness and readability” of the Unit Info screens is also being improved.

You can get the full details of the upcoming patch through the Reddit link above. Wargroove is currently available on Nintendo Switch, Xbox One, and PC, with a PS4 version also scheduled to launch soon. A larger content update for the game by way of DLC is also planned.