Warhammer 40,000: Battlesector now has the free Daemonic update, which adds a new game mode, new maps, and smaller changes throughout the game. 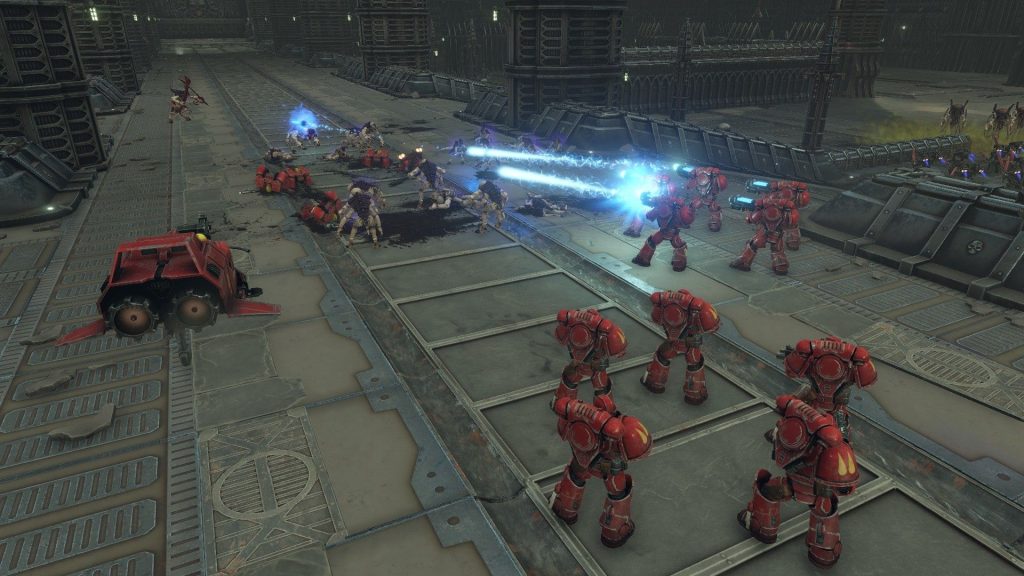 The biggest addition to Warhammer 40,000: Battlesector in the Daemonic Update is the new game mode: Siege. The game mode features asynchronous objectives, and is available in skirmish, multiplayer, and base attack battles in the Planetary Supremacy mode. The game mode involves players having to capture 4 strategic capture points, while the defender works on eliminating the attacker.

Planetary Supremacy is also getting a new minor faction in the form of the Daemons of Khorne. The Chaos-aligned faction features Khornate Daemons, including the Bloodmaster, Bloodletters, Flesh Hounds, and the Skull Cannon.

Warhammer 40,000: Battlesector is available on PC.