Warlock: Master of the Arcane Review

Warlock: Master of the Arcane is a turn-based strategy game which allows you to dominate your foes and provides you three classes to master and exploit. Paradox is no stranger to games like these, and it’s quite similar to Civilization 5, in terms of gameplay mechanics. However, the game’s brilliance is only noticed once you spend a few hours on it.

As a strategy game you have to discover foes, find areas to build to maintain an army. The goal of the game is to become the strongest of the great mages and the game is set in Ardania, which many Majesty players would be familiar with. It’s how you exploit the hex based map decides whether you dominate or don’t.

The game is quite complex, so newcomers to such games have to spend a lot of time to get used to the gameplay mechanics. You can create your own great wizard to lead your armies, with their own unique abilities depending on who you choose.

This is a Paradox game, so chances are that the tutorial is extremely lacking, and guess what? It is lacking in this game. So a lot of trial and error gameplay is required but aside from the high learning curve, there isn’t a lot of problems you could encounter while playing the game. It’s the initial learning period that counts a lot. 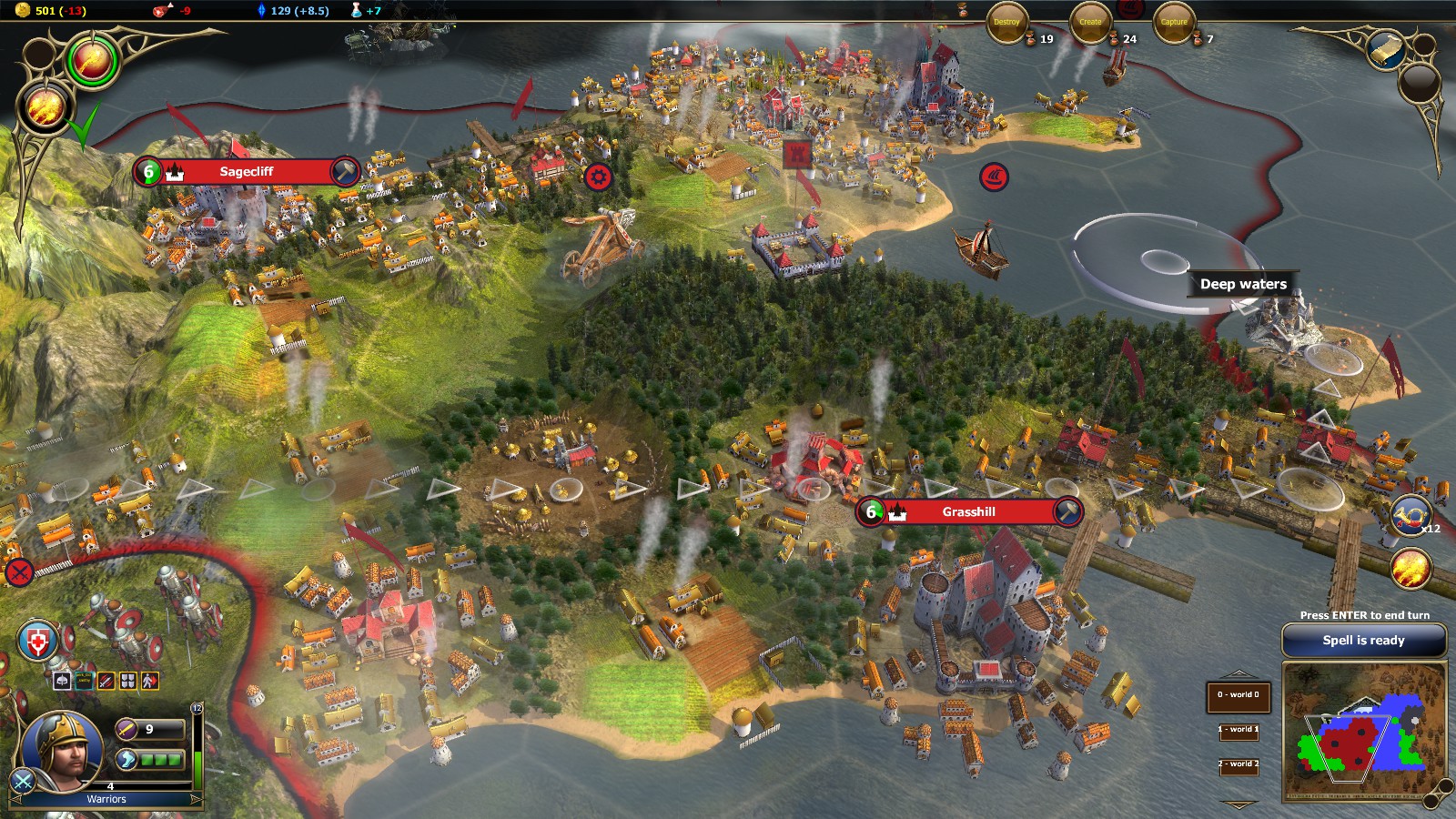 The three factions are: the Kingdoms of Man, the Beastmen, and the Undead, and as all of them have their own abilities and units. It will take a while to master each faction as you will learn something new each game, and get access to new units. Once you pick a faction, you can move their units in the map and strategically decide what to do, in case you find an area to build something or find a foe.

You can also recruit third-party units and generally you have to build on top of where these units are located to get them to fight for you.

It’s pretty straightforward really, and the AI can sometimes really pummel you if you aren’t careful. There are four resources in the game namely, mana, gold, food and research. You need this to maintain your army and also upgrade them. Your units earn experience during combat which enables them to learn new abilities and get perks.

The AI is mostly good, but can also make some questionable decisions. Research is really vital if you want to learn new things, but that should be pretty straightforward. There’s also a diplomacy system in the game, which isn’t that sophisticated. 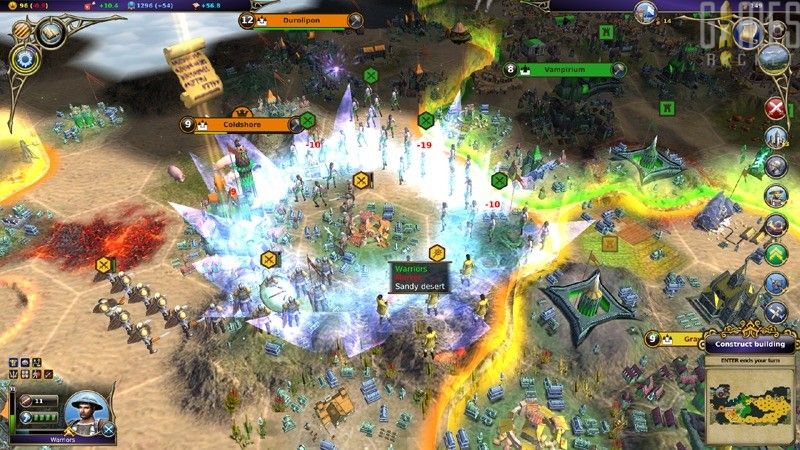 The visuals are a mixed-bag. The game is pretty colourful but the textures seem low quality and the overall image suffers due to this. I really shouldn’t be talking about the visuals in a strategy game, but it could have been better. It’s what we’ve come to expect from Paradox games nowadays, and honestly they’ve always been about offering solid gameplay even though it takes a while to learn the gameplay mechanics for someone who is not familiar with the types of games they make.

Warlock: Master of the Arcane is well worth the money provided you have enough patience to see what the game has to offer before writing it off. The game can get pretty addictive at times and for $15, it’s a good value for money.

The game is fun. Gameplay mechanics are great. Lots of units available at your disposal.

Final Verdict:
SUPERB
Warlock: Master of the Arcane is well worth the money provided you have enough patience to see what the game has to offer before writing it off.
A copy of this game was provided by Developer/Publisher/Distributor/PR Agency for review purposes. Click here to know more about our Reviews Policy.