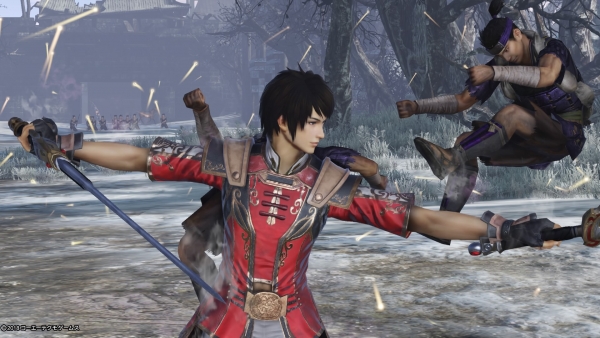 Warriors Orochi 4, the next instalment in Koei-Tecmo’s crossover franchise that spawns from Dynasty Warriors and Samurai Warriors, is not far away from its Western launch, and as is the case with most, if not all, major releases these days, it’ll be sporting some pretty neat visual enhancements on the Xbox One X and the PS4 Pro.

We recently conducted an interview with developers Omega Force, and Furusawa Masaki, who’s serving as producer on the upcoming hack-n-slash title, told us that both on the Xbox One X and the PS4 Pro, the game would hit 4K resolutions, and run at 60 frames per second, though he did mention that the frame-rate would be “variable”. It should also be noted that it’s not clear whether this will be native 4K.

Interestingly enough, Furusawa-san emphasized that there won’t be any visual enhancements or features in the game that will be exclusive to the Xbox One X, in spite of the extra juice its hardware offers, simply because of the fact that this is a game launching on several systems- which includes the significantly less powerful Nintendo Switch, by the way.

Warriors Orochi 4 launches in Japan later this month for the PS4, Xbox One, Nintendo Switch, and PC, while it’s also slated for a Western release on October 16. Check out some of its gameplay footage through here.