Wasteland 2 Wiki: Everything you need to know about the game

Everything you need to know about Wasteland 2.

Wasteland 2 is an upcoming video game that is in development by inXile Entertainment and Obsidian Entertainment (developers of Fallout New Vegas). The game will be released on Microsoft Windows, Apple Mac OS X and Linux operating systems.

The game is a Post-Apocalyptic role-playing game, so it makes sense for Obsidian to be involved with development given the success of Fallout New Vegas.  The game is an official sequel to Wasteland, a 1988 video game that was released on Commodore 64, Dos and the Apple II and was considered a smash hit title, receiving critical acclaim from all across the video game industry.

Wasteland 2 received its funding through the site “Kickstarter” after the developers posted their plans for the game. Since the announcement of a planned late 2013 launch window, the game has been postponed until sometime in 2014. The game is however available in its current form through Steam which allows players access to the game in its current build as part of a “Early Access” program that helps community members shape the development of the title.

In 2003 Wastelands producer and co-designer Brian Fargo (Fallout [1997] and Hunted the demons forge) acquired the rights to Wasteland from Konami. These rights, alongside inXile, gave Brian the opportunity in 2007 to say “”I am indeed looking into bringing back the game that spawned the Fallout series. Stay tuned…”

In late February of 2012, inXile publically announced their plans to seek crowd funding for Wasteland 2’s production cycle through the use of Kickstarter, this was apparently inspired by the example set by Double Fine Productions after they successfully secured funding for “Broken Age” through Kickstarter, raising over $3.45 million. Since then Brian has managed to recruit members from his original development team, as well as game designer Jason Anderson who designed the game engine of Fallout and helped build the Fallout 2 prototype. Anderson later left the company in December of 2010.

Composer Mark Morgan who scored the Fallout and Fallout 2 soundtrack was also taken on bored to compose the games music. Planescape writer and designer Colin Mcomb has also joined the development team as a writer with Nathan Long joining 2 months later as co-writer.

The Wasteland 2 kickstarter page to crowd fund the production of the game first went live on March 13, 2012. Brian Fargo set the games minimum budget at $1 million and agreed to personally provide up to One Hundred thousand dollars if the project fell short. With the funding campaign set at $900,000 it was one of the largest projects ever posted on Kickstarter.

Proving that there was still love for a genuine post-apocalyptic experience, Wasteland 2’s Kickstarter totaled $600,000 in just 24 hours, and within the 43 hour mark, the game had already exceeded its requested goal.  Later in March 30th, the team announced that if the game raised over $2.1 million it would be Co-developed by Obsidian Entertainment, with Chris Avellone (Fallout 2 and Fallout New Vegas) as well.

Upon the completion of Wasteland 2’s Kickstarter in April 2012 it had raised a total of $2,933,252, this ranked it as the third highest video game crowd funding project. They also received an additional £107,152 in pledges from PayPal, after this it was officially confirmed that the developers from Obsidian would be working on the project.  Brian Fargo has since then stated that the game was aiming for an October release date, but since then it has been pushed back to a November release date after a beta period. There are no plans to bring the game to handheld systems, but upon its final release, Wasteland 2 will come bundled with the 1988 original that was released on Commodore 64, Dos and the Apple II.

In November of 2007, a fan run community of Fallout fans called “Duck and Cover” reported that they had found possible concept art being displayed in the main header of inXiles website, this has not been confirmed nor has it been denied. 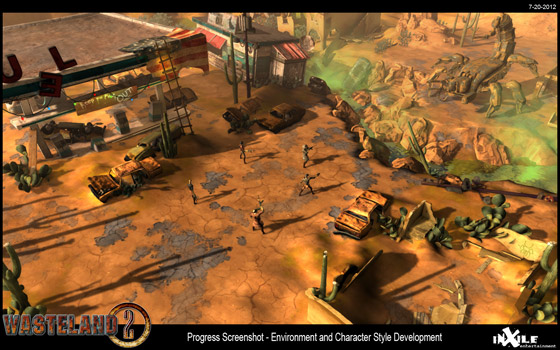 Similar to the Fallout series, Wasteland 2 takes place in a world wherein a nuclear holocaust occurred. A series of meteor clusters striking the earth inadvertently sparks a nuclear war; presumably opposing nations mistook the meteor strikes as missile attacks. On the same day as the calamity, a detachment of US Army Engineers were in a remote location in a desert area.

They were there to build a series of bridges in an area dotted with small survivalist outback communities and a brand new federal prison for housing death row inmates. The soldiers decide that the best place to survive will be in the prison, they evict the death row prisoners from their cells and into the desert, and they then invite the community members into the prison for safety. Years after this, they band together to form “The Desert Rangers”, in an attempt to help other survivors in the desert and beyond its borders. 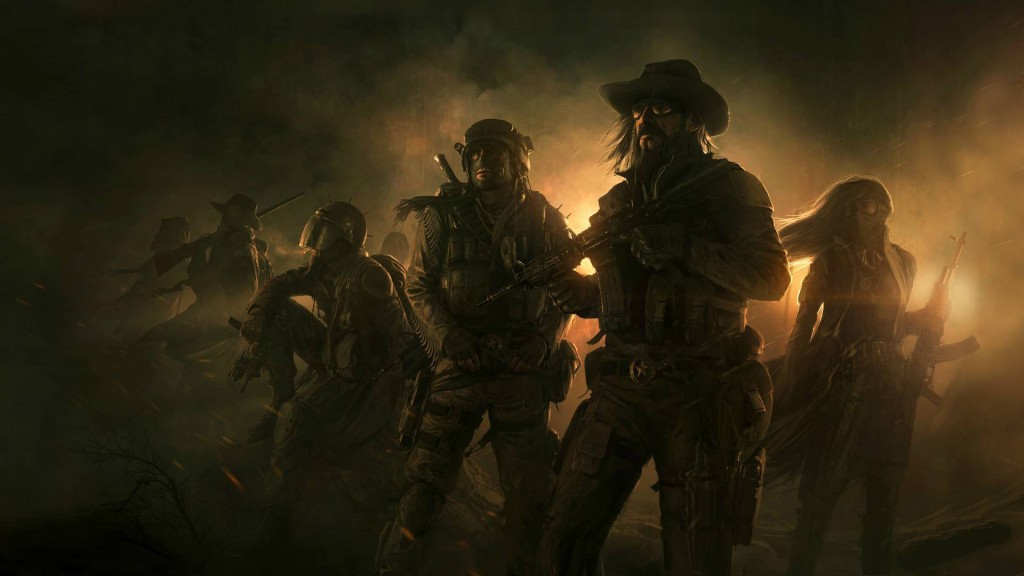 Wasteland will be played from a high camera angle that the player can rotate at will in order to gain a better view of the situation or the environment. The game’s central focus will be on turn based party combat, the player will engage enemies in a turn based tactical combat scenario with a team of up to 7 characters. The player will have direct control over four Rangers that are custom designed, alongside three NPC characters.

The players’ four Ranger characters are going to be highly customizable; the player will be able to allocate skills points to each of the Rangers various skills. Changing the characters skills and statistics will in turn alter the appearance of the Ranger and give them a unique and individual personality.  The non player characters will all have their own pre determined personalities, motivations, opinions and private agendas. This will in turn affect the players experience in the game.