Watch Dogs has received two gameplay demonstration videos so far–at E3 and at PlayStation Meeting 2013–but there a lack of info on the title which was understandable because it was a newly unveiled game. However, we do know a lot about it now as we have received a Q & A with Jonathan Morin, the creative director of the game.

Yes, he was the same person who demoed the game at Sony’s PS4 event.

He talks a bit about ctOS, which basically means the city as a weapon. The game is set in Chicago and the reason for that he revealed was that “it symbolizes modernity and progress alongside crime and corruption; great wealth and high culture alongside abject poverty and brutal violence. Those contradictions make Chicago the perfect location for our contemporary open-world game.”

Here’s his explanation on ctOS.

“In Watch_Dogs, we call this system the CenTral Operating System, or ctOS. Mobile phones allow ordinary citizens to be tracked from their bedrooms to their workplaces. All of these electronic devices form a complex, powerful network upon which we have become increasingly dependent,” he revealed.

“Now imagine one man taking control of that network.

“In Watch_Dogs, you will use Chicago’s ctOS to your advantage. In our open world demo for instance, you can see how Aiden used the bollards against the cops and how he stopped the L Train in order to flee.  These are just a few examples of the unique abilities you will have at your fingertips. Ad the cool part is that you will have access to these tools in every emergent situation the game has to offer. So every creative player out there should check it out because this sandbox experience offers countless possibilities.”

He also revealed a bit about the reputation system which he says “will focus on the player’s attitude towards collateral damages.”

“Is he causing a lot of havoc that injures or kills citizens? Is he acting heroically or like a criminal? Each action will have Positive and Negative effects. The player will choose how he wants to play and the game will not judge him. Our system will simply recognize the shades of greys our society is made of and reflect it back on the player.

“We are not building one of those yin and yang systems that always end up feeling gamey and out of place. Our Reputation System will focus more on how people in our society tend to forge their opinion and this is yet another fascinating subject in relation with our main theme: “the influence of technology within our society.” 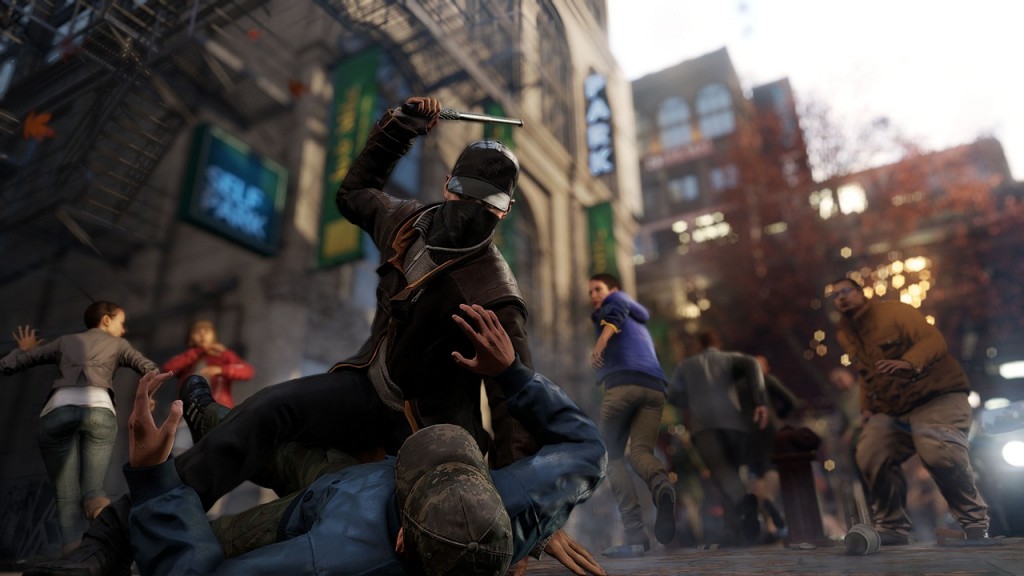 There’s a focus mechanic in the game which allows Aiden to slow down time as you saw in the second gameplay video and, for example, shoot down the tire of a cop car and watch it crashing somewhere.

Players can explore interiors of specific buildings and here’s a basic explanation of how that works.

“Actually, the way we are building the city, we consider its various dimensions: the street level, interiors, but also how Aiden can explore remote areas, back alleys, even the building’s rooftops. Also, Chicago has a large under city that we are leveraging. Finally, remember: players can explore the physical side of the city of Chicago, but also all of its digital layer, invading the privacy of its citizens. As such, Aiden can get into interiors physically, but also by tapping into his ability to access and control any computer in the city.”

The game will be released this year on the PS3, Xbox 360 and PC, as well as next-gen platforms.