You can hack to get music and the lake in the countryside of the map is ‘huge’.

Posted By Rashid Sayed | On 03rd, Apr. 2014 Under News | Follow This Author @GamingBoltTweet

Colin Graham who is the animation Director on Ubisoft Montreal’s Watch_Dogs has revealed a few interesting tidbits about the upcoming open world hacking game.

First of all he confirmed that there will be a time limit for all online contracts. Online contracts involve spying on another player. Just like in stealth games you need to remain undetected and observer the proceedings.  Radio Stations are a given in a open world title that takes place in a modern era, so in that respect how many sound tracks will Watch_Dogs have? Graham revealed there will be a lot of them but he won’t reveal an exact number and you can collect scanning it using the ‘song sneak app’ or simply by hacking people.

He also stated that the music player will be inside Aiden’s phone. “We decided that it was better to have the media player in your phone. Hacking to get music is more WD style,” he tweeted. He also revealed that the lake in the countryside is massive.

Finally, a Youtube user has compared the map size of Watch_Dogs with that of GTA 5. Apparently Watch_Dogs seems to have a smaller map compared to to the behemoth that Los Santos. 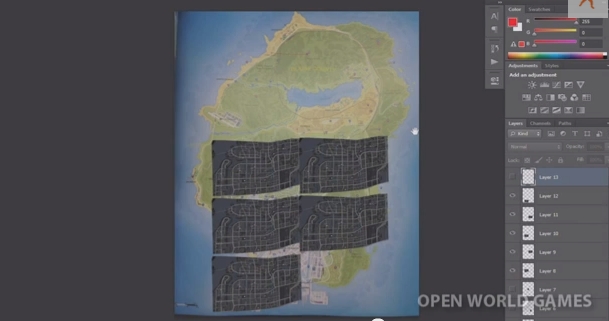 Although this is not an official comparison and we have to wait until the actual map size is revealed, Graham found the comparison to be quite interesting suggesting that the comparison is pretty close to being correct. You can check the video below.

Watch_Dogs is due for the PlayStation 3, PlayStation 4, Xbox One, Xbox 360 and PC on May 27th. The Wii U version will follow a few months later.