Looks like the aim was to have the co-op be as seamless as possible. 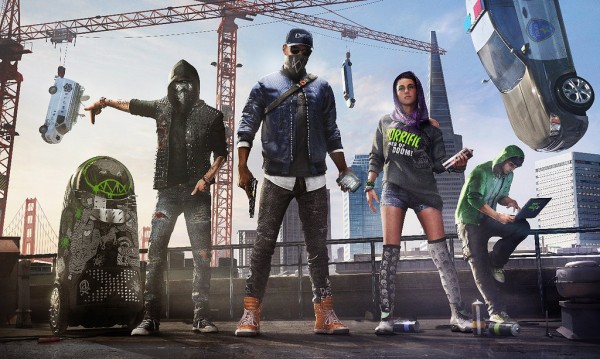 Watch Dogs 2 looks to be a fun and exciting game, one that will take the flawed original title and build on its potential. It appears as though it shall be achieving this by focusing on everything that is necessary to sell the game’s story and setting, while cutting away the unnecessary, tedium inducing fat that otherwise plagues so many modern open world games.

Take, for instance, the AR games of the original title. Speaking to GamingBolt, Danny Belanger, Watch Dog 2‘s Game Director, confirmed that these would not be returning in the upcoming sequel.

“AR games from Watch Dogs are not returning,” he said. “We are offering more city exploration. So as you’re walking around the city, you’ll open Nethack and you’ll discover operations and secrets that will unlock side quests if you want,” he said, also hinting at how progression in the new game might change from Ubisoft’s usual norm, given that their trademark ‘towers’ are not going to be in this game.

He also described the multiplayer mode for this game, pointing out that the priority was to achieve ‘seamless co-op.’ “What I can say today is we’re bringing seamless co-op; we’re going to have seamless hacking so someone can come in your game and hack,” he said. “Now you’re part of DedSec, so you’re part of a hacker group, so we wanted those hackers to work together. So you can be in your single player game but there’s a DedSec ally that’s walking around the street, and if you want you can just go and press a button and go in co-op. We created operations meant for co-op because they’re challenging, so it’s good to have a buddy.”

I’d probably ignore the co-op features entirely, but that’s because of my own playing habits- for most people, co-op being this seamless and integrated is probably going to be a boon, and good on Ubisoft for achieving this.

Watch Dogs 2 will launch on PS4, Xbox One, and PC in November.