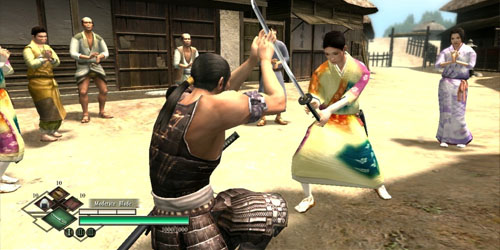 Other details, like the fact that you will be able to chose from four heroes as your character in the beginning of the game, were also revealed in the issue of the mag.

No release date has yet been announced.