There is a fascinating heart that beats within We Happy Few. I just wish it was able to beat its way through the many layers of buggy programming and lackluster gameplay more often than just the handful of times than it did.

It’s been a long time coming but We Happy Few is a finally here. Back in 2015 when the game was announced,  I as well as lots of others were immediately taken aback with the ideas and concepts that the announcement trailer brought forth. All of the anticipation has perhaps brought the game to a hype level that might be more than Compulsion games can realistically match, though, given that they are still a relatively new studio with only one other official release under their belt, 2013’s Contrast, which was good. We Happy Few is a much bigger step into the open world action adventure genre, though, and it ends up being a step that makes the game an experience of harsh ups and downs.

There were times I was very interested and engaged in the story and world, and there were times where I couldn’t be more bored with long stretches of nothing and frustrated with the astounding lack of optimization and polish, at least in the review build. Sadly, I think the bad moments stuck with me more than the good ones, and they were punctuated with a very poorly optimized build that had glitch after glitch impeding the experience at every turn that I so desperately wanted to love.

At first, the game makes an excellent first impression. The alternate timeline in which World War 2 appears to have gone very differently, comes together instantly and I felt like I was in a very unique experience right from the get go. I was literally on the edge of my seat watching the opening scenes set up the rest of the game. The voice actors, writers, and asset designers all seem to be on the same page and that really comes through as the game establishes itself in the first 20 minutes or so. 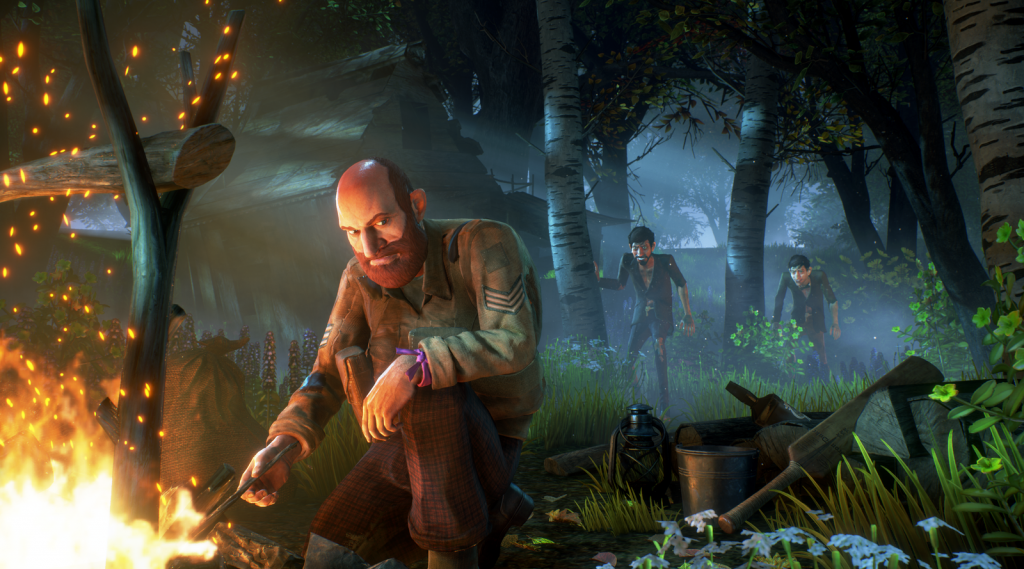 "With all of the gains We Happy Few makes with its atmosphere and the environmental framework, the game is ultimately brought way down from the heights that I think we all wanted it to reach with an overabundance of obstacles between the player trying to enjoy the game and the game refusing to allow that to happen."

While the rest of the game doesn’t live up to what the introduction promised, there were several aspects of the atmosphere that persisted through the many bugs. The art direction is solid. The characters and tone are a nice face for the package. The music composition is al;so a perfect fit for what I’m seeing on screen at all times, giving jaunty bouncy tunes when your character takes the joy, sinister rumblings when you’re being pursued or an interaction with other downers doesn’t go so well, and some nice somber tones in between those two extremes. On top of that the atmosphere is driven home in lots of fun ways with everything from the way the streets and buildings are designed, to the interior of those buildings, the various goofy robots you encounter and even the assortment of television screens you come across, spewing distopian propaganda at all times.

This twisted version of 60’s culture is certainly fun to play around in, when it works. The longer you play the game the more you will notice the attention that went into establishing the two basic classes of citizens; those who take joy and get to partake in society and those who do not. You can venture between those two mindsets depending on which benefits you most at any given time with the game’s most charming mechanic of taking joy. It never got old to watch Arthur Hastings’ brisk walk morph into a cartoonishly jovial stroll as the world brightens up, colors become more saturated, and other NPC’s around him treat him differently.

With all of the gains We Happy Few makes with its atmosphere and the environmental framework, the game is ultimately brought way down from the heights that I think we all wanted it to reach with an overabundance of obstacles between the player trying to enjoy the game and the game refusing to allow that to happen. Bugs with the objective markers, getting stuck in various walls and doorways, NPCs and enemy combatants reacting weirdly or not at all, and other random headaches plagued my experience despite patches and updates, and continued to do so. Bugs ranged from small irritants like massive frame-rate dips and NPCs sitting on invisible benches, to completely game breaking, and the word “unplayable” definitely crept out of my mouth more than a few times when playing the review build of the game.

Certainly, over time, one can assume a lot of these issues will be ironed out with patches, but all I have to work with is what is right in front of me, and what is in front of me is nothing short of an unfinished glitchy game that sometimes does make itself unplayable. I could go on about the bugs and glitches for days, but even assuming those bugs weren’t there and everything ran smoothly, We Happy Few doesn’t exactly break the mold with its game play. Melee combat is easy to understand and seems to work fine, but there’s not a lot of challenge or reason to experiment with it much. Odds are you’ve played this type of combat before, whether it was e in Dishonored, or something else, and those old experiences did it much better with more variety and reliability.

Lastly, while the world may seem brimming with life and things to do, there really isn’t much to explore. This is an open world game without much of a world beyond its exterior. Sure there are a few things you can stumble upon and get mixed up in, but for the most part if you’re the type of open-world gamer who likes to lift up every rock and see whats going on under there, you’re going to feel empty-handed and end up disappointed very quickly. 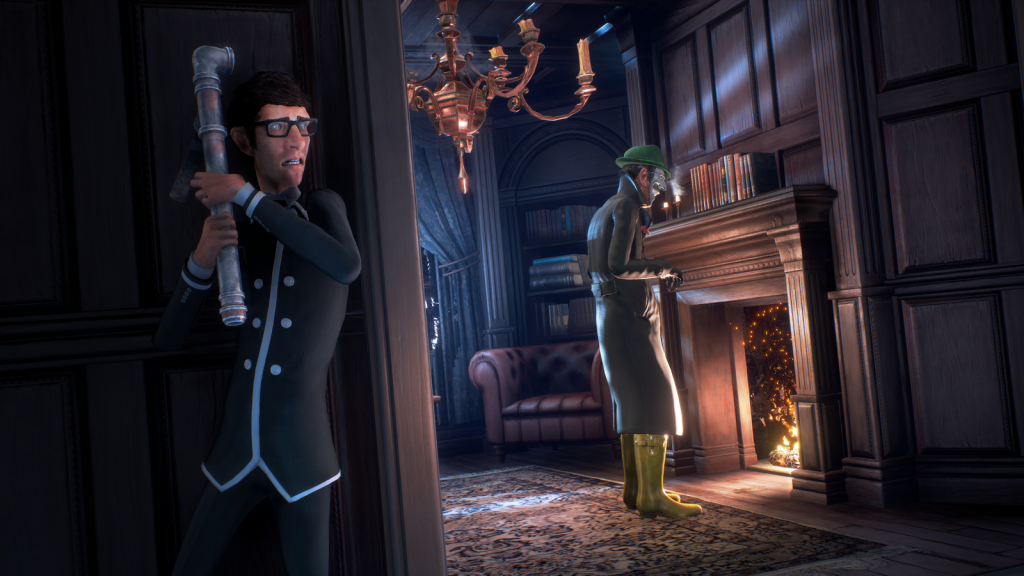 "This is an open world game without much of a world beyond its exterior."

Traveling through this relatively shallow world to get to you next point of interest continues to underline the lack of willingness of the game to truly be a competent open-world game. That being said, once you do get to those points of interest, there is often an experience to be had. The story does meander into occasionally interesting moments that remind me of the hysteria and intrigue that the opening section provided, but it was never really enough to seal the deal.

It would be too simple to write We Happy Few off as just another game that squandered its potential. Surely that has happened here to a degree, but it is more than that because of what it attempted and with how brightly it can shine when it is able to get you to ignore the army of issues that surround so much of the game. There are certainly things to like in this game, and once some time has passed and some patches are applied, I’m sure it will be better off. But even then it won’t be much more than a cool concept in a second-rate package.

The concept and personality of the game are huge leaps forward for the developer and the story will, at times, stop you in your tracks.

The few brightspots in We Happy Few are severely burdoned with often lame gameplay, a madhouse of glitches, and mechanics you have seen done better years ago.

Final Verdict:
FAIR
We Happy Few features one of this year's most interesting settings but fails to fill it with quality gameplay most of the time.
A copy of this game was provided by Developer/Publisher/Distributor/PR Agency for review purposes. Click here to know more about our Reviews Policy.