What Does Google Stadia Tell Us About The PS5 And Xbox Scarlett Specs?

Google Stadia gives us a great overview of what to expect from next-gen consoles in terms of their hardware specifications.

Yes, it’s finally happening. For nearly a decade, ever sine OnLive rolled out its (poorly received) game streaming service to limited success, subscription-based cloud gaming has made the journey from overhyped gimmick to practical reality. And now, with Google having announced the Stadia cloud gaming service, the as-yet unannounced 9th gen consoles are facing competition from a completely unexpected corner.

Backed by Google, a company boasting among the most robust network infrastructure in the world, Stadia is no fringe, startup company brainchild. It’s designed to bring the fight to home consoles. But while no real details about the PS5 or Project Scarlett’s specs have emerged, Stadia’s GPU and processing power are public information.

This feature won’t be about Stadia per se. Instead, we’ll be trying to read between the lines and better understand the hardware the next gen home consoles are likely packing, based on Stadia’s—their cloud-based competitor’s—specs.

Initial reports suggest that Stadia will offer a tremendous amount of processing grunt to subscribers, significantly higher than what even the Xbox One X has on tap. Let’s have a look at Stadia’s specs and try to work out the likely performance of the next-gen consoles. 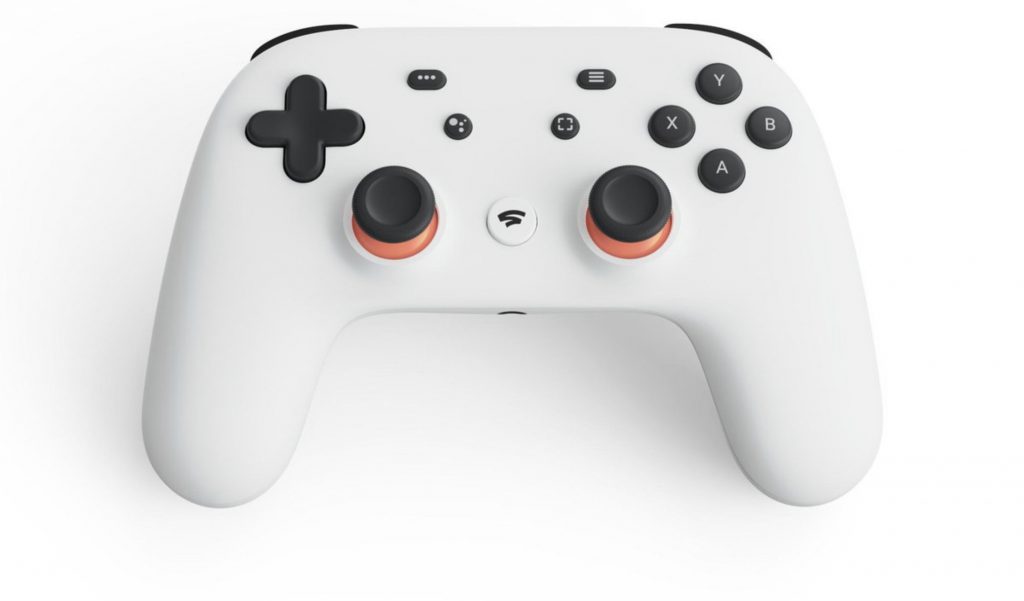 One thing that caught our eye during the Stadia announcement was just how close Stadia’s GPU spec was to AMD’s Vega 56. In the PC space, this cut-down Vega part performs in the same ballpark as the 1660 Ti and GTX 1070. The card’s something of a cult favourite in PC circles: poor out-of-the-box tuning means that most Vega 56s can manage hefty overclocks that bring performance on par with the GTX 1080.

Stadia’s 10.7 TFLOPs of compute, however, is marginally less than what the stock Vega 56 is capable of. At stock frequencies, the Vega 56 offers creditable 4K/30 FPS experiences with settings maxed out. With console-quality settings, many AAA titles will run comfortably in the 50-60 FPS range. As 4K/60 is what the next-gen consoles are likely targeting, ballpark Vega 56 levels of performance are to be expected from the PS5 and Project Scarlett. However, while Stadia is likely using a GPU that’s based on Vega, the PS5 and Project Scarlett are likely powered by AMD’s next-gen Navi GPU architecture. Navi is built on the 7nm process—the die shrink not only brings with it increased power efficiency, smaller die sizes mean that formidable GPUs can be manufactured more cheaply.

A die shrink was precisely why AMD’s 14nm Polaris cards—the RX 480 and its cousins—offer roughly the same performance as the 29nm R9 290X, while consuming roughly half the power and costing half as much. The move down to 7nm will bring comparable gains in efficiency, and Vega 56 levels of GPU power will finally be affordable at console price-points. Stadia tells us that the ninth-gen consoles will most certainly have custom Navi-based GPUs that offer roughly 10-12 TFLOPs of compute.

The inclusion of HBM in the Stadia skews the picture somewhat, however. HBM is very expensive. Gamer Nexus did an interesting analysis on the economics of HBM2 in the Vega cards which you can read here. To summarize, the cost of HBM at present is so high that it accounts for nearly ½ of the materials cost on the Vega 56. At over $130 dollars just for memory, this makes it unlikely that HBM will make the cut on next-gen consoles as it’d result in untenably high retail prices. It’s more likely that increased architectural efficiencies in Navi relating to memory bandwidth will mean that Navi parts on console could be paired with slower GDDR6 or GDDR5X without taking a big hit to performance.

Exactly what processor is Stadia using? Considering how AMD’s seemingly cornered the custom SoC market all to itself, you’d be forgiven for thinking that Stadia would would pair its GPU with a Ryzen-based AMD processor. However, the folks over at PC Games Network got in touch with AMD, who indicated that it was not supplying CPUs for Stadia.

Moreover, Google’s powerpoint on Stadia mentions that the processor in use features “hyperthreading,” which specifically refers to Intel’s implementation of multi-threading. (The AMD equivalent is called SMT). Using an Intel processor makes a lot of sense for Stadia as a cloud-based solution. Despite the outing of AMD’s Ryzen-based EPYC server chips, Intel maintains a very high market share in the server market. Google’s existing cloud architecture is based on Intel Xeon server farms. It’s not surprising, then, that Stadia leverages the vast server resources already available to Google. While running on Xeon servers may make sense for Stadia, it most certainly does not for the next-gen consoles. Instead, we’re likely to see Ryzen-based processors paired with the Navi GPU.

As it stands, first and second-gen Ryzen have an IPC similar to Ivy Bridge and Haswell parts from Intel, not quite competitive with Coffee Lake. Third-gen Ryzen, however, built on the 7nm process, promises both higher clock speeds and greater IPC. The rumor mill suggests that the entire third-gen Ryzen lineup on PC will be hexacore and above (according to WCCFTech). As such, we wouldn’t be surprised to see eight-core Ryzen processors feature in the ninth-gen consoles, clocked in the 3 GHz range. This would have a major impact on PC gaming.

The way things stand now, 8-gen consoles have such weak processors that a dual-core Intel part is more than enough to double console framerates in many cases. As such, many gaming builds today have relatively weak CPUs. Higher CPU requirements could mean that many next-gen games might only run at 30 FPS, even on today’s higher-end rigs. 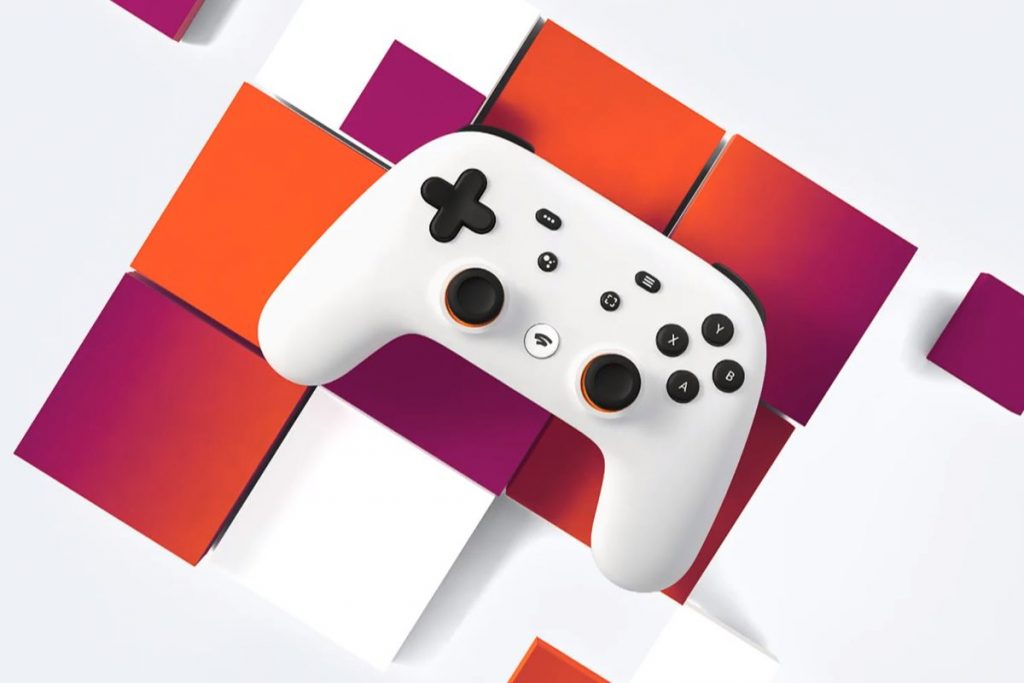 We’ve already talked about how the inclusion of HBM2 in the Stadia does not signal its likely inclusion in the next-gen consoles. However, Google’s spec sheet indicates that Stadia will utilize a shared memory pool for the GPU and processor, much like the current-gen consoles. Considering that, even with 12 GB of shared memory, the Xbox One X often features lower-res textures than PC, we think that a 16 GB pool of shared memory is likely what both next-gen consoles will feature, as in today’s games, 4K texture packs often use upwards of 8 GB of VRAM.

We believe this is another significant area of departure between Stadia and the ninth-gen consoles. Google can offer SSD-based storage for Stadia as it already has vast quantities of SSD storage hooked up to the cloud. While SSD prices have certainly come down over the years, we’re still not in a position where 1TB of SSD storage is cheap enough to fit within a console price-point.

Ignoring the fact that 1TB of space isn’t really that much for today’s games, a mainstream 1TB SSD costs around $150 today. A hard drive of comparable size costs just a third of this. With the other high-end components that are going into the consoles, it’s highly unlikely that they’ll feature SSD storage. A real-world implication of this is that, in ideal conditions, load times on Stadia might be significantly faster than on the next-gen consoles.

While Stadia doesn’t exist in physical form for the end user, it wouldn’t be inaccurate to describe it as the first ninth-gen console or, well, console-as-a-service. While Google hasn’t provided too many specifics, as we’ve seen here, Stadia’s current hardware specs paint us a picture of the general ninth-gen performance envelope.

There aren’t too many surprises here: Vega 56/GTX 1070 levels of GPU performance paired with a Ryzen processor is about where the PS5 and Scarlett are likely at. In the PC space, this means that many of today’s high-end rigs won’t be redundant in the ninth gen. High-end PC components have remarkably long legs. Keep in mind that the 2009 Radeon HD 5870—the world’s first DX11 GPU—is a 2.72 TFLOP part that still delivers better performance than the PS4, a decade after it released.