Google Stadia is Not Shutting Down

The Quarry, High on Life Could Have Been Google Stadia Games

Google was reportedly going to announce The Quarry and High on Life as Stadia releases, but the deals have since fallen through and both games are getting traditional releases.

An updated court document states that in order to suppress competition from Epic Games, Google at one point considered buying the company.

Additionally, Google has also confirmed that starting Q4 2021, developers of Stadia games will get an 85% cut of all revenue generated from their releases (but with a few caveats).

Another nail in the service's coffin. 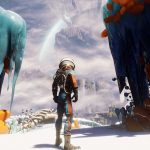 Journey to the Savage Planet is Broken on Stadia, But Nobody is Fixing it Because Google Shut Down the Developer

A whole lot of confusion surrounding who exactly should be fixing the game (the answer is Google).

A new lawsuit takes aim at the streaming service and early promises.

Development costs and the COVID-19 pandemic were also factors.

Stadia Will Receive Over 100 Games This Year, Google Claims

Several third party releases are on the docket for Google's service, it seems.

Google is Shutting Down Stadia First Party Studios, Will Focus on Stadia More “As a Platform”

Google is being Google again.

Microsoft, Amazon, and Google Reportedly Still in the Market for Acquisitions

Journalist Brad Sams says EA and Sony are on the lookout for potential buyouts as well. 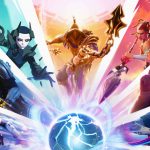 Big promises for what appears to be a struggling service.

Everyone can use a little good stuff.

Epic brings action against Apple and Google's store guidelines, which it describes as monopolistic. 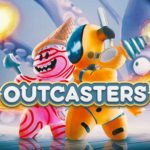 Outcasters Is a Twisty Competitive Shooter Coming Exclusively to Stadia

Developed by the studio behind Gears Tactics.

Stadia Has Partnered With Supermassive Games and Harmonix for Upcoming Exclusives

Google taps up two studios to develop exclusive titles for its service.

The annual conference gets a date for this year.