What Happened To PlayStation Exclusive Getaway?

What the hell happened to once hyped Getaway series?

A notable quirk about the 2000’s was its popularity of a variety of gang films, especially amongst younger men. Considering the stereotypes, it’s easy to see the appeal – especially if the media can convey a stylish and cool tone, and deliver on either involving political intrigue or some slick action. As the Grand Theft Auto franchise ascended amongst gaming audiences, it captured the wave of that gang popularity found in movies and TV, and at times we could even see that transfer into games made based on fictional depictions of gangs.

One such example of that is The Getaway series, a briefly-lived gaming franchise inspired by gangs in Britain, and developed by SIE London – a Sony studio, now known as Sony Computer Entertainment London. But for what would seem to be a successful formula, The Getaway’s life as a franchise was cut short abruptly, never making it past a decade. What happened to The Getaway? We’ll take a look in this feature. 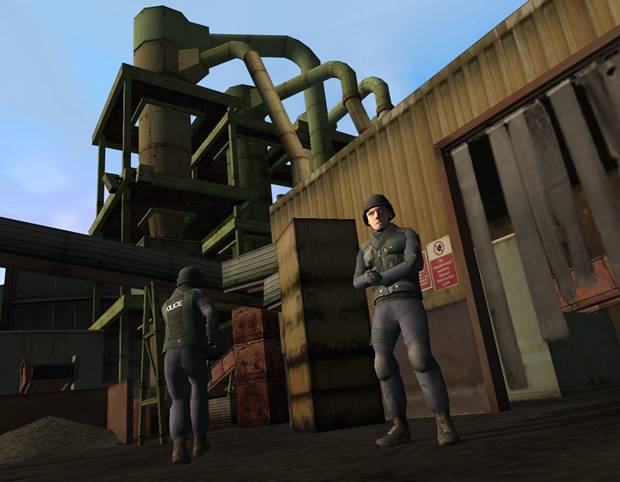 It starts with The Getaway, releasing in December 2002 in Europe and in 2003 for North America and Australia, with the game also later being released in Japan with Capcom publishing it. Plans for what would become the first The Getaway game began during the time of the PlayStation, with groundwork being laid for a mission-based free-roaming vehicle title. Over the course of development, it would move onto the PlayStation 2, and this game structure would be scrapped, just a prototype for what would lie ahead. The game was made between Sony London and Team Soho, a Sony subsidiary, now formally a part of SCE London.

A strong motivator for the creation of what would become the first The Getaway game is the desire to seamlessly transition between different areas in the game that the player is nearby. There would be no separating segments of the world of London, the setting for The Getaway, and simply dividing them with “loading walls.” This however was not an easy task, and development took Sony years of effort to accomplish. The Getaway would not be widely playable until E3 2002, following a round of screenshots being posted to promote this ambitious project during the time of E3 2000. All of this time and effort was a significant resource drain on Sony London, and it would see to the closing of two Sony studios, and the cancellation of works-in-progress at Sony in Britain. 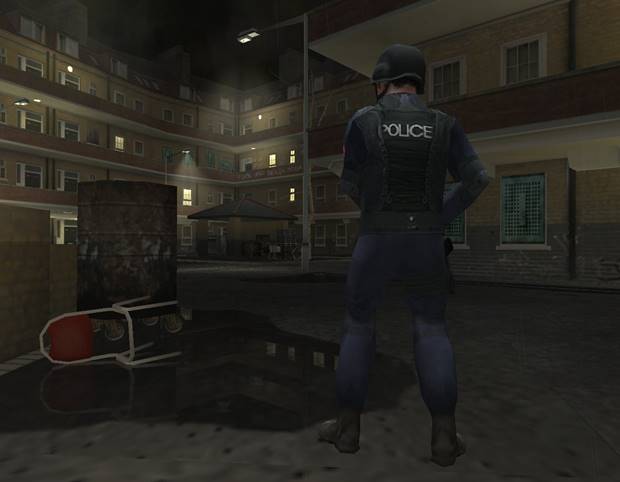 The Getaway was all about detail. Early promotional media were praised for the level of detail that they showed off, and the game featured an assortment of real cars and guns that the characters would use to carry out mission objectives. When experiencing the game, the game player is not held back by an intrusive HUD or an abundance of brightly-colored objective markers in game – this allows people to be more fully immersed in playing through The Getaway.

With the great amount of time and money invested into the game, Sony had to hope that the game would sell well to make back what was put into it. Reportedly, it was a million-seller in the United States, and sold more than 600,000 in the United Kingdom – not such a bad start for the franchise. The reviews were a different story – they were essentially “alright” on the whole. While the graphical detail was often praised, the gameplay itself was seen as underwhelming, and the plot and voice acting were also targets of some criticism, with the depictions of racism seen in game also perhaps putting some game players on edge.

What could be said about The Getaway was that, after all was said and done and the game was released, the groundwork was there for a sequel that could maintain the momentum of the first title, existing in a time when games like the Grand Theft Auto series were already popular. It would just need some more attention to refining its gameplay. 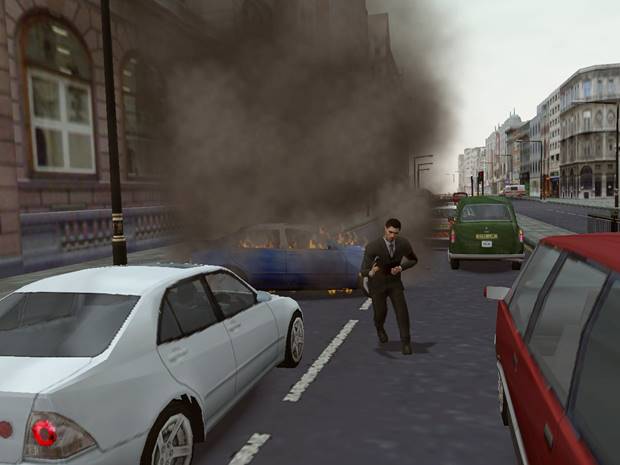 This would take the form of The Getaway: Black Monday, releasing in 2004 for Europe and in 2005 for North America and Australia, and for the PlayStation 2. After the criticisms levied at the first The Getaway game, this would be important both for Sony’s investment and for the sake of the franchise itself.

However, what resulted was essentially more-of-the-same as a gameplay experience, though the plot featured new characters and there were more vehicles than the previous game. The cutscenes and cinematic nature of the gameplay experience were highly praised, alongside the voice acting, but the enemy AI were repeatedly criticized. Driving and shooting experiences in the game aren’t significantly improved, held back by flawed vehicular physics or weapon targeting. As with the first The Getaway, while a cinematic delivery framework of a game story existed, the plot and characters were not there to really resonate and take advantage of that framework.

Strangely, Black Monday would seem to more or less cement what The Getaway as a franchise would be known about – games that were primarily there to be experienced, as a movie might be. In a time before the surge of heavily cinematic games with great environmental realism and highly involved dramatic stories, such as the The Last of Us, it’s interesting to see what The Getaway franchise became. It’s hard to think that this game was intentionally prototypical of the type of game that The Last of Us was, but on a superficial level, it’s also not hard to think that The Getaway franchise was a sign of things to come, even if it took the form of underdelivering gameplay experiences. 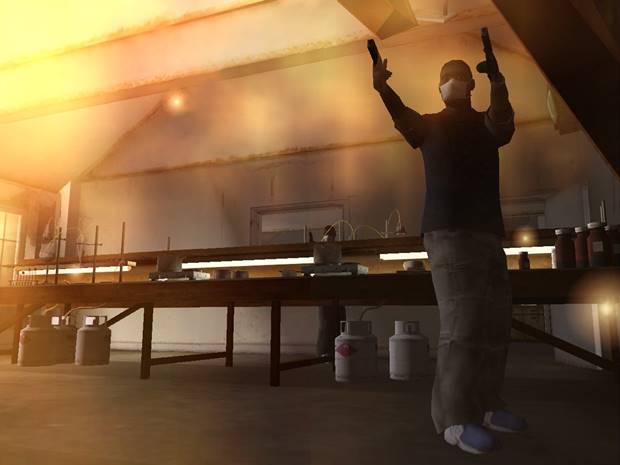 The tech demo footage, amongst other media touted to promote the not-yet-released PS3 by then- (and newly-formed) Sony Computer Entertainment Worldwide Studios president Phil Harrison, attracted a modest amount of attention, with The Getaway 3 demo’s environments rendered in great detail, and masses of vehicles and people all going about their way. However, this was also the year that the media was quite skeptical of what exactly was on display that could be directly attributable to the PlayStation 3.

Nevertheless, while a screenplay writer hired for the game stated that The Getaway 3 was still in development in March of 2008, the game would eventually be canned, or rather “put to the side,” as stated by Sony in 2009. Sony London would clarify that they shelved The Getaway 3 in favor of working on EyeToy hardware and the SingStar franchise, or the PlayStation Eye as it came to be known for the PS3. But while there was potential that could be delievered upon as seen in the E3 2005 tech demo, The Getaway’s timing and execution were simply off.

Had the gameplay, and to a lesser extent, the plot of the games been more serviceable, The Getaway would be seen as a franchise that marks the game development potential of Sony London, and could very well have continued to this day. But since the gameplay experiences were too underwhelming, Sony London would take their focus elsewhere. Tell us your experience with The Getaway games, if you have any. Can the franchise, if revived, succeed in today’s gaming climate? Does the type of story and world, the tone of the games, have a place for mainstream game players?