What Happened To Sly Cooper?

Where is Sony’s popular platformer?

The Spyro: Reignited Trilogy has recently released, and the success of the Crash Bandicoot remake is such that it saw to Crash Team Racing: Nitro-Fueled, a remake of Crash Team Racing for the first PlayStation. The arrival of such titles invites speculation and discussion about the return of mascot platformers and 3D platformers in general, such as with the Jak and Daxter and the Ratchet and Clank franchises.

But one name that may escape others’ mentions might be that of Sly Cooper, whose releases earned a modest amount of popularity, such that Sly Cooper was one of the characters chosen to be playable as part of the Smash-like PlayStation All-Stars Battle Royale. But why no word on the franchise for so long? We’ll look back on the franchise with this article on What the hell happened to Sly Cooper? 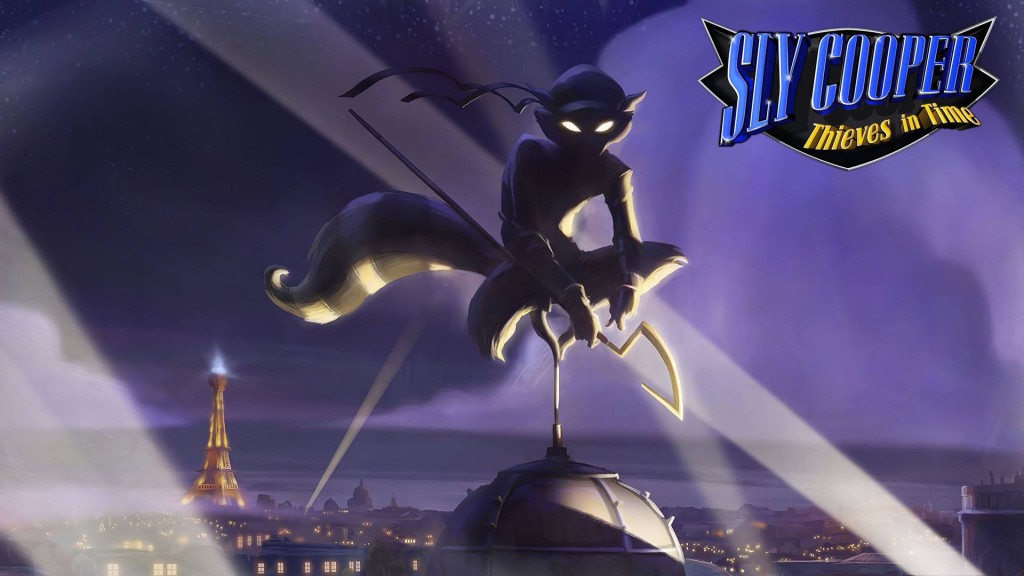 The first Sly Cooper game – Sly Cooper and the Thievius Raccoonus – released for the PlayStation 2 in 2002 and 2003. It stars Sly Cooper, a master thief who is descended from a line of skilled vigilante thieves who target criminals, as he takes on the Fiendish Five in search of the Thievius Raccoonus, a family heirloom that contains the accumulated thieving techniques of past generations of Coopers. Sly Cooper has his own gang that helps him in his exploits – the turtle Bentley, who specializes in hacking, and Murray the hippopotamus, who is responsible for helping the gang make getaways, and these three friends all met in Mrs. Puffin’s Orphanage, wherein they pulled off their first together as kids – plotting to steal a jar of cookies from Mrs. Puffin’s office.

The Fiendish Five, all of whom are criminals and are responsible for killing Sly Cooper’s father before he could pass the Thievius Raccoonus to him, have divided the Thievius Raccoonus amongst themselves, and have hideouts around the world from which they scheme to terrorize the local population. Sly Cooper games are platformers, but you aren’t encouraged to run around and attack all enemies in sight with your cane; rather, these are stealth games, in which you should be using your environment or movement to sneak up on or evade enemies and security systems. The games feature cel-shaded rendering, which makes the action cartoony and fun.

While the first game initially didn’t sell well, having to compete with other major platformers such as the first Jak & Daxter and Ratchet & Clank games, it eventually sold enough to be part one of Sony’s Greatest Hits, and the game and its developer, Sucker Punch Productions, were later recognized for their game design achievements, with the game still reviewing well amongst publications. 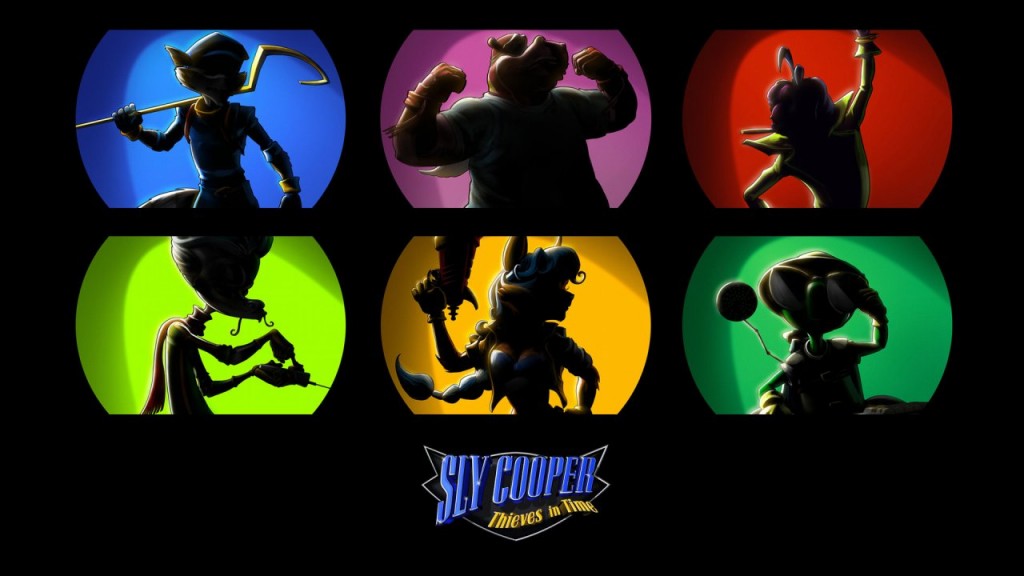 The first game would be followed up by Sly 2: Band of Thieves, releasing for the PS2 in 2004 and 2005. It is a significant evolution from the first game and introduces several major gameplay changes, including a health bar and a special gadget bar called the Thief Meter and the Gadget Meter respectively, and the ability to play as Bentley and Murray but with more fleshed out combat and gameplay styles in comparison to the first game. Many power-ups can now be purchased, rather than found throughout playing the game or in vaults (though some power-ups are still found in vaults.) In the second game, Sly and his gang are retrieving the scattered parts of the destroyed Clockwerk, so that they can never pose a threat to him or the world once used or reassembled.

The next Sly Cooper game is Sly 3: Honor Among Thieves. The game was also notable for including 3D gameplay sections, and for packages of the game including 3D glasses, though playing through the game in 3D is optional. The game also introduces a number of other new gameplay elements and includes four two-player mini-games.

The last Sly Cooper game is Sly Cooper: Thieves in Time, which released in 2013 for the PS3, three years after the The Sly Collection was released for the PS3 – a compilation of remasters of the first three Sly Cooper games. It was developed by Sanzaru Games, which was responsible for The Sly Collection. Thieves in Time features Sly, Bentley, Murray, and Carmelita as playable characters. Bentley, who is holding onto the Thievius Raccoonus, notices that its pages are disappearing (with Penelope also disappearing during this time) and so Sly’s gang is reassembled to travel back in time to investigate and find out who is behind the disappearance of its pages.  A secret ending reveals that Sly later somehow awakens in Ancient Egypt, setting up a sequel. 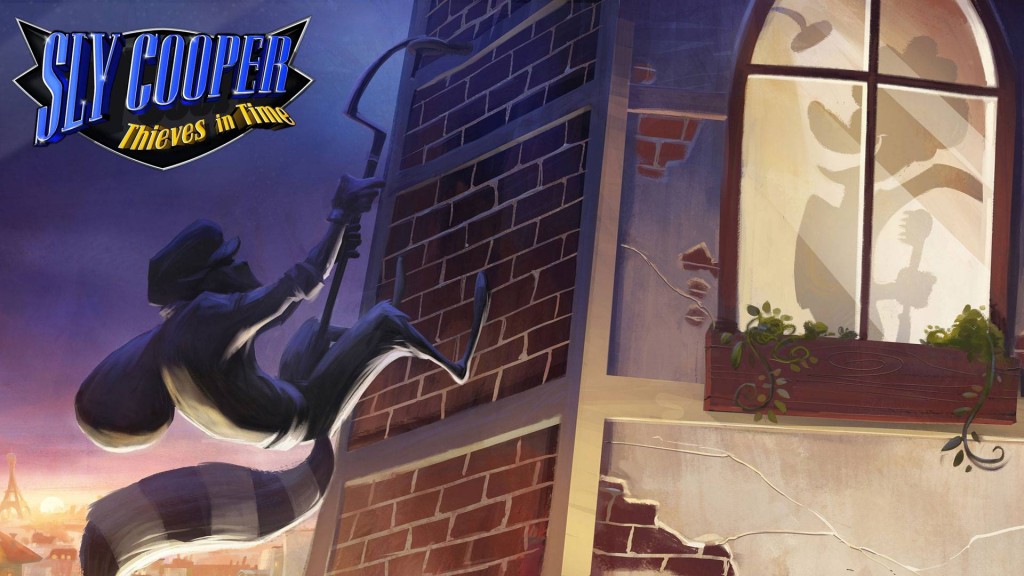 What of the future of the franchise? It is modestly popular, with Sly and Bentley appearing in PlayStation Move Heroes, Sly’s gang and Carmelita appearing in PlayStation All-Stars Battle Royale, and two comics, which take place between the first and second games, and the second and third games. A Sly Cooper movie has been in the planning stages, but after the failure of the Ratchet and Clank movies, it appears to be in development hell.

And in 2017, Sony announced that a Sly Cooper animated television series consisting of 52 11-minute episodes, with a premier date set for 2019, following the main three members of Sly’s gang, being vigilantes for justice while escaping the grasp of Carmelita Fox. Earlier in May, it was also announced that Sony had opened their own movie and television production studio in California, leading to speculation that the Sly Cooper TV series might be produced there. As for the games themselves, after Thieves in Time was completed, Sanzaru expressed interest in continuing the franchise, but whether or not that would happen depends on Sony’s word. But as of November 2014, Sanzaru Games has stated that “there are no plans for another Sly Cooper title.”

And considering the great time it has been since that remark, it seems unlikely that Sony is trying to push a revival of the colorful stealth platformer series. Generally, Sony’s stance seems to be to quietly ignore the franchise, and not answer questions about it so as to not fuel any fires or draw attention to it.

Understandably this is a move that invited some ire from fans, but with the revival of the Crash Bandicoot series and the release of Spyro: Reignited Trilogy, along with fan demand for new games from the Jak & Daxter and Ratchet & Clank series, the timing is ripe for fans to push for more Sly Cooper! Let us know about your favorite Sly Cooper game in the comments section below, and what you might expect from a Sly Cooper 5. Should Sony re-release The Sly Collection for PS4?