What Is Outbreak Island?

Outbreak Island is combining survival horror gameplay with detective elements, and it's looking like a really promising mashup.

The survival genre has experienced a significant uptick in the number of releases in recent years, which is obviously because there is a lot of interest surrounding games of this ilk. Games like Valheim, Minecraft, and Terraria have become huge hits, and continue to entertain legions of dedicated fans across the globe. While many developers are busy trying to create knock-offs of these experiences for a quick buck, there are others that are hard at work in trying to add their unique spin within the framework provided by these survivalist roots.

Falling into the latter of these aforementioned categories is a game called Outbreak Island, which looks like a run-of-the-mill survival game at first glance. But those willing to really look into the nitty gritty details of the game would find a marriage of unlikely design elements that come together to differentiate Outbreak Island from dozens of contemporaries. To that effect, we ask the question – what the hell is exactly Outbreak Island? 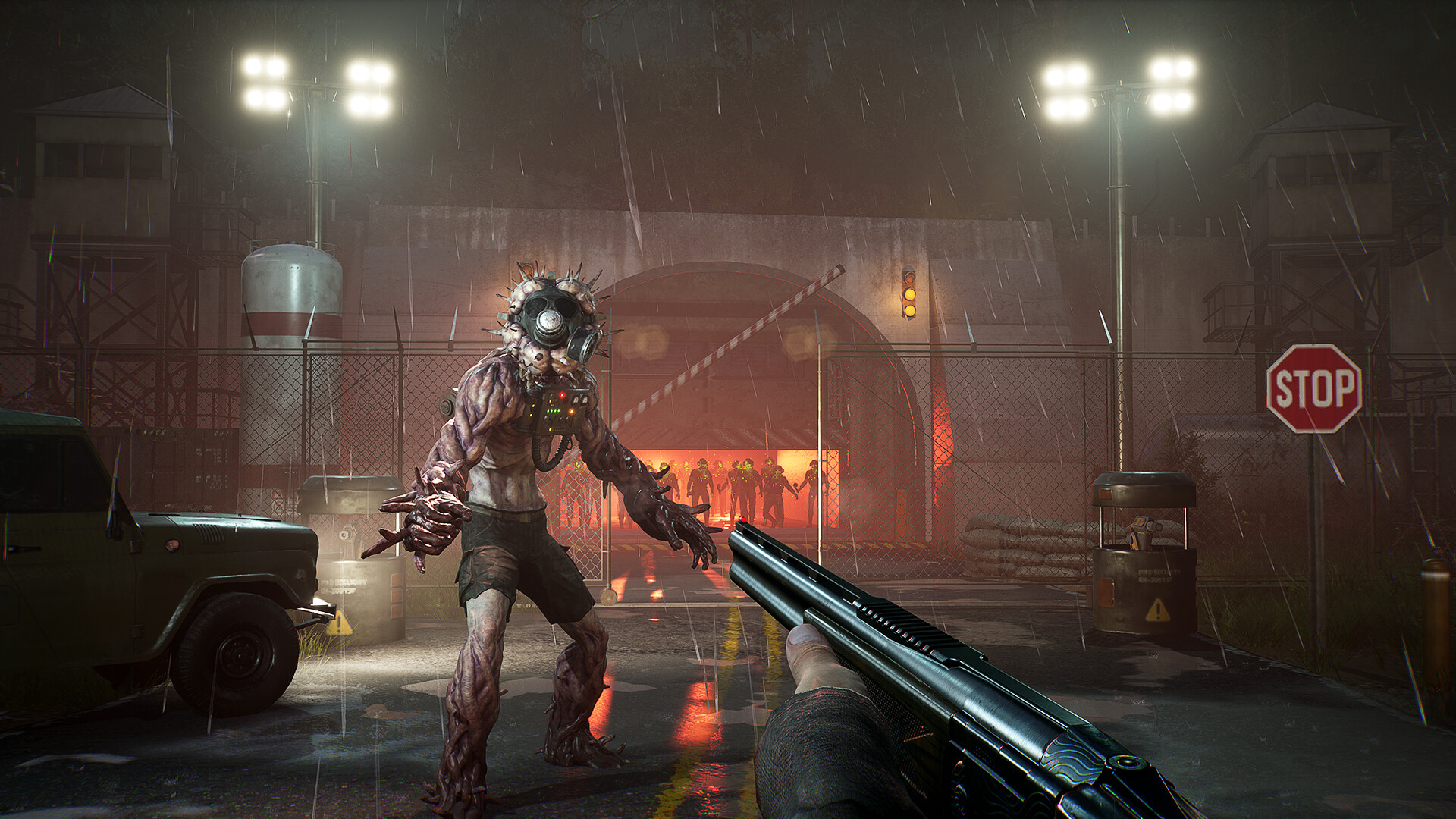 Outbreak Island is an open-world survival game that’s currently in development at Tiny Magicians. The studio has previously worked on a rather simplistic project called Watch Your Ride, which is essentially a bike racing game with procedurally generated levels. So Outbreak Island is the studio’s first big outing, and it looks really impressive, to say the least.

The game is set against the backdrop of a post-apocalyptic place called Erslen Island. You see, the residents of this island have turned into mindless zombies that are constantly on the hunt of any and all remaining survivors. With no end in sight to this horror, the authorities have isolated this land – leaving the residents all alone with no help and supplies. In addition to this, the island is also experiencing strange weather changes such as bright green storms – which seems to have some sort of connection to the Incident and the associated radiation.

Players take on the role of an experienced detective by the name of Howard Chapman, who has just arrived on the island and is on a mission to uncover the mystery behind this incident, and hopefully – put an end to this disaster. As the great detective himself, players will have to make their way through hordes of zombies and bandits as they try to venture deep into the island and uncover the grim realities behind Project Pendulum. 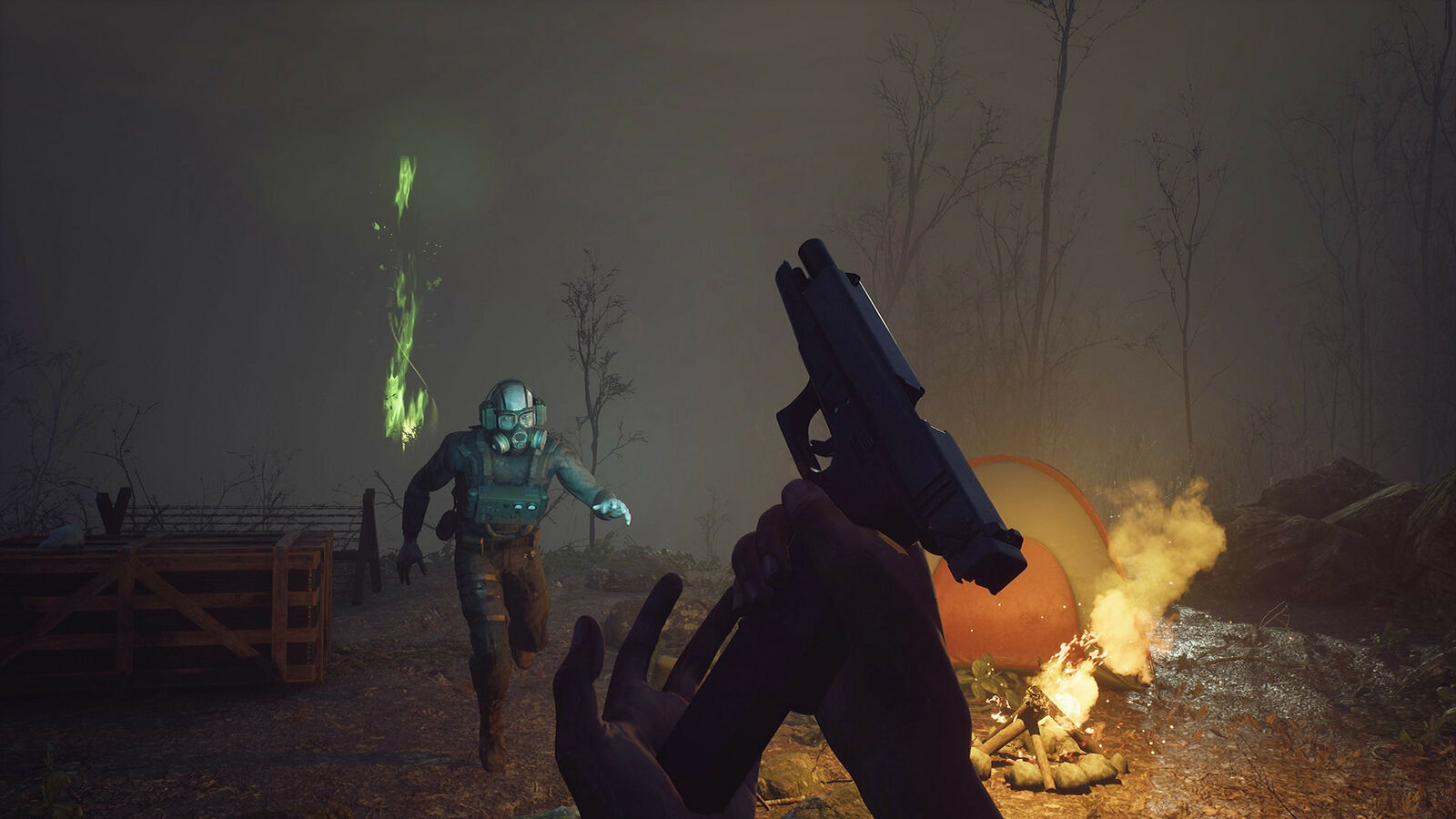 While the premise certainly sounds a mouthful, it could end up being one of the most surprising aspects of this experience. Survival games don’t usually bother too much with storytelling, but Outbreak Island could distinguish itself from the pack by delivering a captivating experience with the story, and we certainly have high hopes for the game in this regard.

Of course, the gameplay is going to be the focus and Outbreak Island is actually an open-world survival game with detective elements peppered into the mix. So while players will constantly be trying to make it out of tough situations with scant resources at their disposal, they will also be engaging in collecting clues and information with an intention of really understanding the intent and purpose of Project Pendulum. Players will always have a camera in their arsenal, which will be used to capture any relevant clues. Furthermore, you might have to take the aid of the camera to traverse dimly-lit underground dungeons and facilities as well.

Apart from that, Outbreak Island features a familiar but captivating gameplay loop of constantly collecting powerful gear and taking on bigger challenges. Players will start off with little to no resources in their inventory, but slowly and steadily – you will become more powerful with new weapons at your disposal. The gunplay itself is looking brutal with heavy kickback animations and thunderous sound effects accompanying each gunshot. Additionally, players will also have the option to pummel down enemies using makeshift weapons like pipes and spears made out of branches – and hopefully, the game might also feature upgrade systems for each of these weapons. But if frontal assault isn’t your style, you could try and thin the enemy resistance through silent takedowns or better yet avoid them altogether by hiding behind cover spots and carefully traversing through the island. 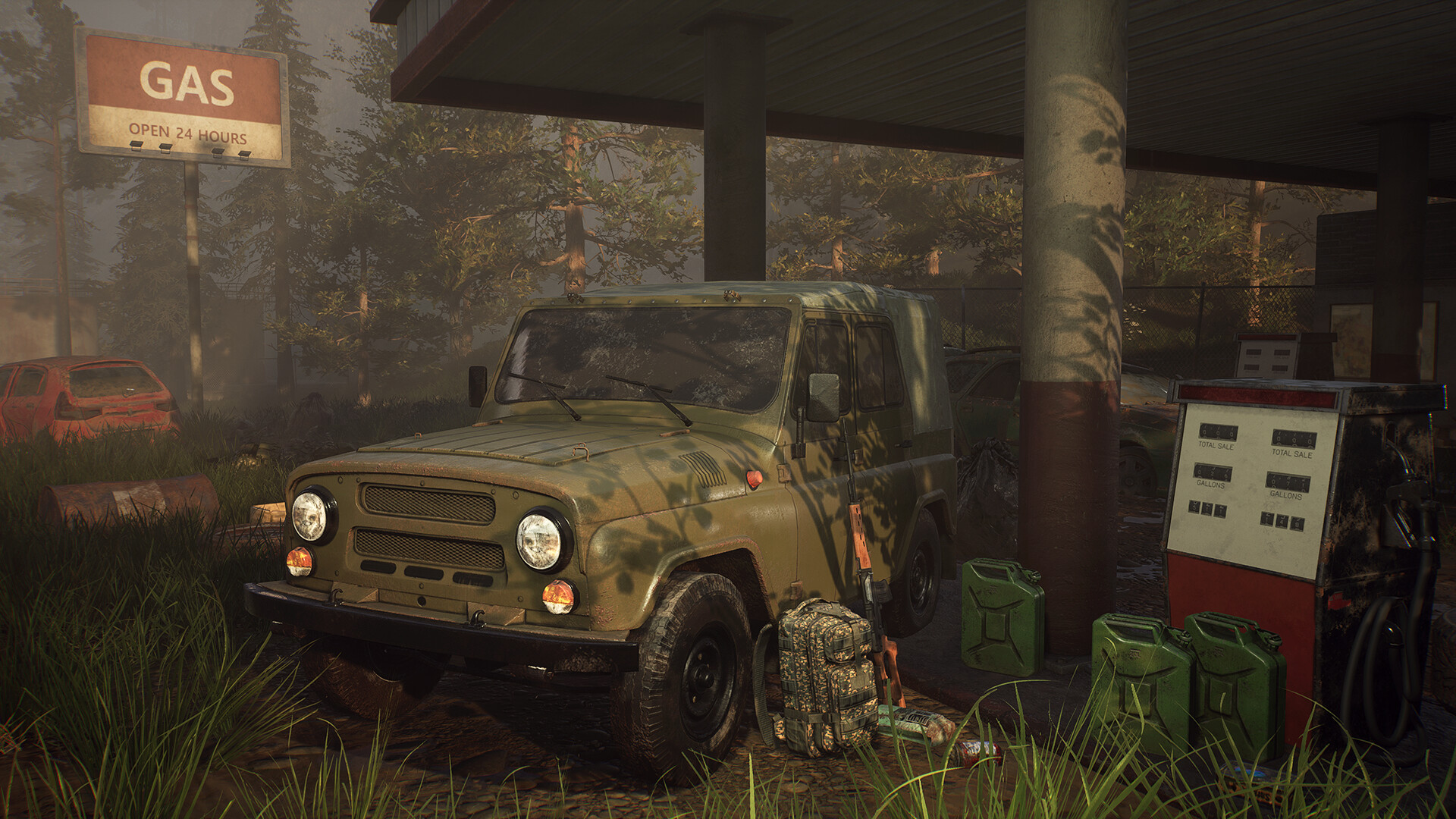 Base building will also play an important role in the gameplay proceedings as well, and players will have the option to set up a base of operations to spend the night or to just have a safe haven from the threats of this island. Players can use these camps to check up on inventory and supplies, and if the nearby land is suitable – they may even be able to grow crops and stock up on food as well. But that luxury is going to be short-lived since players will have to constantly be on the move to gather new clues and continue the investigation. Thankfully though, you will be able to hitch a ride on the many scattered vehicles throughout the island which should also provide some safety from the enemies that roam these lands.

While Outbreak Island is being developed by a small-scale studio, the game seems to be punching well above its weight in the visuals department. The production quality looks to be on par with what one would expect from a AAA release, with a highly-atmospheric setting and great texture work. The lighting, reflections, and volumetric fog along with the muted color palette beautifully culminate together to create an unsettling vibe that’s a perfect match for this kind of experience. Apart from the technical aspects of the experience, accompanying elements like voice acting and the music are also looking to be quality stuff – which should help make the game pleasing for the masses.

Over on the topic of release, Outbreak Island doesn’t have a release date as of yet. That said, interested fans can download a free-to-play version of the experience called Outbreak Island: Pendulum. While the critical reception hasn’t been the best, many of the aforementioned elements really shine in this limited slice of the game. Elements such as the AI and the inventory management might need some reworking in accordance with fan feedback, but the game certainly seems to be going on the right path to success.

Sure, there’s still some time before we get our hands on the complete package, but at least we can rest for the time being knowing that the game is in the right hands. As for console releases, it seems pretty likely that Outbreak Island would make its way over to other platforms if it garners enough popularity on PC, much like how is the case with most indie and AA games in this space. But in the absence of any official updates on the matter, it’s best that fans keep expectations in check for now. In conclusion, Outbreak Island is looking like a really promising marriage of unlikely game design elements and we really hope that it manages to combine them into a neat package and refined experience that ends up being worth the wait.