What is War of the Worlds?

Developer Flipswitch's upcoming War Of The Worlds is looking like an interesting spin on the genre's tried-and-tested formula.

The survival genre has become one of the most popular in gaming, thanks to a number of smash-hits from the indie and AA markets such as Valheim, Minecraft, and Don’t Starve just to name a few. But few would argue that as the genre has grown in popularity, most games tend to fit within a very well-defined box. You would start out as a nobody in a hostile land, and slowly and steadily build your character in terms of gear and stats, fight some enemies, then rinse and repeat. It’s a really addictive gameplay loop which is why it works time and time again, but it also tends to get stale after a dozen hours of doing the same things over and over again.

There are many developers that are working on crafting new and exciting survival games that address this very criticism while still retaining the same feeling of being one lowly prey in a hostile world. One such game is FlipSwitch’s upcoming War Of The Worlds, which has a couple of distinguishing elements that help it stand out from the crowd. To that end, we ask the question – what the hell is exactly War Of The Worlds? 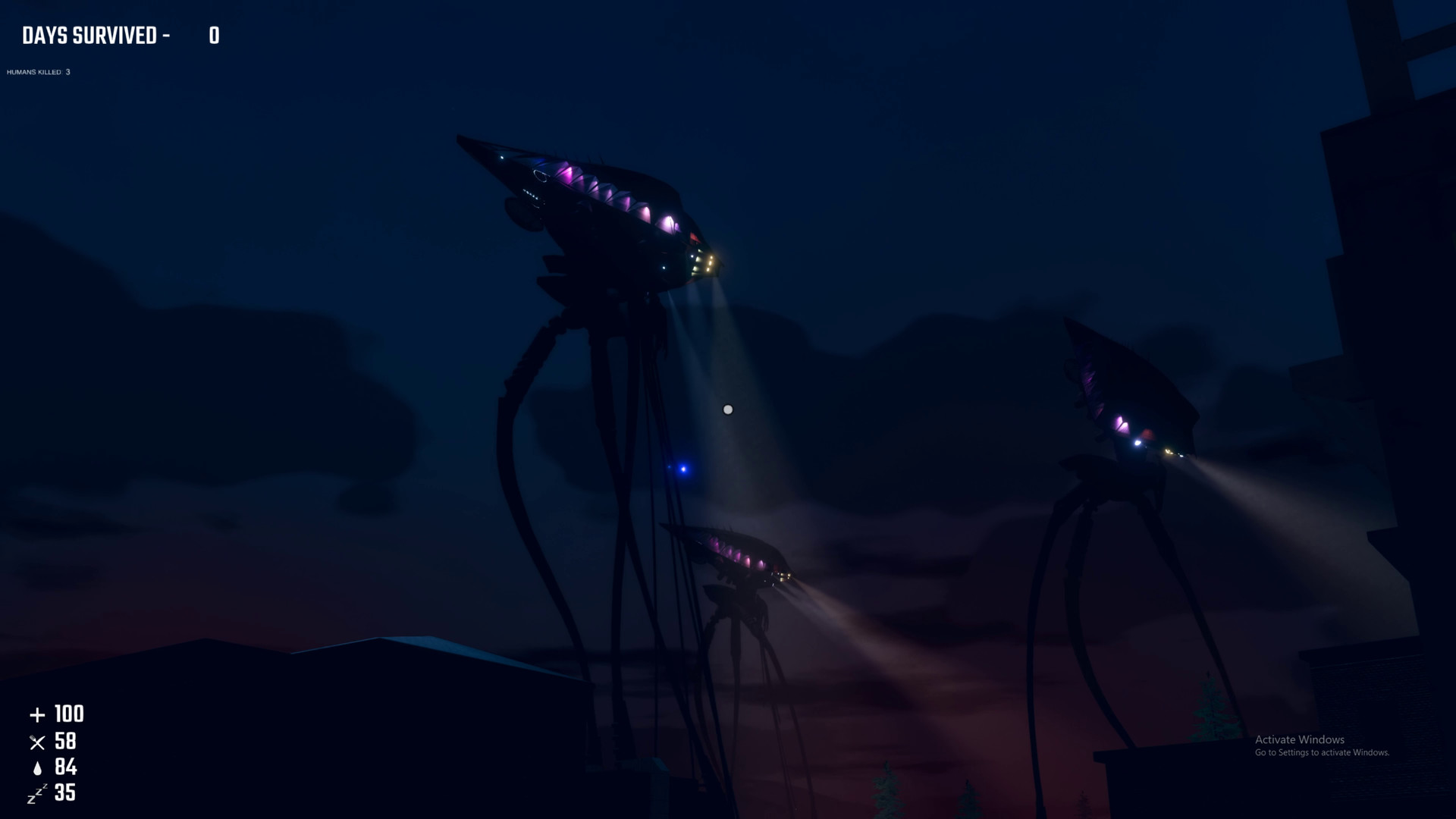 As mentioned before, War Of The Worlds is a survival horror game that’s currently in development at FlipSwitch Games. The developer previously worked on a game called the EmergeNYC, which sees players assuming the role of a fire brigadier as they answer distress calls from all across the map. Featuring primitive graphics and janky gameplay, EmergeNYC obviously didn’t enjoy the most positive of critical or commercial reception, but we can surely hope that critical learnings from this project will help make War Of The Worlds a better and more-polished experience than what came before.

Set against the backdrop of an open-world where humanity is on the brink of extinction, War Of The Worlds puts players headfirst into a raging battle between the collective human armies and the invading alien forces. As you can imagine, humans are on the verge of defeat – and as a lowly citizen, you must hide from these hostile forces and find a way to survive – either by hook or by crook. But that’s not all, as your character has a greater destiny planned ahead of them. You also need to survive long enough to find a way to defeat the aliens which would be carried out through a story mode that the developer claims will blend neatly into the survival mode.

As such, the moment-to-moment gameplay revolves around scavenging the many environments for resources and keeping tabs on everything from your hydration levels to hunger and drowsiness. Each of these stats will have knock-on effects on your character, so they need to be kept in check to keep functioning with full efficiency. In addition to the towering alien presence, the military or fellow human NPCs in the open world might also attack you for precious resources. 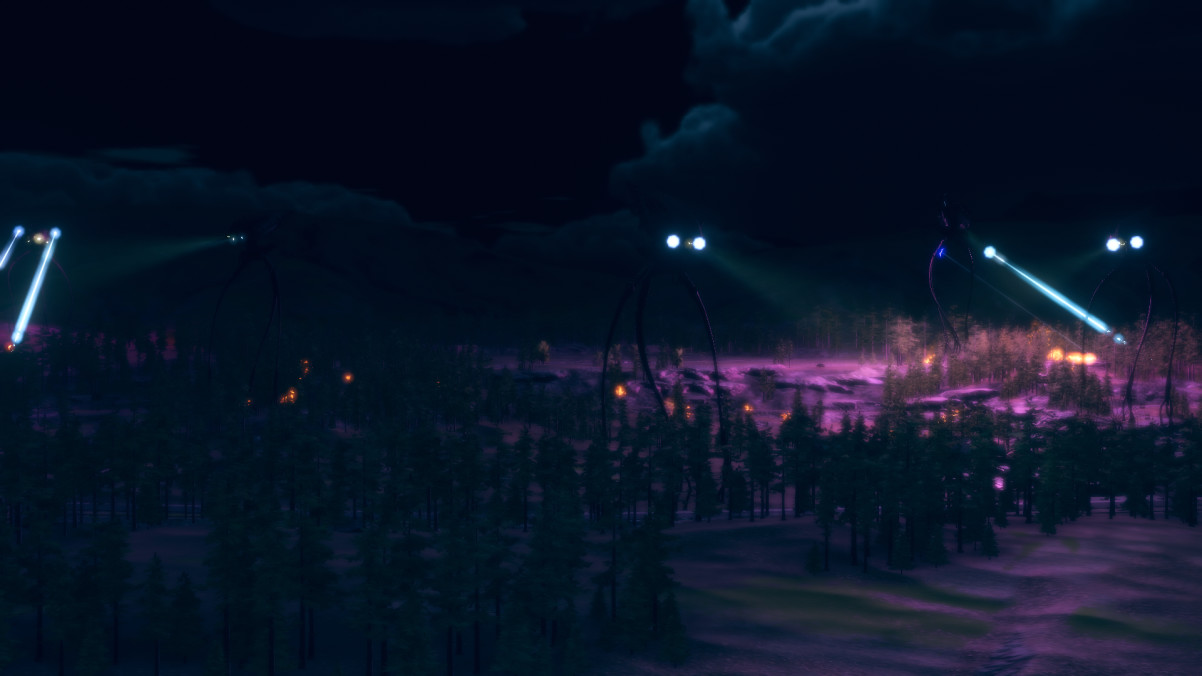 War Of The Worlds puts a lot of focus on the survival aspect of the experience, and you will have very few opportunities to fight back against the imposing opposition that are the aliens. Sure, you could hop on to a military vehicle and try to gun down alien ships through machine guns and rocket launchers – but don’t expect to get much out of it. In order to defeat the aliens the right way, you will have to focus on surviving as long as possible – which should unlock new story chapters organically and give you ways and opportunities to turn the tides of the battle.

War Of The Worlds’ open-world is an interesting one, mostly because of the fact that it isn’t centered around the player existing within that space. Instead, the world is indifferent to your presence most of the time as events and conflicts will dynamically take place throughout the map – and you can actually hear distant cries and gunshots when you are at a particular distance from these places. You could use that information to avoid going to that place, or you could enter the fight and try to procure as many resources as possible. It’s an interesting concept, and one that we would want to see in all its glory when the full game releases in the near future.

The open-world itself will also be fairly large, featuring plenty of neighborhoods to scour for resources and other vital items for survival. Players will be able to hop on cars to get around places quickly or escape from a dangerous situation, but alien towers overseeing the entire map might blast you if they catch a glimpse of you. 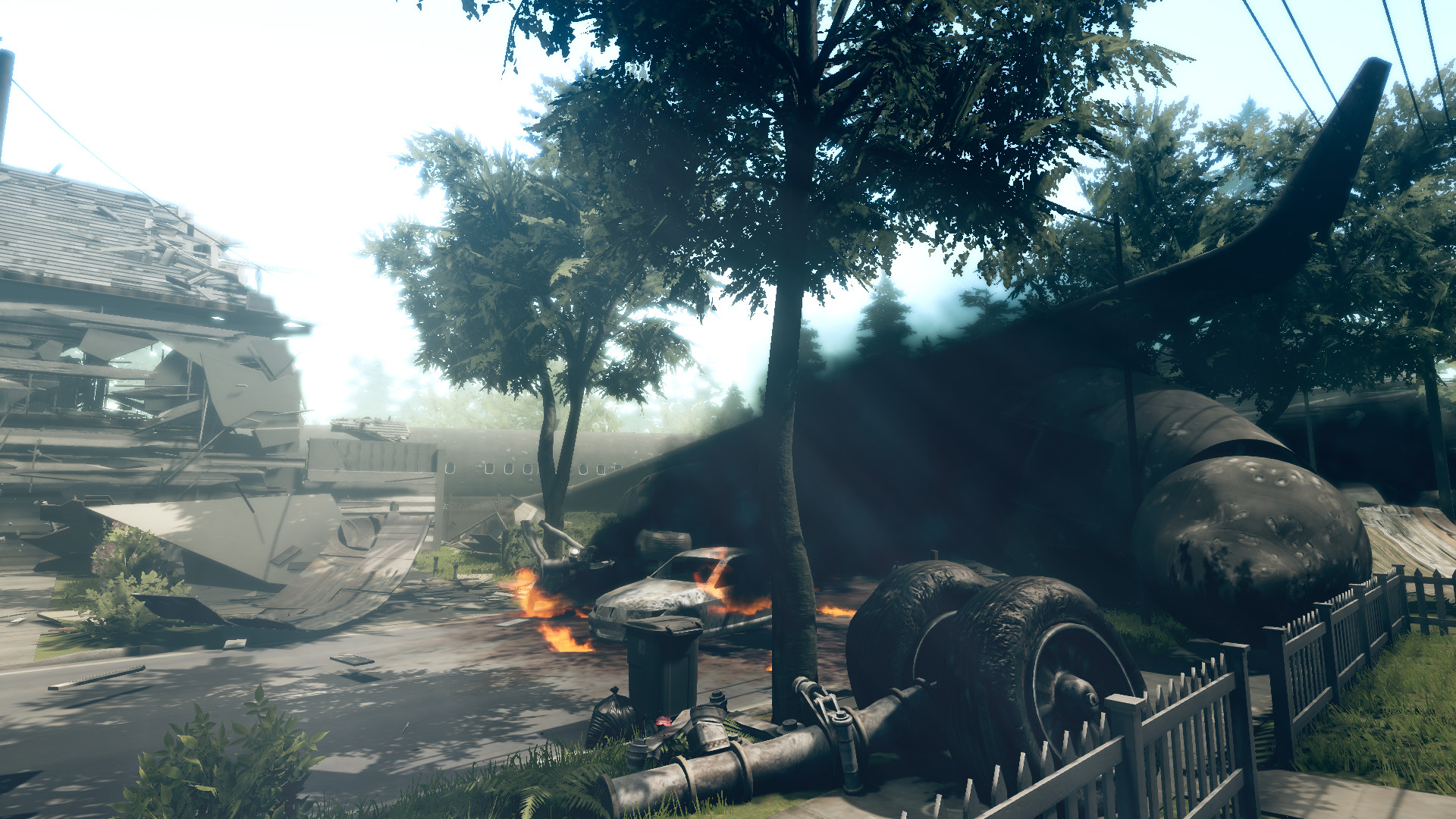 Apart from the single-player survival mode, War Of The Worlds will also feature an interesting multiplayer game mode. You could hop on to the game as a part of the human team, where your goal is to survive for 7 days wherein you will find ways to defeat the invading forces. Or you could assume the role of an alien where you will have to battle the remainder of the human armies as you try to capture the planet. As the alien, you will also have the option to commandeer new vehicles and fire weapons – which should make for an interesting spin from the single-player offerings which are obviously light on action.

War Of The Worlds’ visual presentation is nothing to gawk at, although you could say that its beauty lies in its simplicity. The draw distance doesn’t look impressive, and assets at faraway distances like trees are of pretty low quality. The animations and environments also don’t look all that great, so the game would definitely need a glow-up before the full release hits.

And that brings us over to the release side of things. War Of The Worlds is already available on Steam through Early Access, and the team is hard at work adding new content and polishing issues with the experience. As of now, the current build only contains a free roam survival mode with only 5 story chapters – but the full release is set to offer larger maps, a co-op mode, and the aforementioned multiplayer mode. The game is being self-published by FlipSwitch, and is being funded by Patreon. The developer aims to get the full game released by the end of next year, and while that might sound as a realistic deadline – it’s best to keep expectations in check since delays are pretty frequent in such cases.

In conclusion, War Of The Worlds is looking to be a really interesting take on the survival game, and coupled with the interesting multiplayer mode and dynamic open-world – this game could end up being a smash hit amongst fans of the genre. FlipSwitch has something really valuable on its hands, and we are hoping that it manages to make good on most if not all of its lofty promises.