What Made Gran Turismo 3: A-Spec An Amazing Game?

20 years after its original release, we take a look back at Gran Turismo 3: A-Spec and ask ourselves what made it one hell of a game?

The turn of the century was an important one for gaming, as the new and improved hardware of the PlayStation 2 and Xbox provided new avenues for more mature experiences. Games such as the likes of Halo, Metal Gear Solid 2, Grand Theft Auto 3, and of course, Gran Turismo 3: A-Spec pushed the boundaries of their respective genres with solid and innovative gameplay and great visuals. Gran Turismo 3: A-Spec was released in 2001 to rave reviews, and still stands as one of the most well-remembered games of the franchise to this date with a shining Metacritic score of 95. It’s been over 20 years since the game first came out, and as such, it would be a missed opportunity to not look back at it and ask the question – what made Gran Turismo 3: A-Spec one hell of a game?

Context is of the utmost importance when it comes to the release of Gran Turismo 3: A-Spec. Developer Polyphony Digital had already proven its mettle within its previous work on the Gran Turismo series for the original PlayStation which garnered huge critical and commercial acclaim as well. Thus, fans and the press were already keeping a keen eye on what the developer was planning for its debut title on the PlayStation 2. Polyphony originally named the game Gran Turismo 2000 and would appear such in the beta version that was shipped to demo discs, but ultimately changed it to Gran Turismo 3: A-Spec following the long time it was taking to develop the game. 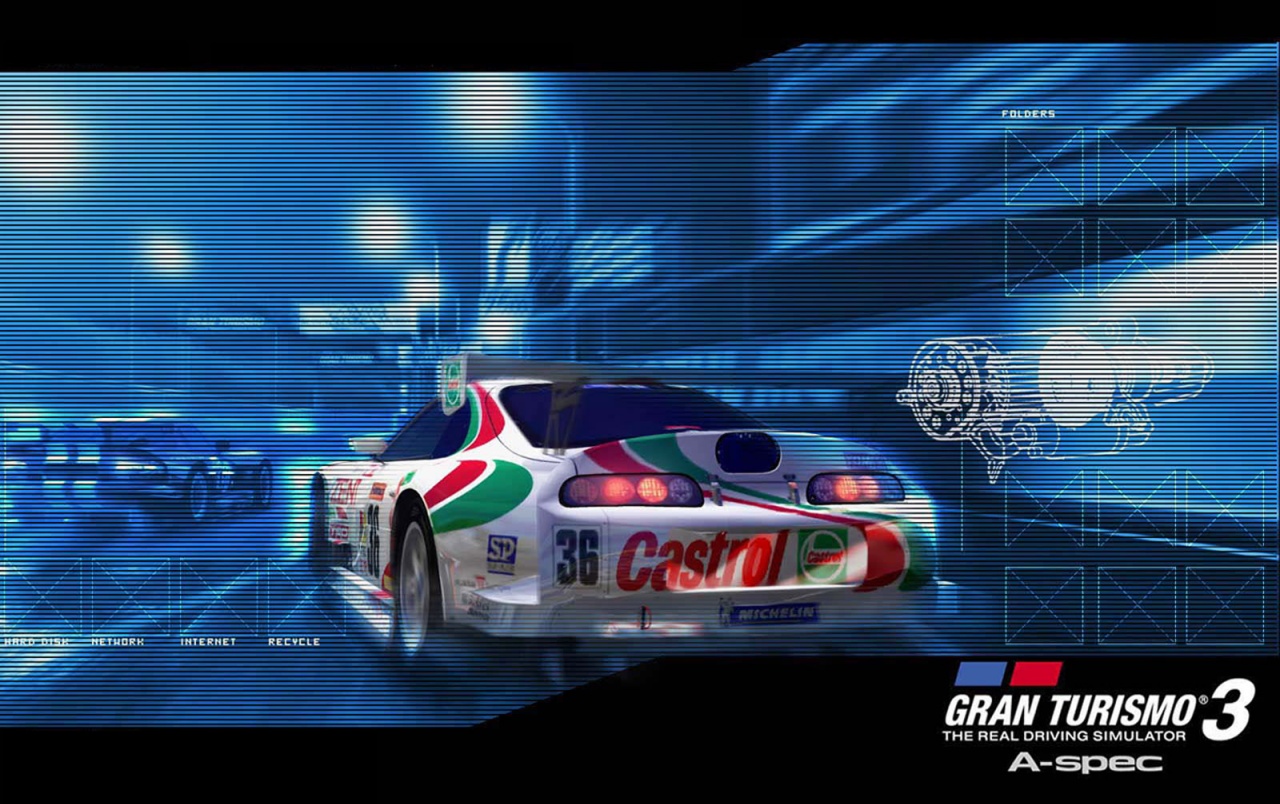 Racing games are known to be at the very cutting edge of technology, and the case has remained such for decades at this point. Being among only a few studios that made such high quality racing games, Polyphony Digital had to once again make the game a showcase for the at-the-time brand new PlayStation 2 hardware. It’s fair to say that the developer knocked it out of the park, specifically when it comes to the graphics and technology of the game.

Cars have gorgeously detailed exteriors with polygon counts that dwarf those found in previous entries of the franchise. The shadows are leaps and bounds ahead of what one would generally expect to see in any early PS2-era game. Of course, the environments also look equally gorgeous and they are filled to the brim with special effects such as dust particles and smoke flying through the tracks when you drift on the terrain. The shiny exteriors of the car also reflect the surrounding environments through the use of primitive cube mapping technique. Apart from all the technical wizardry, the game also manages to retain a pristine look which can be attributed to some great art direction by the developers. Gran Turismo 3: A-Spec‘s technical make-up might look rather rudimentary by modern standards, but back in its day – it stood stall as one of the, if not the best looking game on the PlayStation 2 alongside Konami’s Metal Gear Solid 2: Sons of Liberty.

Of course, sheer visual prowess isn’t the only thing going for Gran Turismo 3: A-Spec. Its gameplay also received a huge bump in quality. The significantly more powerful CPU of the PlayStation 2 allowed for a more in-depth and realistic simulation experience, and Polyphony Digital delivered on this premise with significantly more sophisticated physics and driver AI capable of taking players head-on and providing a worthwhile challenge at the highest difficulties of the game. 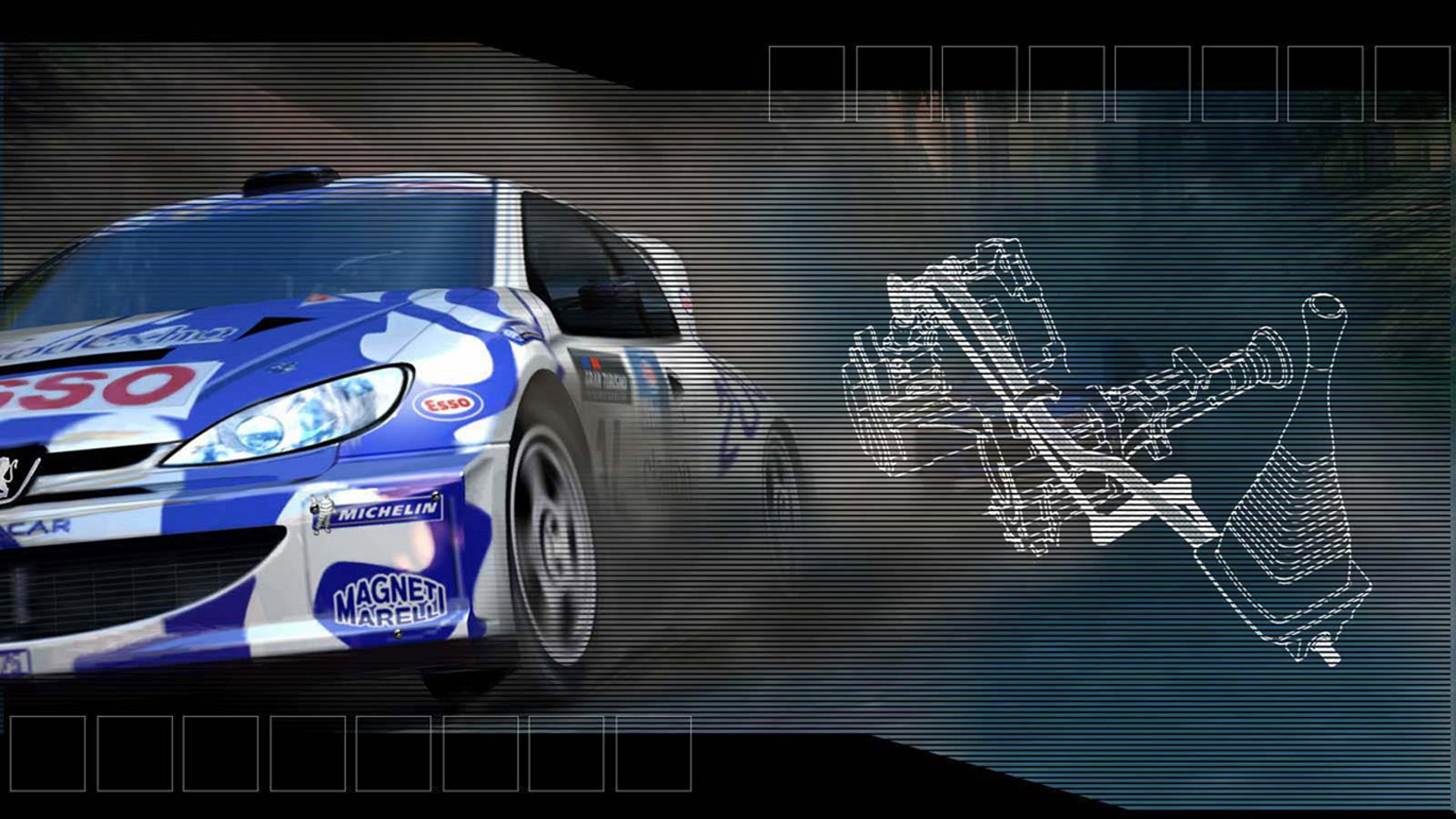 While Gran Turismo 3 lacks in the number of vehicles when compared to its predecessors, fans do get to have a fair bit of variety in what is present. Gran Turismo 3: A-Spec just has 200 cars compared to the 600+ that Gran Turismo 2 featured, but the ones featured in GT3 are much more highly-detailed than previous renditions. GT3 also draws much more attention to the diversity of the cars on offer with its reworked car dealership feature. Players could select cars from the list of countries, and then from the manufacturer as opposed to stocking cars under rough sections like North City, West City, and whatnot. On the topic of cars, Gran Turismo 3 also introduced Formula 1 cars into the mix, which are a nice addition to the roster even if the number of cars were less.

Gran Turismo 3: A-Spec is also one of the more accessible games of the series for newcomers. It’s still mostly simulation stuff that would mostly appeal to gearheads – but it does house a couple of clever design choices that are sure to ease newcomers into the driving seat. For instance, the game’s speedometers will tell you the appropriate gear you should be in when you take a sharp turn so as to maximize your performance in the period afterward. You can also complete a fair bit of the game’s unlocks by completing races on the Easy difficulty, making it an ideal starting point for newcomers to the franchise or the genre. 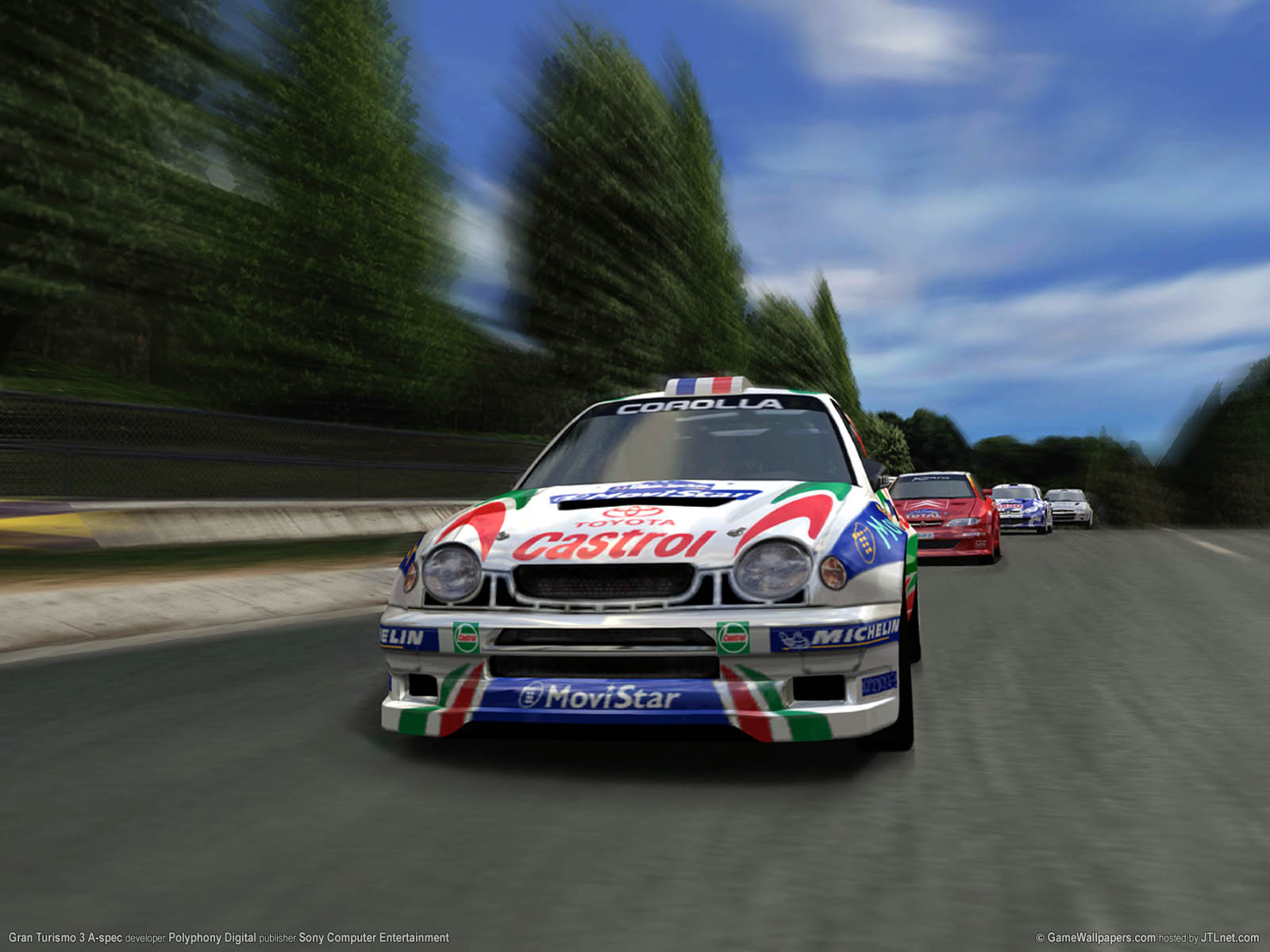 All of this resulted in the game being a massive hit among fans, and as such Gran Turismo 3: A-Spec enjoyed great commercial reception. The game sold over a million copies in just a couple of days following its launch, and managed to retain the same momentum across a multitude of key markets for quite some time. Gran Turismo 3 sold over 14.8 million copies, which made it the second best-selling PlayStation 2 game right after Grand Theft Auto: San Andreas which sold 17.3 million copies.

To definitively tell what made Gran Turismo 3: A-Spec one hell of a game, we need to keep in mind the time of its release. 2001 was a great time for racers, and much like today is the case with free-to-play live service games – almost every big-name publisher and developer was trying to put a mark on the genre with its own spin on the formula. Need For Speed, F1 Racing, NASCAR Racing, Test-Drive, and Burnout all released in close proximity to Gran Turismo 3: A-Spec for the PlayStation 2.

However, Polyphony’s attention to detail in both the richness of its simulation gameplay as well as its at-the-time groundbreaking visuals is what would elevate it from the rest of its contemporaries. Gran Turismo 3: A-Spec was a game that both newcomers and hardcore gamers could enjoy. Polyphony was able to capture a large demographic of target audience with Gran Turismo 3‘s excellent core gameplay that surprisingly holds up to this day, and perhaps that’s what most importantly makes it one hell of a game.