What Went Wrong With The Thing?

Based on a cult classic movie, The Thing had many unique gameplay ideas, but the franchise was prematurely discontinued due to many reasons.

It’s generally believed in the games industry that a game based on a popular movie franchise is an unfortunate accident just waiting to happen. We have seen a lot of instances of this situation, ranging from the early Batman games to Rambo to Fast and Furious and many more. But what if I told you that there was a licensed game that made true on its lofty promises?

The game that I am talking about is The Thing, which was based upon the movie by the same name which itself was based on a short story by the name, Who Goes There? The story revolves around a group of soldiers investigating a strange alien force which has the ability to take on the form of anyone that it comes in contact with, which means that no one can be entirely trusted in these circumstances. The Thing was released on the big screen in 1982, and the John Carpenter-directed sci-fi horror was initially lambasted by critics as a run-of-the-mill horror movie with nothing interesting going for it. But when the movie was released on TV and VCR, it gained a brand new audience that absolutely lapped it up and as a result – became a cult classic. 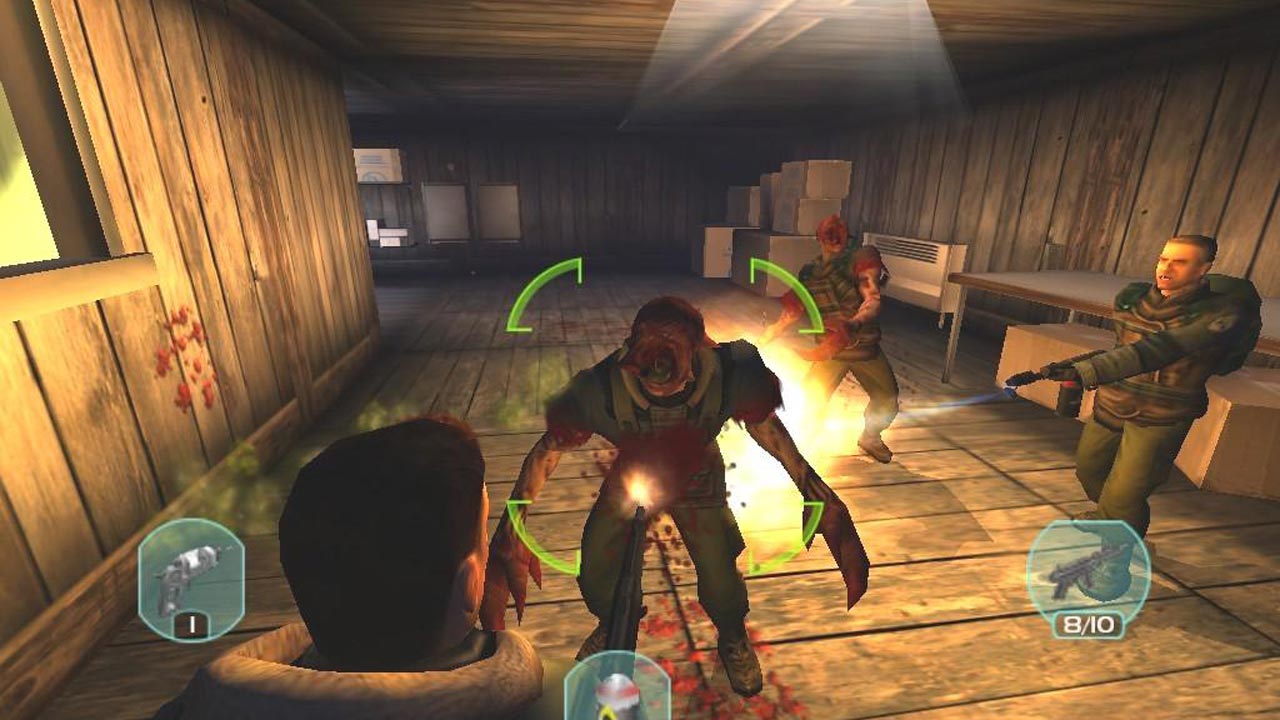 Developer Computer Artworks sought to replicate the movie’s chilly atmosphere and unnerving survival horror gameplay in video game form, and The Thing was formally announced in 2000 with Konami backing the project as a publisher alongside Black Label Games. Of course, fans had their fair share of skepticism regarding the game – particularly due to the game being based on a movie. That said, The Thing was a great candidate for a video game adaptation since the story’s main hook of not knowing who the real alien is is too enchanting to pass out on. Additionally, the developers also reassured fans that the game would serve as a sort of a sequel to the events in the movie, which would allow for a more open approach to storytelling and morphing ideas for gameplay.

The Thing finally released for PC, PS2, and Xbox in 2000, and was subject to a somewhat of a mixed reception at the time. Some critics had a really fun time with the game, while others didn’t approve of the game’s mechanics and found them to be frustrating and highly scripted. But either way, most would definitely agree that the game wasn’t just another survival horror game but a game that had its fair share of original ideas that helped it stand out from the pack.

The Thing sees players taking the role of player character Blake who is a member of the U.S. Special Forces sent to the frigid conditions of Antarctica to investigate the strange disappearance of a research team. As the team lands, they slowly get acquainted with the hostile force that is The Thing as turned creatures and enemy soldiers pose an immediate threat to your existence. While the game is technically survival horror with a focus on resource management and the like, it also features action-packed third-person combat with weapons ranging from sniper rifles to flamethrowers to machine guns and many more. 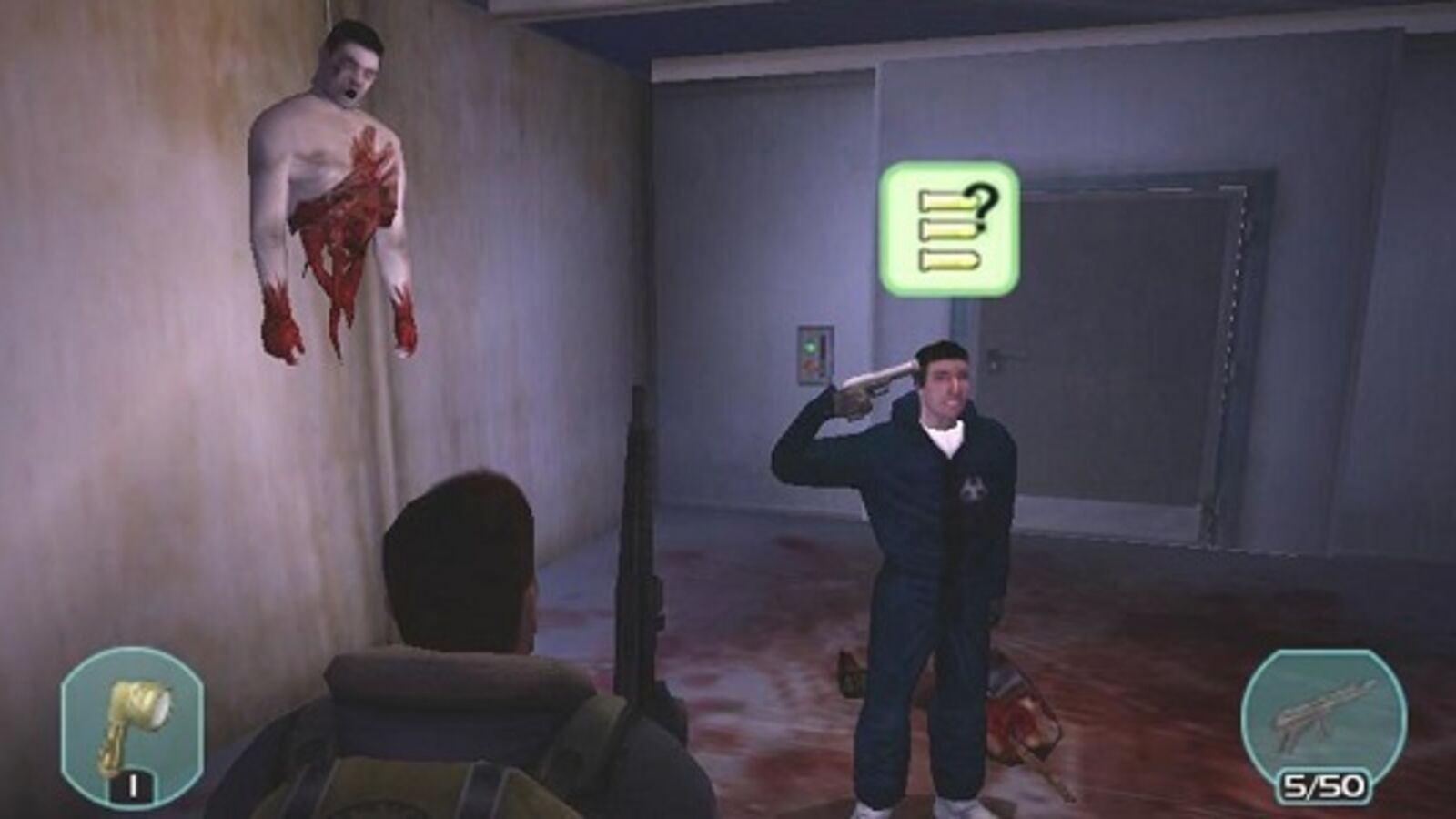 Much like the movies, your player character will meet many comrades along the way who will join you for the ride. These companions can belong to one of many classes such as a medic, an engineer, or a soldier – each of which has some special utilities attached to them. You will have to recruit these NPCs since fixing broken circuits isn’t exactly one of Blake’s strongest suits. Since The Thing can take the form of anyone and everyone, it’s not easy to trust anyone wholeheartedly.

The game features an innovative trust-fear AI system for NPCs, which governs how promptly your companions will follow your orders. If a companion’s faith in Blake gets too low, they will suspect him of being The Thing and start shooting at him. On the flip side, if it’s adequately high – they will follow your orders in an instant. There’s also a fear gauge for companions, which is affected by entering rooms with corpses and having close encounters with turned creatures. If the fear level drops too low, you will need to inject your companions with a shot of adrenaline or an electric shock to make them rejoin your cause. In case the fear gets low beyond a certain point, NPCs may also commit suicide or die of a heart attack.

The trust-fear system works differently for different NPC classes and forms the basis of replicating the ominous vibe of the movie. In addition to this, there are sections where you are split up from your teammates which will then result in one of them turning into The Thing. Of course, having to gun down a virtual buddy that you spent hours with is a depressing prospect, but elements such as these help the game stand out amongst the crowd of generic survival horror shooters. 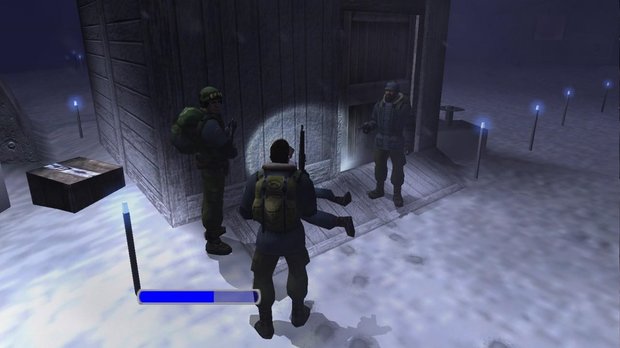 The Thing combined ideas from a multitude of sources and combined it into something that was truly special. Elements such as the trust-fear system can make for some frustrating moments, but looking at the complete picture – elements like these made for an engaging experience through and through. As such, it’s no surprise that The Thing stands at a rating of 77 on Metacritic, and sold over 1 million copies. While that’s not a lot, we have to consider that the game was a new IP and likely recouped development costs with these sales – so that means it was a commercial success.

An ambitious sequel was in the works at Computer Artworks following the first game’s release, and the team was working on elements like dynamic infections and burst-outs and a whole lot of jargon – but fate had other plans. You see, the developer hadn’t received payments from publishers for some of its other projects – which took a toll on the company’s finances. There were other undisclosed reasons of course, but in the face of these adverse circumstances – most of the staff left the company one by one, and Computer Artworks went into receivership.

Following this, all of the studio’s projects were promptly canceled – including The Thing’s sequel and the only semblance of the game that we got was a few concept arts showcasing the aforementioned description of ideas that the developer had for the game. The Thing’s downfall is an unfortunate one, because the game had already proven itself as a potent mix of survival horror and tactical shooter – but before the formula could be refined and expanded further, the franchise met a premature end due to the company’s circumstances. As it stands now, The Thing is a forgotten gem that could have been so much more – but ended up fizzling out despite all the right moves.