Why Deep Down Needs to Return

For the umpteenth time, we're putting this out there- Deep Down needs to make a comeback.

Almost eight years ago, Capcom took the stage at the PlayStation Meeting event where Sony debuted the PS4 and revealed what looked at that time to be one of their most exciting and ambitious projects ever. From the moment it was first shown off, Deep Down looked like a mouth-watering prospect, from its cutting edge visuals to its dark fantasy aesthetic to its unflinching focus on dungeon crawling and melee combat.

For a year afterward, Capcom continued to provide sparse updates on the game, revealing new tidbits of information here and there, but soon afterward, it looked like that well of information had suddenly all but dried up. Updates on Deep Down faded away into the background, before stopping altogether, and it went from being a hotly anticipated upcoming release, to a game that had been in development hell for years, to what’s now looking like a cancelled project that might never see the light of day.

But as we and countless others have done innumerable times in the last few years, we’re putting this out there once again, hoping that Capcom will finally listen- Deep Down needs to make a comeback, in spirit, at least, if not in any other way. There are multiple reasons for why we feel that way, and here, we’re going to talk about some of the biggest ones.

The first is one that simply cannot be said enough- the value of new IP can never be overstated. New IP is the lifeblood of this industry, it’s what drives creativity, innovation, and new ideas more than anything else. That’s not to say that those things simply wouldn’t exist without new IP, but when a developer is establishing a completely new property, creativity and innovation become more necessary than they are for sequels in established franchises.

Capcom in particular is currently riding the wave of multiple successful IP. The likes of Resident Evil, Monster Hunter, Devil May Cry, and Street Fighter are all going strong, and based on recent reports, other properties like Onimusha, Mega Man, Phoenix Wright, and Dragon’s Dogma also seem to have bright futures ahead of them. And what’s distinctly missing in that list of names? A new franchise, that’s what. Yes, Capcom do have Pragmata coming up, which will hopefully fill that void, but how exciting would it be to have both Pragmata and Deep Down leading Capcom into the next generation of gaming?

Beyond that though, there are several aspects of Deep Down’s concept itself that make it seem like such an alluring prospect. One element that we feel would be a perfect fit for the industry as it exists right now is the game’s purported free-to-play nature. When Capcom announced in 2013 that Deep Down would be a free-to-play title, they were met with plenty of skepticism, but the state of the industry in 2021 is markedly different. Free-to-play has become an extremely viable model. Games like Fortnite, Apex Legends, Call of Duty: Warzone, and countless others have proven that games using the free-to-play model can provide compelling experiences just as well as premium titles can. Hell, even Destiny 2: Beyond Light and Rocket League have adopted the free-to-play model. 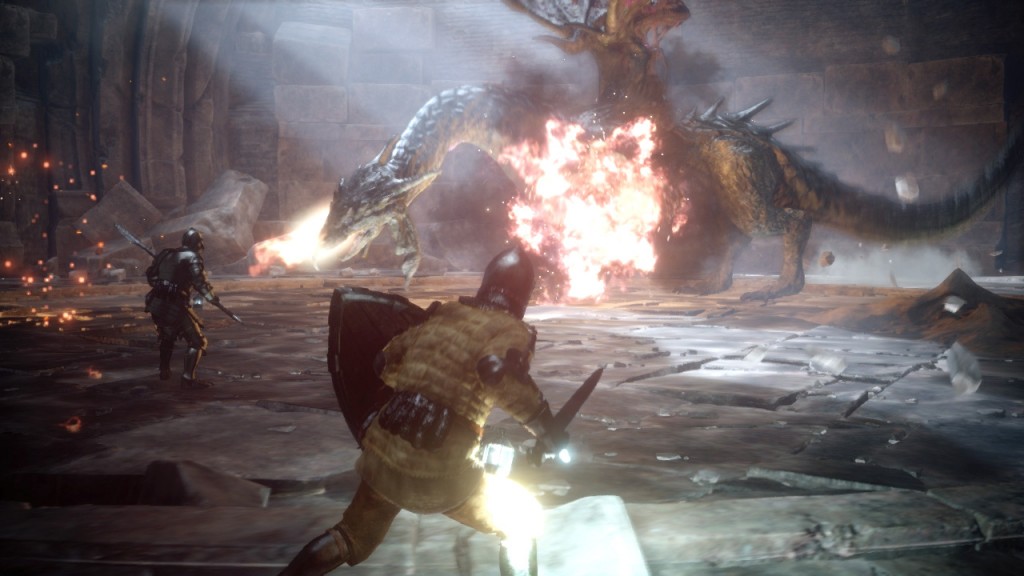 When Deep Down was still in active development, Capcom had envisioned it as a live service title, one that players would be able to jump in for free, spend money on microtransactions and post-launch DLC if they wanted to, and continue playing for a prolonged period of time. Its focus on procedural generation and co-op gameplay was obviously going to help bolster the experience’s longevity, while one can only assume (given the game’s focus on dungeon crawling) that Capcom would keep releasing new content for players to tackle as well.

It’s entirely possible that back in the early years of the decade, Capcom were struggling with coming up with a viable model for the game to follow, but given the abundance of excellent examples they have now that they could follow, a resurgent Deep Down makes a ton of sense. From raids and post-launch expansions to post-release content drops that could, say, include things like new playable classes or, taking a leaf out of their own Monster Hunter’s book, new monsters to fight, there’s no shortage of ideas for Capcom to experiment with should they ever choose to bring Deep Down back from the dead.

Then there’s the engine. When the dungeon crawler was first unveiled back in 2013, it was also accompanied with the reveal of Capcom’s Panta Rhei Engine, which they were then positioning as their next primary development tool, and the engine that would replace MT Framework as their main internal toolset for creating games. That, of course, didn’t pan out, and Panta Rhei turned out to be more than a little problematic, while those issues no doubt must have proven to be major hurdles during Deep Down’s development as well.

Here’s the thing though- Capcom now do have the perfect engine that they could build the game on. Over the last few years, RE Engine has essentially done everything they were hoping at the beginning of the previous generation that Panta Rhei would do, and become their primary development toolset. Multiple Resident Evil games have used it (and will continue to use it), Devil May Cry 5 was built on it, and hell, even Monster Hunter is adopting it with the upcoming Monster Hunter Rise, while the aforementioned Pragmata is also being built on it. RE Engine is clearly an impressive toolset, and as the wide range of games using it proves, it’s also a very versatile one. Should Capcom ever choose to revisit the idea of Deep Down, they wouldn’t have to look to far for an engine to build the game on. 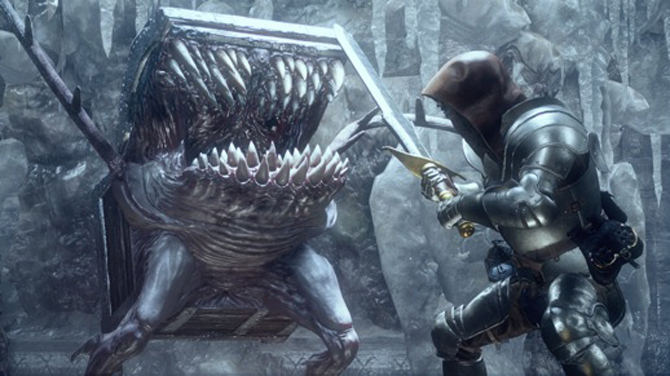 There is, of course, also the fact that Deep Down’s central premise is one that’s instantly appealing to a lot of people. Part futuristic sci-fi, part medieval dark fantasy? A hub world set in 20194 New York City, where you use memories to travel to the past to battle against monstrous beasts in dark dungeons? That’s a fascinating setting, to say the least, and seeing it go to waste like this is a real shame. If nothing else, we would at least like to see Capcom revisiting some of these ideas in some way, shape, or form- even if they have to do it in different project. Who knows, maybe Pragmata will be picking up some of these pieces, given its futuristic sci-fi setting.

Ultimately, we are perfectly aware, of course, that the future of Deep Down looks murky at best. Capcom have suggested a few times that the game isn’t completely dead, but given the fact that they seem to be focusing on other things for now (and for the foreseeable future), and the fact that it’s been ages since we heard or saw anything concrete about Deep Down, it doesn’t seem like it is part of their plans for the coming years. There’s also the fact that Capcom veteran Yoshinori Ono, who was leading the Deep Down project, recently departed from the company after a long and illustrious career, which puts the game’s future into even further doubt. No, things don’t look bright for Deep Down- but hopefully, some day, Capcom will decide to come back to the idea and let it out into the world so that it can realize its potential.