Why Did Batman and Robin Flop?

We take a look back at the curious case of this licensed tie-in property and try to understand what the hell actually happened.

Batman is one of the most popular superheroes in all of media, and Gotham’s Dark Knight has had no shortages of outings in mediums outside of comics – including but not limited to video games and movies. Some movies and games have obviously turned out better than others, but perhaps no movie and video game tie-in duo has fared a worse reception than the Joel Schumacher-directed Batman and Robin.

Batman and Robin was released on the big screen in 1997, and Warner Bros. also released a tie-in game by the same name which we will be discussing today. Batman and Robin was a game that had some really intriguing concepts, but they got lost in a buffet of game design problems and shoddy execution – resulting in a game that was unanimously panned by fans and critics; so much so that it’s considered to be one of the worst renditions of Batman in video game format. To that end, we ask the question – what the hell actually happened to Batman and Robin? 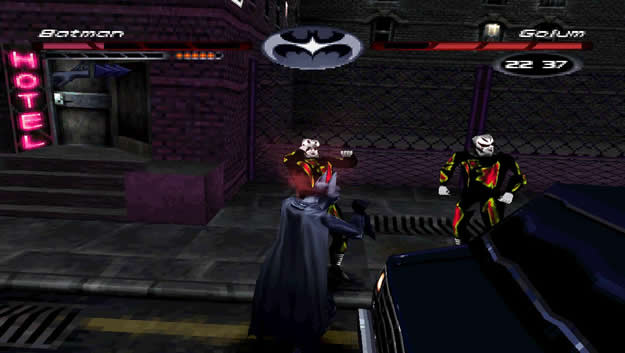 Batman and Robin is actually a sequel to Batman Forever, which was also a tie-in video game that was released alongside the movie by the same name in 1995. Unsurprisingly, Batman Forever also didn’t enjoy any positive reception as the game’s controls and animations felt stiff and awkward – which was a big issue since the game was a beat-em-up. But for the sequel, developer Probe Entertainment switched gears, as it envisioned Batman and Robin to be a full-fledged 3D action-adventure game rather than a simple beat ’em up like the original.

Batman and Robin had an ambitious elevator pitch – a game that would allow you to play as one of the three characters – Batman, Robin, and Batgirl as they tried to stop Mr. Freeze from taking over the city. Each of these characters would have slightly different abilities, and their modes of traversal would also differ from one another. Batman would obviously ride in his Batmobile, and Robin would use his motorcycle, and so on. Players would also be able to explore Gotham at their own will.

The game would also have a fun twist on how missions would play out. Instead of missions being linear and automatically triggered when you reach a quest marker, Batman and his buddies would actually need to explore the streets of Gotham City in search of clues and information about Mr. Freeze’s next move. Once you have those pieces in your hand, it’s up to you to put an end to those plans. 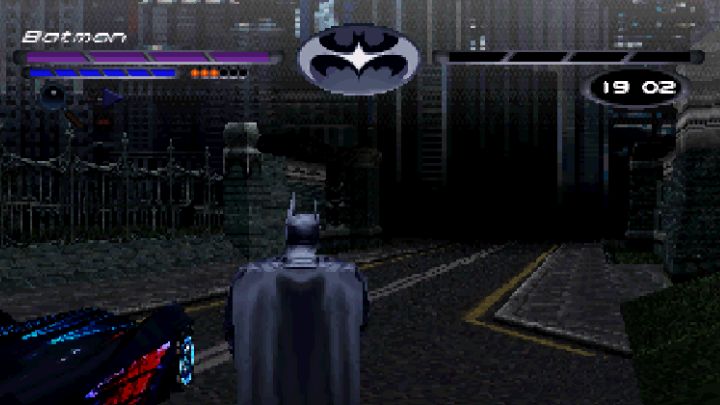 The most interesting aspect of this whole mechanic is that these robberies are time-bound, and you need to collect these clues before these events actually happen in the game time. Should you be late to the party, you would miss out on more vital information and encounters. On the other hand, if you accumulated the clues before the planned time of a robbery – you need to wait until that time to strike.

This was pretty ambitious for the time, and Batman and Robin sought to incorporate many different types of gameplay into a singular cohesive experience. You could explore Gotham’s streets and alleys on your vehicles, glide through ledges using your cape, collect clues, and pummel down your enemies both in close quarters and ranged combat using Batarangs and what have you. But the developer wasn’t able to fulfill all of its ambitions in the relatively short period of development, which resulted in an inconsistent experience at best and a frustrating one at worst.

For starters, while the Batmobile did have an interesting visual and audio design – the actual driving implementation wasn’t the most polished. The car would stumble around at every turn, making the act of going around from one place to the other an exercise in pain. To further add fuel to the fire, civilian vehicles would also appear out of nowhere and crash into your Batmobile – laying waste to your well-laid plans. 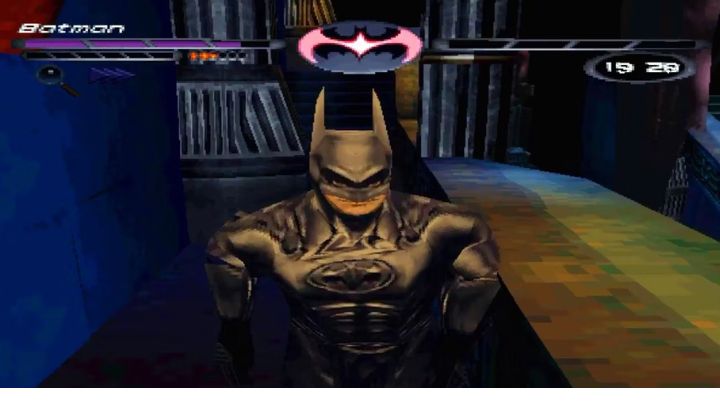 Over on the actual gameplay front, Batman had an incredibly slow movement speed and janky animations which made controlling the character more frustrating than enjoyable. Similarly, the combat felt clunky and primitive alongside the platforming and awkward jumping animations. Enemies would often swarm at your location and beat you down as you helplessly try to get in a few punches and kicks – which happens at a snail’s pace. This was also a time when 3D games on consoles were still figuring out basic things, and controlling Batman in a 3D space with no analog sticks obviously came with a plethora of camera issues which became even more frustrating because of choppy framerates and slow-paced gameplay.

That’s not to suggest that there weren’t any impressive aspects to Batman and Robin. While the graphics may look primitive by modern standards, they were pretty impressive for the time – more so when you consider the sizable Gotham map and its many interiors which house the game’s levels. Similarly, the soundtrack was also fitting for the experience as it tried to create an ominous vibe for this dark adventure.

So while Batman and Robin had the chance to be a game that could have been well ahead of its time in its many gameplay concepts, it ended up being a frustrating experience that failed to deliver anything spectacular. There’s a clear lack of focus within the experience, and it seems that the developers tried to incorporate many interesting ideas but lacked the design knowledge and sensibilities to craft a cohesive experience; one where the many ideas worked well in tandem with each other. 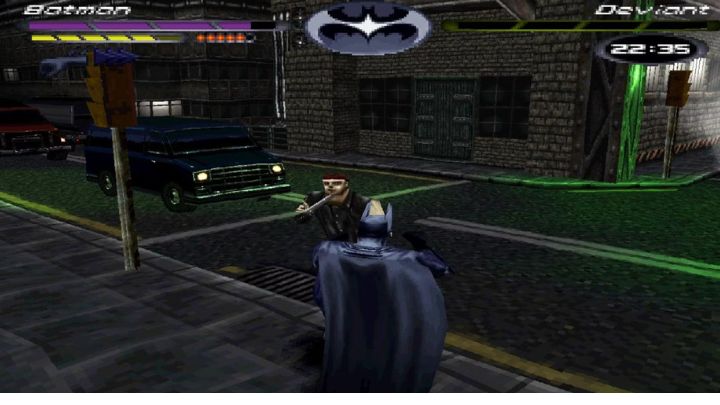 Cracking the puzzle as to what the hell actually happened with Batman and Robin seems rather obvious. It’s the classic case of a licensed tie-in. A publisher enters into a contract with the licensed property holder (Acclaim Entertainment and Warner Bros. in this case) and promises to deliver the game alongside an upcoming movie. The developer – Probe Entertainment in this case – has crazy ambitions for the game, but struggles to bring it together in the very strict time frame that’s been allotted to development. In the absence of any wiggle room for release dates, both parties end up releasing the game in an unfinished state.

And sure enough, if the much-anticipated movie ends up becoming a hit, the tie-in game is able to rake in a lot of money through that property’s popularity despite its many shortcomings. But sadly in the case of Batman and Robin, the movie itself flopped critically and commercially – so the tie-in video game also didn’t garner much interest from fans (though one could argue that’s for the best considering the game’s many shortcomings).

Unfortunately, Batman and Robin didn’t mark the end of the struggle for a decent Batman game for fans of the superhero. The PS2 and Xbox generation did fare relatively better with titles like Batman Begins, but it wasn’t until Rocksteady hit the scene a handful of years later with Batman: Arkham Asylum that fans got what they truly deserved; a game that would make you “feel” like Batman.