Why developers could learn a thing or two from 4A Games’ new first person survival title.

Posted By George Reith | On 23rd, May. 2013 Under Article, Feature | Follow This Author @GNReith

In case you’ve been living under a rock for the past few days (or if you’ve just been really out of the loop), Metro Last Light came out. It’s also pretty good. It’s not just another good game though, far from it. It’s more of a wake up call for what the games industry needs more of.

Of course, it isn’t the most obvious of examples of what gaming needs. It’s still a first person shooter, the genre most derided by gaming’s various critics and commentators, but it’s also a shooter that manages to add a sense of immersion and narrative around pretty much every corner. 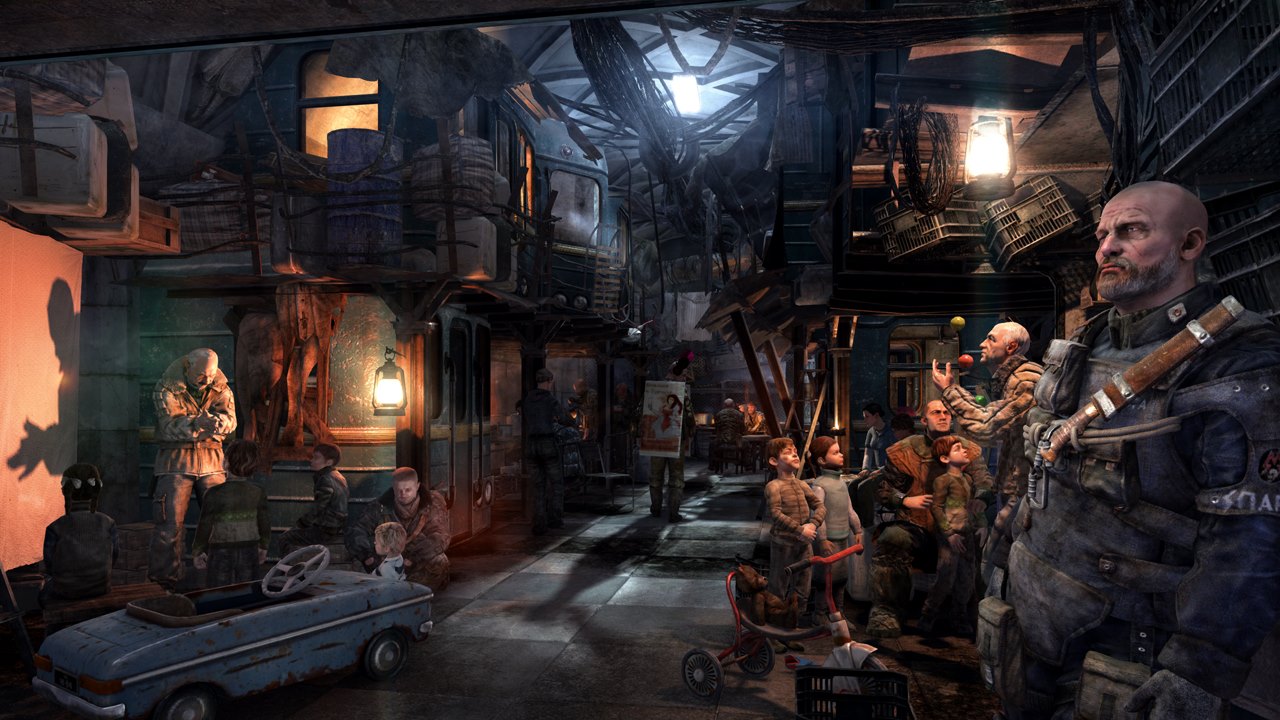 Considering how many top notch films are based on books, it’s surprising just how few games use literature as a stimulus. This needs to change, as Metro’s basis on Dmitry Glukhovsky’s novel series of the same name gives it one of the best realised game worlds out there. Most franchises take multiple games to get this kind of deep and original setting, but Glukhovsky’s terrifying vision of a race driven underground proves to be a gripping stage for gaming.

The sheer attention to detail was already present in Metro 2033, with Last Light taking the world to new levels of believability. Considering the only other major example of a book turned game is Dante’s Inferno, a game that managed to totally pillage and destroy the themes of the Divine Comedy, Metro Last Light is a poster boy for how good games can be made to accompany a good book.

In an industry dominated by sequels, Metro: Last Light’s similarity to 2033 may arguably undermine my point. That said, Last Light is a perfect example of a sequel done right. It’s more of the same, but this is exactly what we wanted. No huge changes are present, but the world we love returns with almost every criticism addressed. I

t’s not perfect, but the stealth and combat have received the fixes fans demanded, whilst never straying from the narrative focus we loved in the first game. It focused on being fun, but without overly streamlining things to the point where the game lost out on its deep story-driven experience. 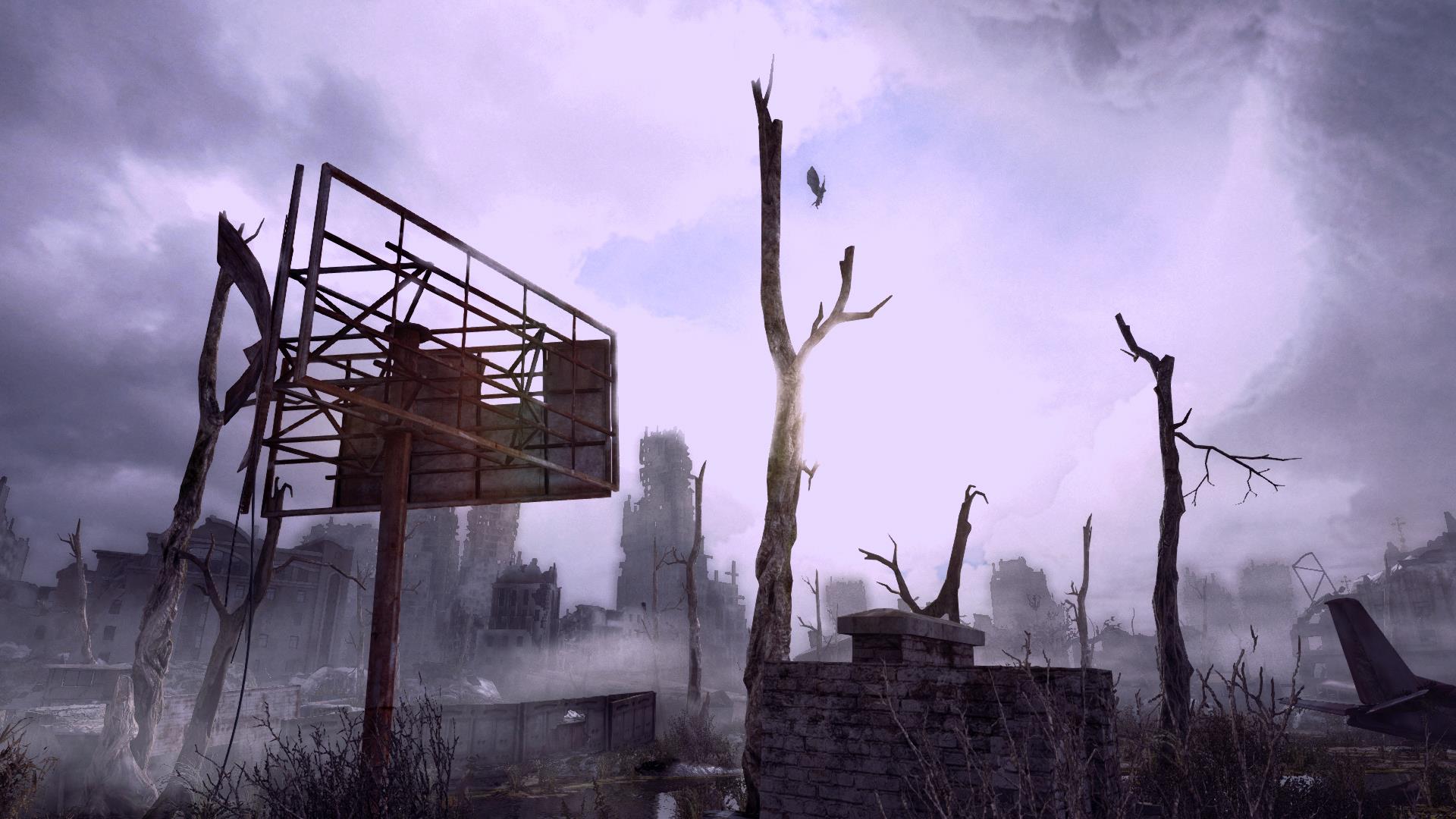 That said, too many FPS titles focus on fun above all else. I’m not saying games should strive to be un-fun, but there’s more to art than making people smile. There’s a huge breadth of emotions that the average shooter fails to evoke, a palette of feeling effortlessly created by Metro Last Light throughout.

Whether it’s the thrill of combat, the fear of the unknown or the claustrophobia of the Metro tunnels, Last Light isn’t afraid to remove power from the player. Most games are too afraid to rob the player of agency, but Metro does it boldly, consistently reminding you of just how brutal its game world is. It’s a much stronger game for this.

Part of the title’s strength is in the effort it puts into keeping players immersed. Changing gas mask filters, real world times reflected on protagonist Artyom’s watch, wiping dirt off your mask etc. All these flourishes push in a unified artistic direction. The visuals also help. Of course, plenty of other games have great graphics, but very few seem to have as much reason to do so. Looking nice has become a goal in and of itself to plenty of other games, resulting in a hollow victory where these games succeed. Every extra detail is brought to life by Metro: Last Light’s incredible visuals, and there are so many pleasing details that need this visual polish. 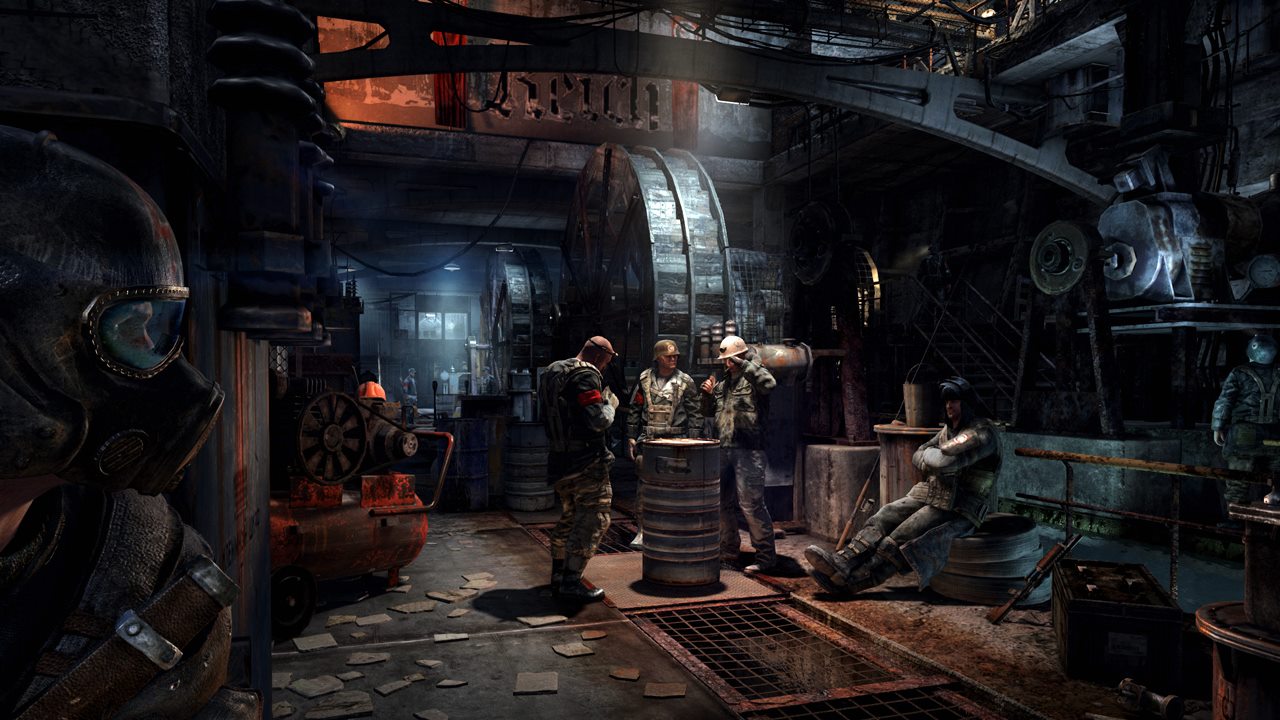 Plenty of games have AAA production values, but very few manage to overcome adversity in the way Last Light has managed. According to reports from former THQ president Jason Rubin, the game was developed under colourful conditions. Folded wedding chairs for seating, tiny office spaces with unreliable power and a budget the tenth the size of most other blockbuster shooters were just some of the issue encountered by the Ukraine based 4A Games.

They supposedly even had to smuggle in development kits illegally, for fear corrupt customs officials would swipe the expensive gear if it went through official channels. To think such an impressive title overcame these problems makes 4A’s achievement all the greater.

Though Last Light has achieved the same quality gameplay and detailed immersion of its competitors (and then some), it also manages to present a challenging survival element as well. Though portions of the game provide enough ammo to turn you into a one man army, others levels are painfully stingy. Nothing is more terrifying than taking on a pack of Nosalis with a single round of revolver ammo. Stakes are raised through the Ranger mode.

Though only available as DLC or a pre-order bonus, the Ranger mode reinvents the game through reduced HUD elements and even scarcer ammo drops. Though occasionally unfair with its limited gas mask filters, Ranger difficulty remains a fair and interesting challenge throughout, one that few other games would dare to put players through. 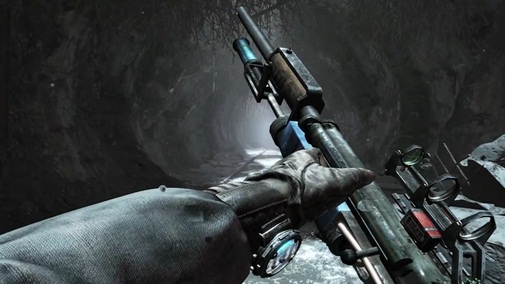 Naturally this article has been almost slavishly positive towards Last Light. It certainly has its share of problems, but it’s a remarkable title that other developers could learn a lot from. Even where the basic gameplay mechanics don’t hold up (the AI’s detection routines in particular are still a bit dodgy), the game world, focus on narrative and incredible immersion keep the game calmly afloat. Last Light does story driven shooting right, and with a flair seldom seen in the industry.

That it managed to come out of such a flawed development environment also demonstrates how good ideas are far more important than a huge budget. We need more games like Metro: Last Light for this very reason: Clever design and a unified artistic vision eclipsing a whole world of development nightmares.