Why is it that Video Games never seem to have a good cinematic showing? When novels, comic books and stage plays all have the chance to become blockbusters, why do video games get relegated to the straight-to DVD shelf?

We’ve all seen a Uwe Boll film. At some point or another, whether the idea came from ignorance or irony, we’ve seen one. Some of us have even seen one or two of them all the way through without throwing the remote through the TV and vowing never to waste money or time or precious reserves of optimism on such a crass, commercialized, poorly produced, directed and edited piece of cinematic trash. 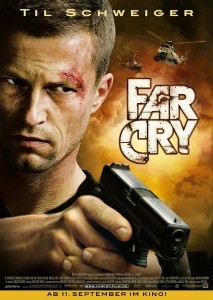 Uwe Boll wouldn’t be such a monstrous blight on the cinematic world if he made his own movies. If he was writing his own stories and filled them with creepy, pseudo-fetishy imagery and released them on the German people, nobody would notice and nobody would care. But what makes Uwe Boll so aggravatingly incompetent is that he makes movies out of video games. And he makes them with such a poor idea of what he’s doing that it’s a slap in the face of fans and games on the whole.

The bigger problem is, Uwe Boll isn’t the only reason video game movies are bad.

It would be nice to blame it all on him, and don’t get me wrong, he is one of the major reasons most adaptations are terrible, but he’s not completely at fault. The problem is return on investment: video game movies are made with the attitude that a built-in fanbase already exists, and a suitable, money-making percentage of those fans will go to see the movie on opening weekend. At this point, quality doesn’t matter because most of the gamers will have already seen the movie before word of mouth begins to say that the movie isn’t worth watching. The producers then cackle evilly, twist their mustaches and count their money. Theoretically. There is a new problem now, though, that since most of the game-movies have been unforgivably bad, the built-in fanbase is so skeptical that opening weekend returns will not be enough to cover the cost of making the movie. And so the producers find ways to spend less money on it, while still giving the movie just enough to look good in a trailer, to convince the fickle fanbase that the movie is worth seeing. Toss in a couple of bogus lines from made up news sources (next time you see a commercial for a bad movie, try to see where the reviews are coming from – a lot of time if it just says “ELECTRIC” or “A MUST-SEE” or “THE BEST MOVIE OF THE YEAR” it’s probably from a studio-planted review) and push the budget away from special effects, hiring decent actors or writers or directors and toward saturating media with ads, and you have the formula that most studios follow when it comes to making game-movies.

The fact that this isn’t the same way that graphic novels, books, or TV shows are handled could be because, as Roger Ebert would argue, video games cannot aspire to art like those other mediums can. Maybe there has yet to be a game-movie that has been good enough to change the Hollywood dynamics. There have been a couple of times we’ve come close, though. Like the game or hate it, a Halo movie might have done enough to earn the genre some respect. It was to be produced by Peter Jackson, who made New Line Cinema boatloads of cash from the Lord of the Rings trilogy, and directed by Neill Blomkamp, who directed last year’s awesome District 9. With Peter Jackson leading the way, Neill Blomkamp directing, and D.B. Weiss as one of the chief writers (Weiss is now a co-writer on an upcoming HBO adaptation of A Game of Thrones) Halo was set to be a huge blockbuster and could have been enough to earn the genre some respect. The problem? Peter Jackson asked for more money. Going from the original already-generous budget of $80 million to $150 million was too much for Fox, who pulled their funding from the project and effectively ended the chance for a movie. 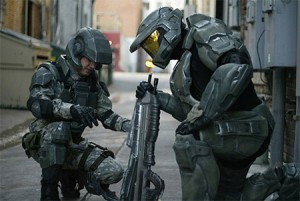 Does any of this really matter? With some games, the storytelling and the gameplay are weaved  so tightly together that porting the story over into a different genre, be it book or film, would be losing one of the primary elements of the story. It would be like trying to reduce The Godfather into a radio play; it might even turn out to be excellent, but it’s not all that it can be. Halo might have fit the bill for an easily transferable story, but something like Half-Life 2? Even Mass Effect, while it remains one of the most cinematic games ever made, would struggle to truly translate the game experience to film, since so much of the game is determined by player choice. A choice made by studio executives and a handsome but vacuous actor wouldn’t exactly pack the same emotional punch.

The fact is, despite what you may hear from Roger Ebert, video games have become a storytelling medium that is unique to itself. It’s like trying to translate a foreign language by using exact word-for-word replacements. You end up with “All your base are belong to us.” Translations of the events of a game can’t even come close to capturing the entire experience, and it tends not to be story that draws players, but the experience.