A newly uncovered patent registered by Nintendo in September 2011 for the Wii U has revealed some interesting new ideas the firm has for the console. Features include glasses free 3D (like the 3DS) and HD controller screen, face and voice detection, internet browsing and others.

Other than the glasses-free 3D support for the controller screen and full blown HD visuals, the patent notes that the controller may have “one or more additional microphones” that “may be provided on the front and/or back surfaces” and will be used for voice recognition.

Web browsing will likely be included, and connection with other systems with exchanges of “images and sound” is also mentioned, which probably refers to chatting. 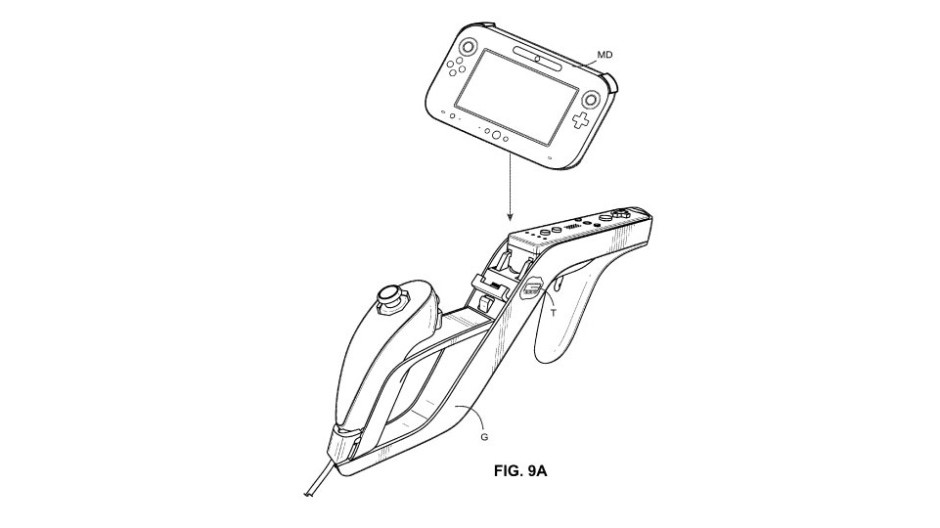 Expansions will also probably be supported for the system, much like the Wii or the PS3 (with PS Move) use. The figure above shows one such attachment for an aim gun, that uses the Wii controllers and the WIi U controller, with the latter being used as sort of an aiming scope.

However, the patent says, “statements herein do not correspond to any particular actual product that may be eventually be made available to consumers,” so none of these features may see the light of the day.