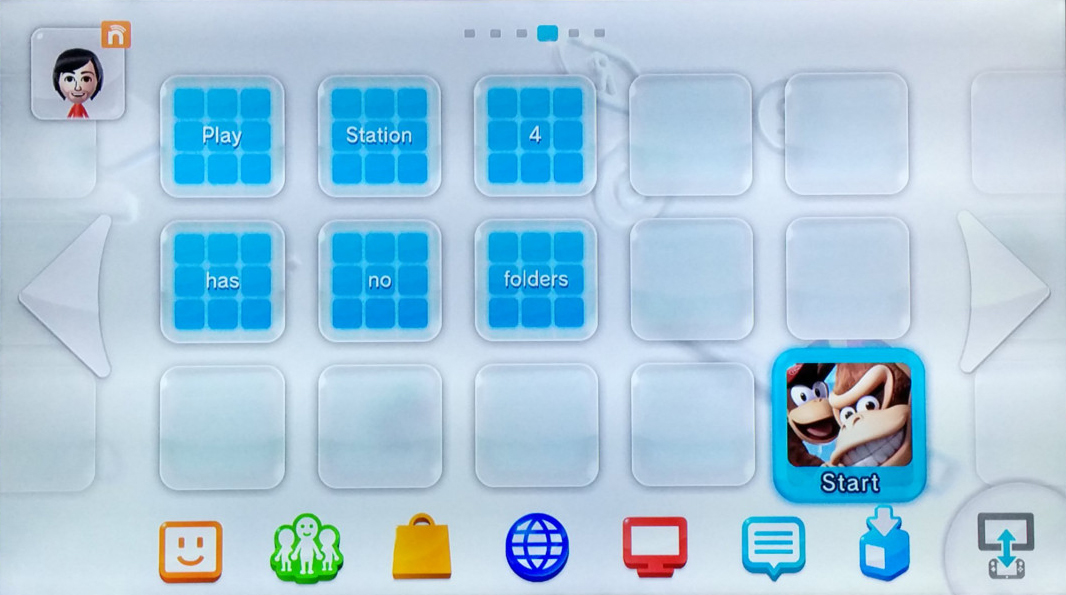 One of the most requested features from all current gen consoles and handhelds- amazingly enough- is folders. It makes sense, though: as consoles and handhelds continue to put more and more emphasis on digital content, players continue to accumulate more and more stuff on their machines that is in desperate need of organization. In the Wii U’s case, the system is now nearly two years old, enough time for owners to have acquired a fairly substantial number of digital games.

Well, now Wii U owners are being offered folders to allow for data organization and management on the UI. The UI itself is getting multiple tweaks to fix multiple longstanding issues with it (as well as some relatively newer ones that came about as the result of the last major Wii U firmware update).

The full list of improvements and features added by this update are as follows:

Changes to the Wii U Menu:

Changes to the HOME Menu:

• The design and layout of the HOME Menu has been updated

Changes to the Nintendo eShop:

Improvements to system stability and usability:

The update should have downloaded automatically for you if you have SpotPass on. Let us know what you think in the comments!

Tagged With: firmware, Nintendo, wii u