Here we are at last: the final installment in the series- at least for the time being. Ubisoft has said that while the Assassin’s Creed franchise certainly isn’t calling it quits after Assassin’s Creed 3, the third main game in the series will be the last game to feature Desmond and will supposedly tie off his storyline.

But just how good will Assassin’s Creed 3 be? It’s being hyped to hell and back, with people already touting it the best game of 2012 and early hands on impressions calling it a marvelous achievement. Recent leaks have resulted in some rather unsettling reactions, but the reception prior to the release of AssCreed 3 has been, by and large, extremely positive. But can it live up to its hype?

Having already talked about Assassin’s Creed 1, Assassin’s Creed 2 and Brotherhood and Revelations, we are now going to take a look ahead at what might possibly be the best installment in the franchise.

Announced less than a year ago, Assassin’s Creed 3 has been ranking at the top of everyone’s “Most Anticipated Games” list for 2012. Along with Mass Effect 3 and Halo 4, Assassin’s Creed 3 probably has to be the most hyped game this year. We’ve seen plenty so far- Ubisoft hasn’t shied away from trailers or from releasing details for their upcoming heavyweight title, and most of what we’ve heard and seen has been very interesting.

The Revolutionary War of America sounded like a somewhat weird setting for an Assassin’s Creed game when Ubisoft first announced it all those months ago, but the more details they released for it, the more we started warming to the idea. Set during the 18th century, Assassin’s Creed 3 will have you playing as Connor Kenway, also called Ratonhnhaké:ton (pronounced Ra-doon-blah-blah-blah), a half Native American, half British assassin. 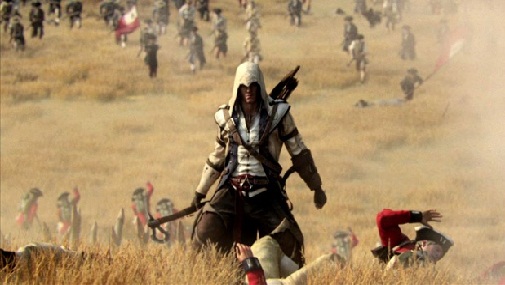 What do we know about Connor other than his parentage and the fact that his name is a little hard to pronounce? We know that unlike Ezio, Connor will be a character with clear concepts of right and wrong, and he won’t be a morally grey character. From what we’ve seen of him, Connor seems more like Altair than Ezio- he’s a cold, professional, full-on assassin who’s known no other life (for the most part). We know that he fights Templars, no matter which side of the Revolutionary conflict they swear allegiance to. We also know he meets several important historical figures such as George Washington, Ben Franklin and others.

It will be interesting to see how this relationship with the several revolutionary leaders will pan out- with Connor focusing on fighting the Templars no matter who he kills, it will be interesting to see if he can keep his friendships intact. For that matter, I’m also curious to see just how well Ubisoft intertwines the stories of the Assassin-Templar conflict and the Revolutionary War.

However, what we’re more worried about- all Assassin’s Creed fans collectively, I’m sure- is the Desmond storyline. From simple and intriguing in Assassin’s Creed to exciting and mysterious in AC2 to fast-paced and super-complex in Brotherhood to, finally, stagnant and boring in Revelations, Desmond hasn’t exactly been treated well by Ubisoft. The present-day storyline has become extremely complex and unnecessarily contrived. Assassins, Templars, Doomsday, The First Civilization, Lucy, Desmond’s dad, the Temple… there’s just too much going on, a lot of questions, very little answers and very little cohesion.

We really hope Ubisoft gets its act together in Assassin’s Creed III as far as Desmond goes and that we get a conclusive, satisfactory ending to his storyline.

But from what we’ve heard after the game was leaked recently, we probably won’t. Fans have been bashing on a lot of things, and one of them is Desmond’s storyline and how awful the ending is, even being compared to the controversial- to say the least- Mass Effect 3 ending. Of course, people tend to blow things out of proportion, as they did with Mass Effect 3, and Assassin’s Creed has never really had strong endings- or conclusive endings- but we sure hope that with context, AC3’s ending seems better than what people have been saying.

Of course, there’s not much we can say conclusively right now. Sure, what we’ve seen so far has been promising, and we think Assassin’s Creed III will be one hell of a game, but we’ve also heard some pretty unsettling things about the game.

We sure hope Ubisoft delivers on its promise and ties off Desmond’s story in style. 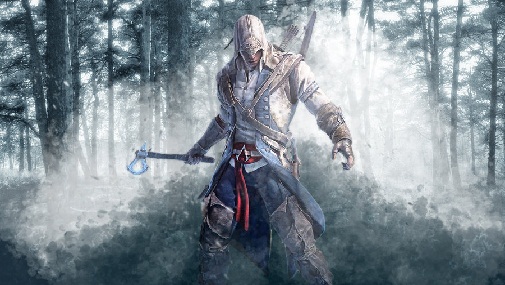 And that’s it, people! That’s the end of our four part series! The links to the previous three articles are given at the top and the bottom of the article, for your viewing pleasure.

Assassin’s Creed 3 releases on October 31st for the Xbox 360 and PS3 and in November for the PC and Wii U. So stay tuned, and we will keep updating you on everything Assassin’s Creed. Our very own AC3 review will also be going up shortly, so keep checking back!

Till then, you can discuss Connor and his badassery in the comments section below!