I was never much of a fan of the original Witcher. Something about it just failed to grab me, but CdProjeckt have really turned things around with the Witcher 2. It is engaging, challenging and satisfying, and we certainly reflected these elements in our glowing review of the game. With CdProjeckt set to port the game to Xbox 360 by the time the year is out, what screws need to be tightened in order to ensure that the game hits home with the console audience? 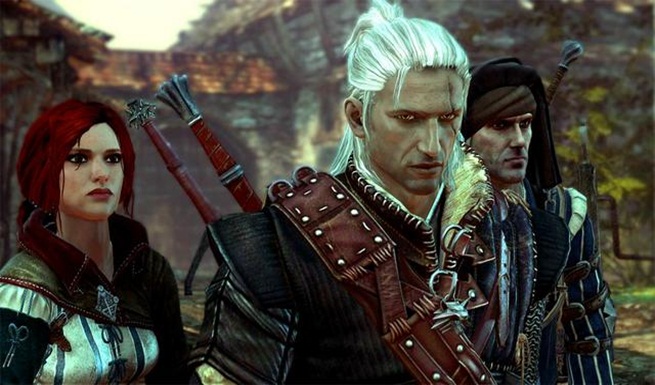 Will console players react well to the slower paced sections in the Witcher 2?

This wasn’t something that the Witcher 2 did wrong necessarily, more a matter of audience. There were times during my playthrough of the Witcher 2 where things would slow right down, normally for some heavy dialogue and plot exposition. Though this is something that PC gamers are happy to sit back and enjoy, console experiences tend to come at you a hundred miles an hour. I’m not even saying the Witcher 2 needs to adhere to this convention when it is ported to 360, but the pacing issue is certainly something CdProjeckt should take into consideration. He's even tougher than he looks

I like a good challenge, especially when a game introduces a well balanced difficulty curve. My problem with the Witcher 2 was that it got the difficulty curve the wrong way around. Whilst the challenge was mildly refreshing, the prologue is tough. Tough to the point where it would likely put off a lot of console players who just want to jump in and get on with them game. This difficulty may need to be addressed, though it is also exacerbated by the next point below. 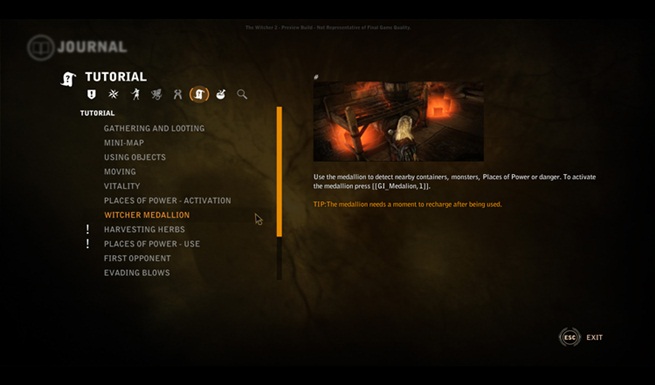 Not exactly the most engaging tutorial I've ever seen

I’m not sure if this is yet another element of properly hardcore PC gamers, but us console guys aren’t clairvoyants. The Witcher 2 throws you right in at the deep end and expects you to be able to magically divine how the game should be played. The lack of hand-holding was nice for once but, without wishing to rely on stereotypes, it’s not something I think console gamers will respond well to. If any difficulty balancing is made for the 360 version of the Witcher 2, let’s hope it is in the tutorial department.