Teleport into a magical world.

When Wonderbook: Book of Spells was first revealed at E3 2012, it wasn’t really something that entertained everyone. But for Sony, it was important, because it’s something that would clearly get them more hardware sales since it is targeted a specific audience that loves such products. You know those augmented reality cards right? Dull and worthless, but spring to life under a camera? This is the same but it’s now a book, and as the name implies, it allows you to use augmented reality to explore magical worlds which, frankly surprised me, considering how ingenious it was. 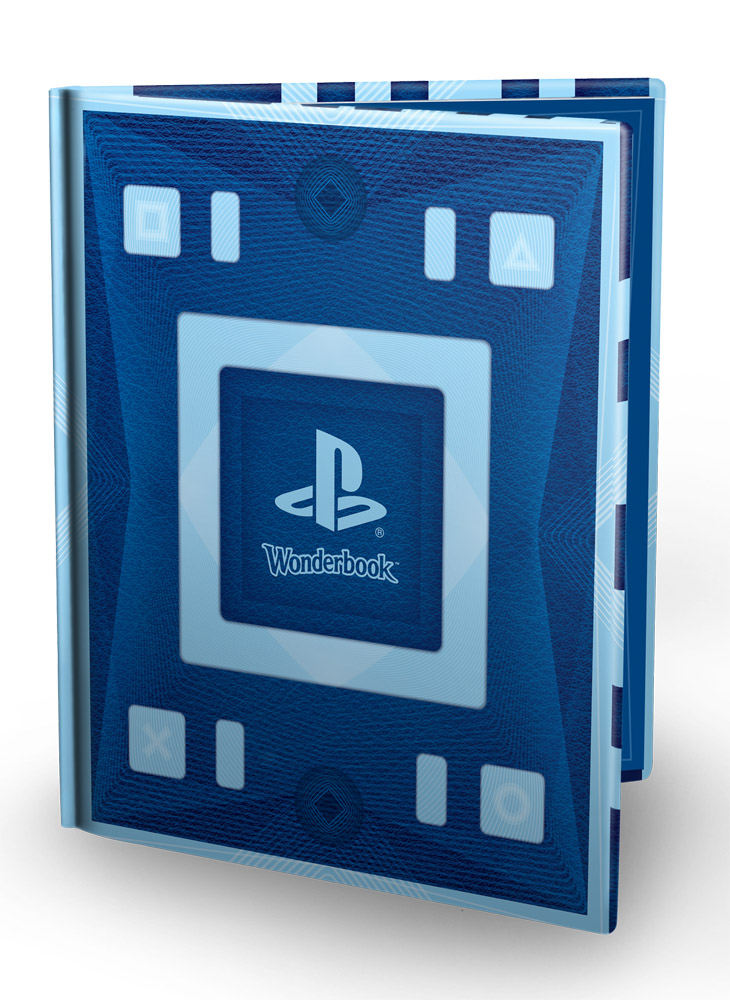 Sony has never really pushed augmented reality technology like it has done with this ‘book’. It’s quite marvelous at first, and I assume the casual audience –which this is aimed at — will be blown away by the technological wizardry on offer here. It’s quite simple to operate–you need a PS Eye Camera and Move controllers. The PS Eye should be in the range of the book and the user, where it can track the controller and your actions, and convert the book ordinary pages into something spectacular on your TV screen.

It’s quite intriguing at first, obviously, but as you keep playing it, not only will you get tired mentally and physically, but the attraction seems to wear off. It’s not aimed at adults,  mind you, but if the said adults approach this with their expectations in check, there’s a lot of entertainment to be had here. Of course, I could be exaggerating this part.

The book is authored by J.K Rowling and one has to wonder how much Sony spent for the whole thing. You kind of know this is a big deal to them, considering the amount of times they have advertised this, even though their core audience were confused and clamoring for a new exclusive or two, like you usually have come to expect from them. Sony cares about its business model more, that much is clear. 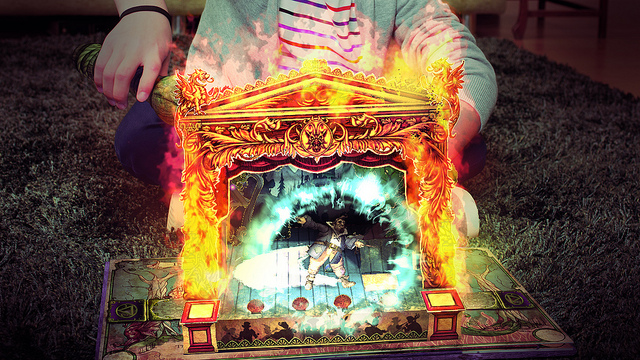 I don’t really think this has a big audience, however, it can be an exhilarating experience for kids considering the creative learning process; combined with J.K Rowling’s flair and expertise, it’s something that will always be worthwhile in case parents decide to get it for them.

The age group that can appreciate this product is hovers around the 6-12 range, so while there is a huge financial expense at the start, it can prove beneficial in the end. You have to take it on a case-by-case basis though, this is a very risky product but quite ambitious too.

The pages come to life on your TV screen offering a level of immersion not offered anywhere else. The basic premise is simple, you get to choose a in-game wand and other things, and also interact with the various colorful things that keep popping up on the screen.

I’d say Santa Monica’s Sorcery offers a very advanced experience to what is being offered here, but again, taking the target audience in mind, it doesn’t seem too bad. The only downside is that you need to have a PS3, Move controllers, and PS eye to effectively experience it. That can prove to be expensive and when you consider developing markets, not many people have all these peripherals, and you definitely cannot expect your average parents to buy everything for their kids.

It’s still something that is very cool though. I was worried that the tracking would be a big problem and that’s one thing that could totally nullify the entire experience, but that works really well, and the PS Eye detects everything you do. Every little action. I guess they really made this quite accessible to people of all ages, and as you know broken motion sensing can really make a game that is based on it, a complete failure.

Wonderbook: Book of Spells avoid this–the tracking is high quality, and the only thing that is detrimental is the high cumulative price of the whole thing, and a repetitive gameplay experience. 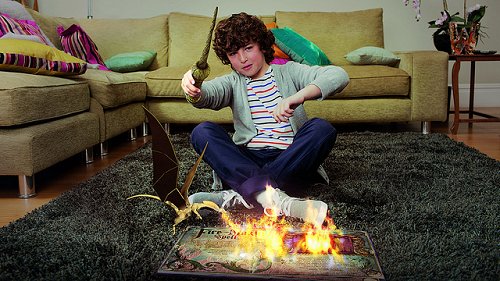 It basically depends on how quickly the attraction will wear off for you. If you are an adult, that would take hours, or if you take the target audience in mind, it will last for a while. This is Sony’s attempt to grab a slice of the casual userbase, but marketing this thing will prove difficult, but it’s up to them how they leverage J.K Rowling’s involvement to attract a significant Harry Potter loving fanbase to this game.

Expensive when the entire cost is taken in mind: Move bundle + game. Can get a bit repetitive later on.

Final Verdict:
SUPERB
It basically depends on how quickly the attraction will wear off for you. If you are an adult, that would take a mere hours, or if you take the target audience in mind, it will last for a while.
A copy of this game was provided by Developer/Publisher/Distributor/PR Agency for review purposes. Click here to know more about our Reviews Policy.