Treyarch’s Call of Duty World at War may have just been a reskinned Modern Warfare, but evidently that hasn’t stopped people from buying the map packs.

8 and a half million WaW map packs have been sold since launch, spread over 3 individual map packs. 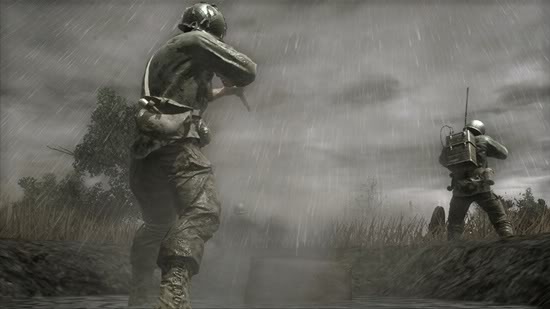 In related news, Infinity Ward are soon to bring out the first DLC for Modern Warfare 2, which this editor suggests will become the biggest selling DLC in history. We don’t have an exact date for release yet, but it is due out in spring.

Square Enix's farming sim action RPG sold over 26,000 units in Japan at launch, while the Switch dominated the...

An engine overhaul, changes to biome generation and Biome Burdens in New Game Plus, a Skill Tree reset option,...

The hand-drawn co-op adventure sees a wolf cub and fawn stranded after a snowstorm and working together to reu...

As the latest title in the acclaimed adventure game series, the story focuses on Alex Chen as she investigates...

Learn more about Facility 3826, which has seen its robots turn against their creators, and Major Sergey Nechae...