World of Warcraft has been going strong for over 16 years at this point, and it refuses to slow down any time soon. It’s already a  massive game as it is, and soon, Blizzard will be expanding it even further with its eighth major expansion pack in Shadowlands. And this one is looking to be rather interesting- not only is it adding in a lot of content, it’s also making some changes to how existing things work, which will have an impact on existing players and newcomers alike. Shadowlands launches less than a month from now, and here in this feature, we’ll be talking about the fifteen most crucial pieces of info you should know about it.

Shadowlands will take place immediately after the events of WoW’s previous expansion, 2018’s Battle for Azeroth, and will, as its name suggests, take players to the realm of the dead, the Shadowlands. Thanks to Sylvanas’ destruction of the Helm of Dominion, the barrier separating the land of the living and the dead has been destroyed, and all hell has broken loose (literally). It now falls to you to restore order to both realms.

World of Warcraft’s leveling has been a bit of a pain for a while now (which makes sense, seeing as the game has been going on for over a decade), but with Shadowlands, Blizzard are squishing the levels for the first time since the base game released. Characters who’re currently at level 120 will be reduced to level 50 when Shadowlands rolls around, and the new level cap with be level 60.

Oh, and speaking of the new starter one… 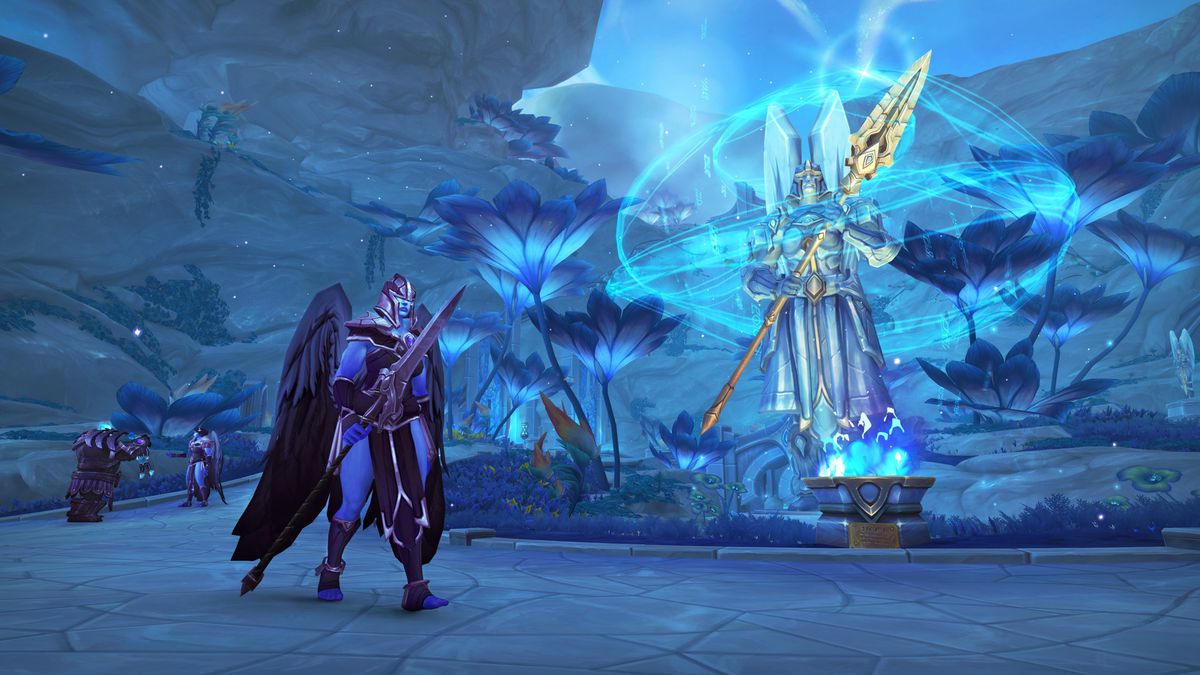 The new starter zone, Exile’s Reach, is an island that’s been designed to serve as a better starting point for new players and characters in World of Warcraft. Not only will this feature tutorials to introduce you to the game’s world and combat, there will also be new quests to take on to help you get to level 10. 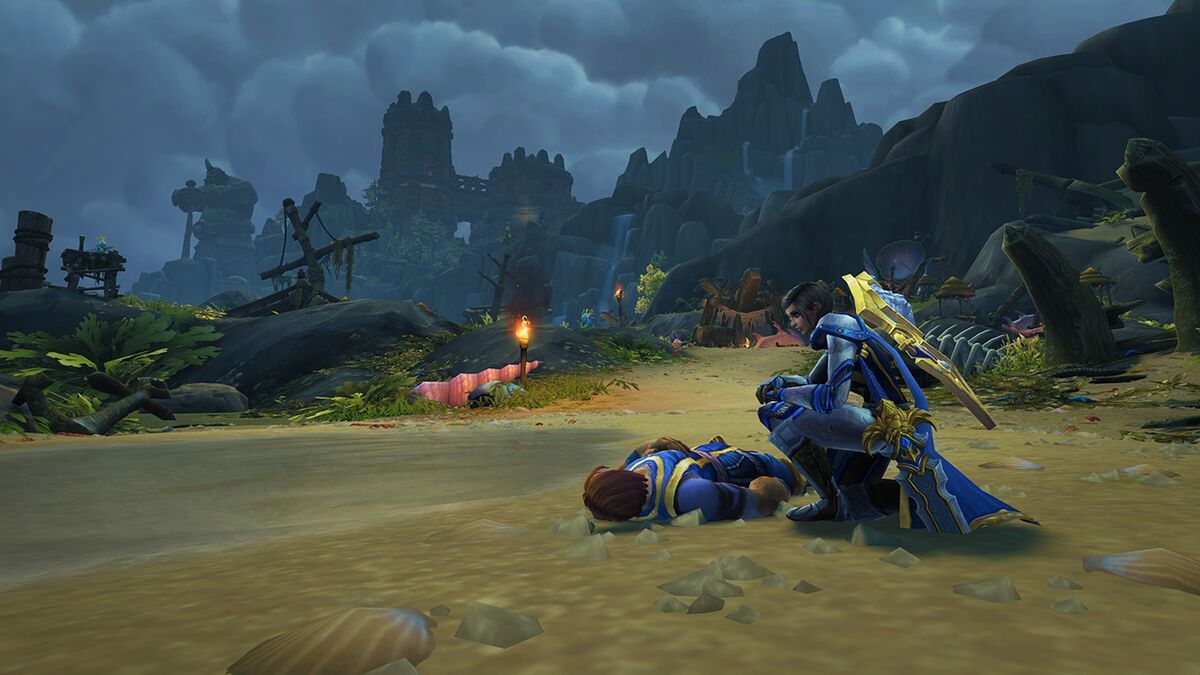 Enough about the starter zone though- what about Shadowlands proper? What’s new in this expansion? Well, to begin with, Shadowlands brings five new zones to the game for players to explore. The elysian and gleaming fields of Bastion, the battle-scarred realm of Maldraxxus, the enchanted and mystical Ardenweald, the dark and gothic Ravendreth, and the dreaded place where no one wants to end up, the Maw. 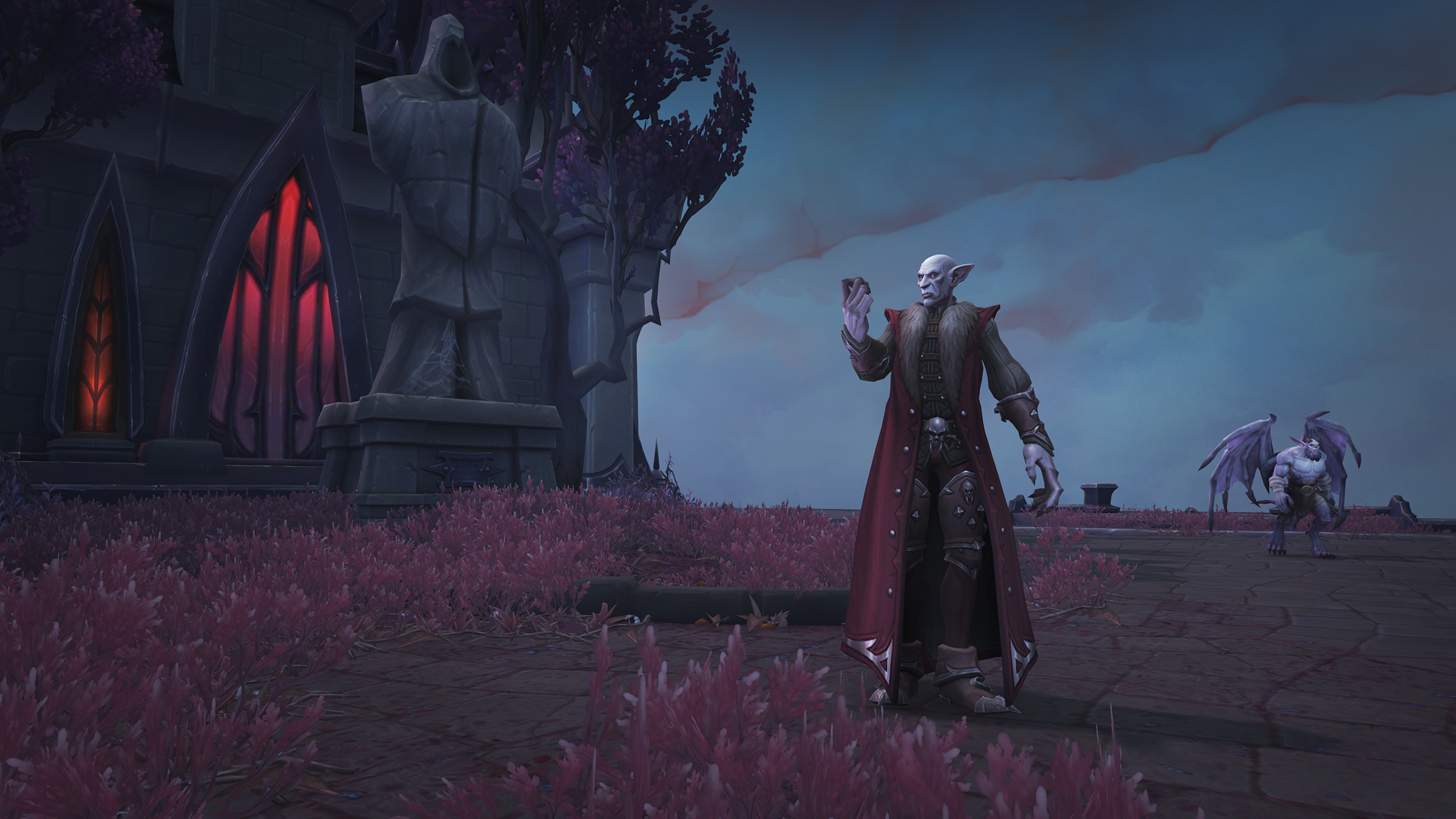 In addition to the five new zones, players in Shadowlands will also have access to a new hub location- the city of Oribos, which lies in the centre of the five zones. Oribos is the place where souls who’ve passed on from the realm of the living are judged by the Arbiter before being sent to their final destinations in the afterlife of the Shadowlands, and it’s here where you’ll be picking up new quests, learning more about the world, and about the story. 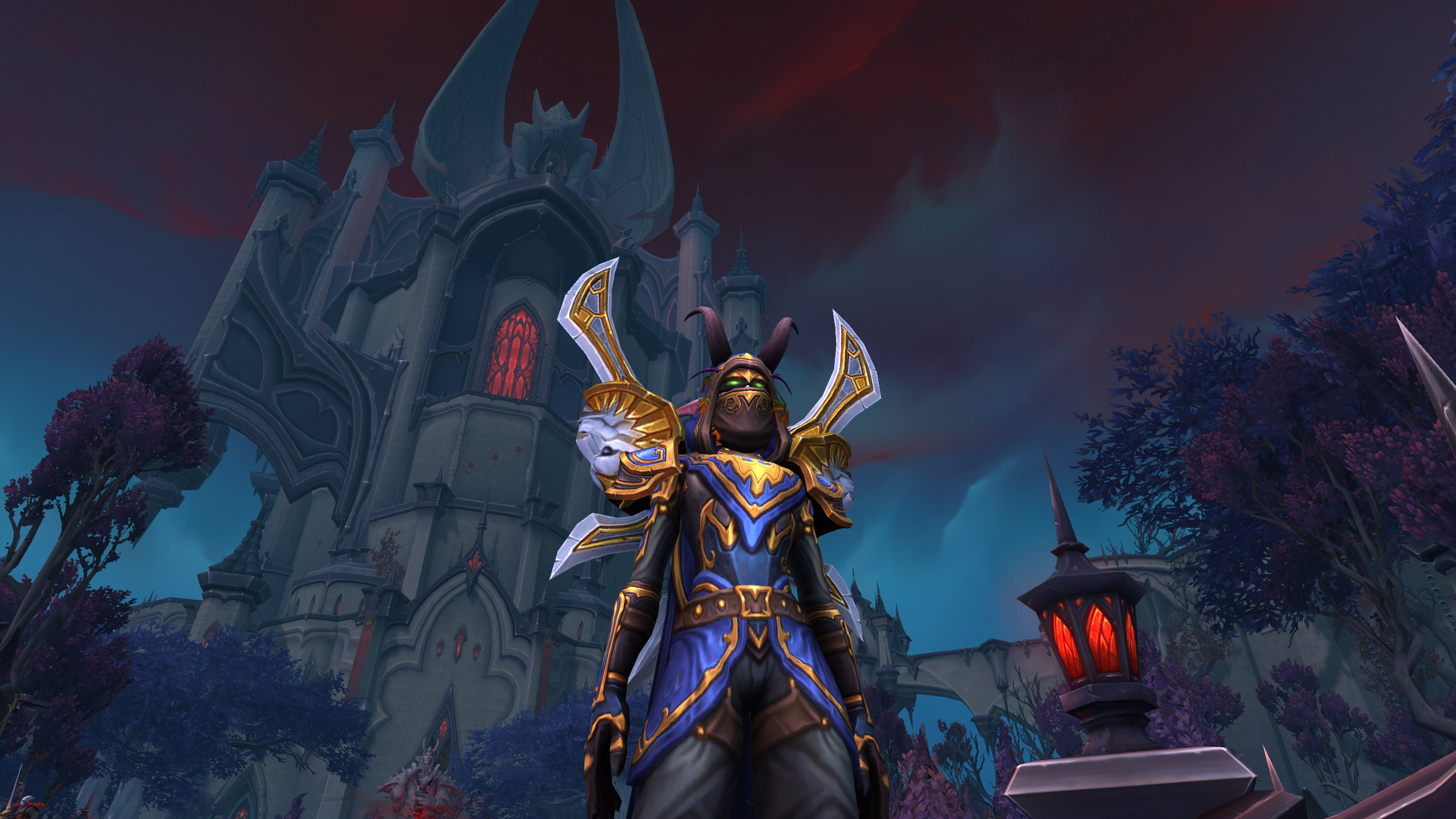 Of course, with every new WoW expansion, one also expects new dungeons. Shadowlands is going to add eight of these. Four of these will be unlocked in the heart of the expansion itself, while you’re leveling up, while the remaining four will be for the endgame. These endgame dungeons, as you’d expect, will be unlocked once you hit the level cap.

A new raid will also be in the expansion at launch, and will feature an incursion into the typically gothic Castle Nathria in Ravendreth. The raid will see you squaring off against 10 bosses in total, and as per Blizzard, it will involve a fateful battle against “unfathomable horrors in a race to uncover a sinister plot and save these lands from a dark and twisted future.”

TOWER OF THE DAMNED 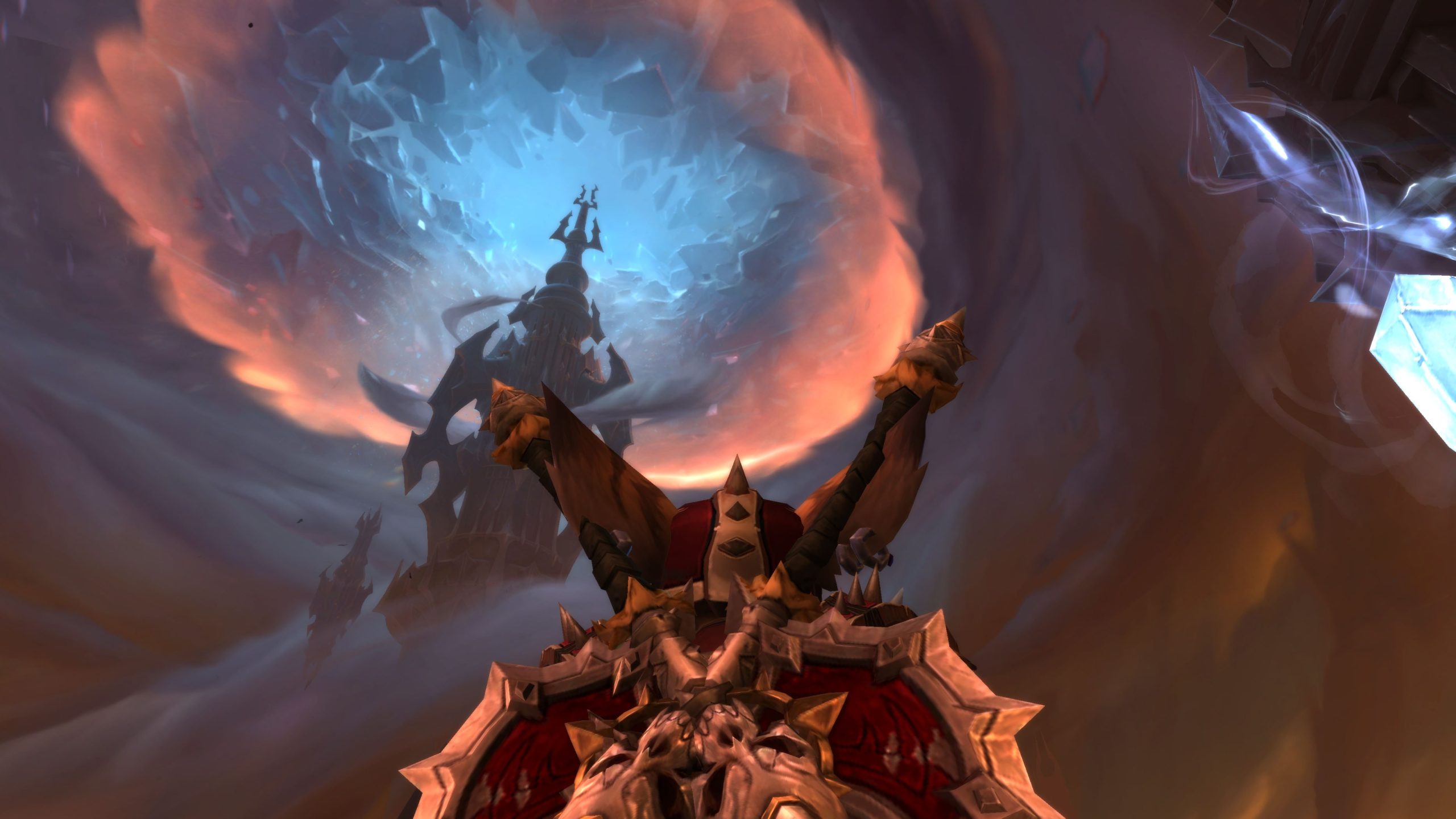 One of the most exciting additions that Shadowlands is making is Torghast, the Tower of the Damned, which is an endless roguelike dungeon. Located in the heart of the Maw, the Tower of the Damned is a roguelike experience that will change its layout and the enemies you face each time you enter it. There will be new abilities, new rewards, and players will be able to tackle both solo or in a group. 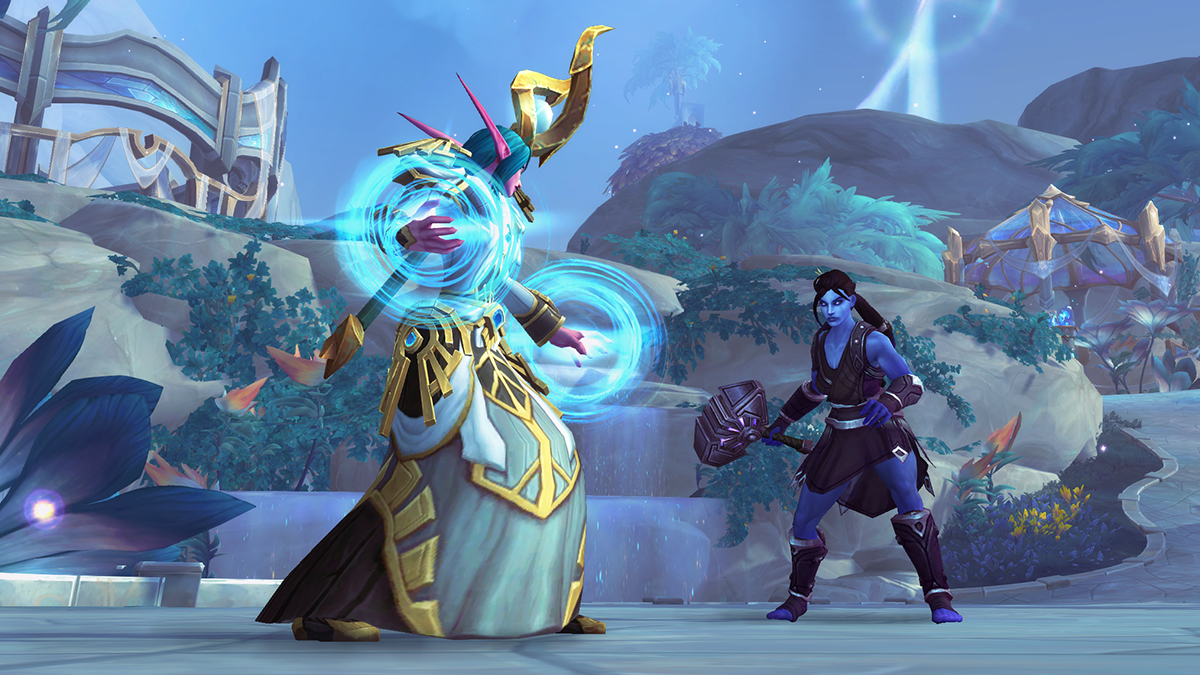 Cosmetic customization options are also being bolstered in Shadowlands, which means you’ll be able to add more visual detail to your characters’ faces. You will now have the option to add tattoos, there will be additional new hair styles, options to change your ethnicity, and even add varying degrees of decay to your skin if you’re playing as an undead character. 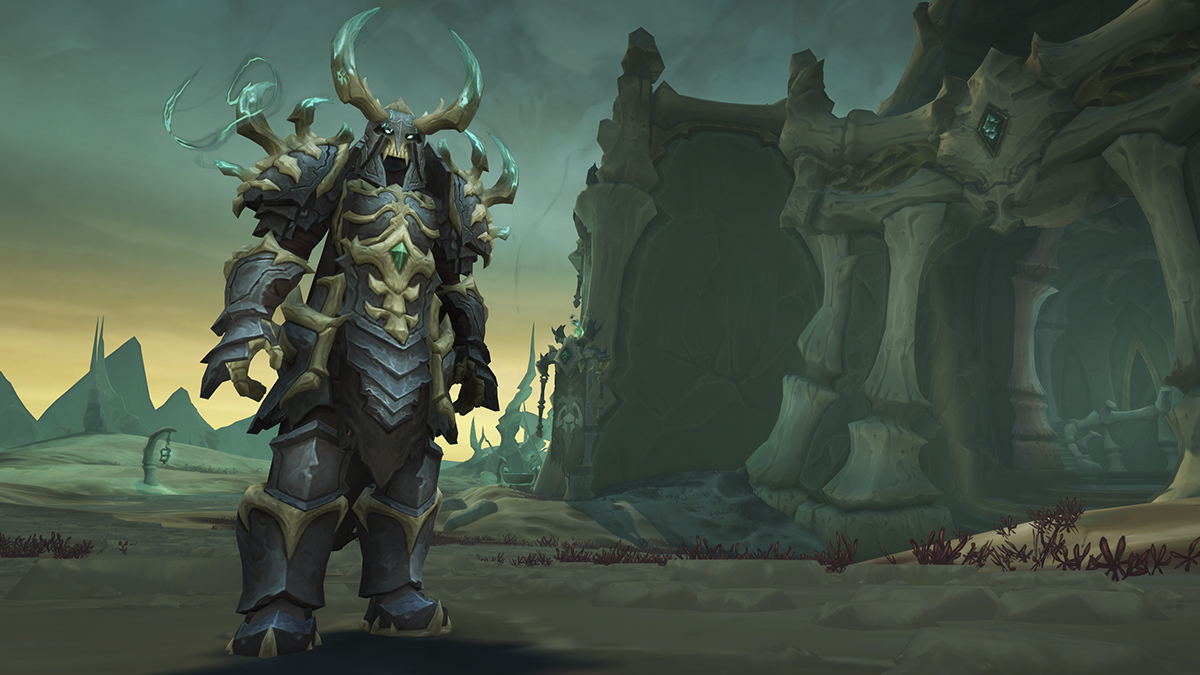 Death Knight has been a playable class in World of Warcraft since 2008’s Wrath of the Lich King, but with the upcoming Shadowlands, it’s going to be opened up to pretty much everybody. Though the Death Knight class has till now been locked only to the races that were playable when Wrath of the Lich King first came out, now, Panderan – introduced with Mists of Pandaria – and the Allied Races – introduced in Legion and Battle for Azeroth – will also be able to play as Death Knights. 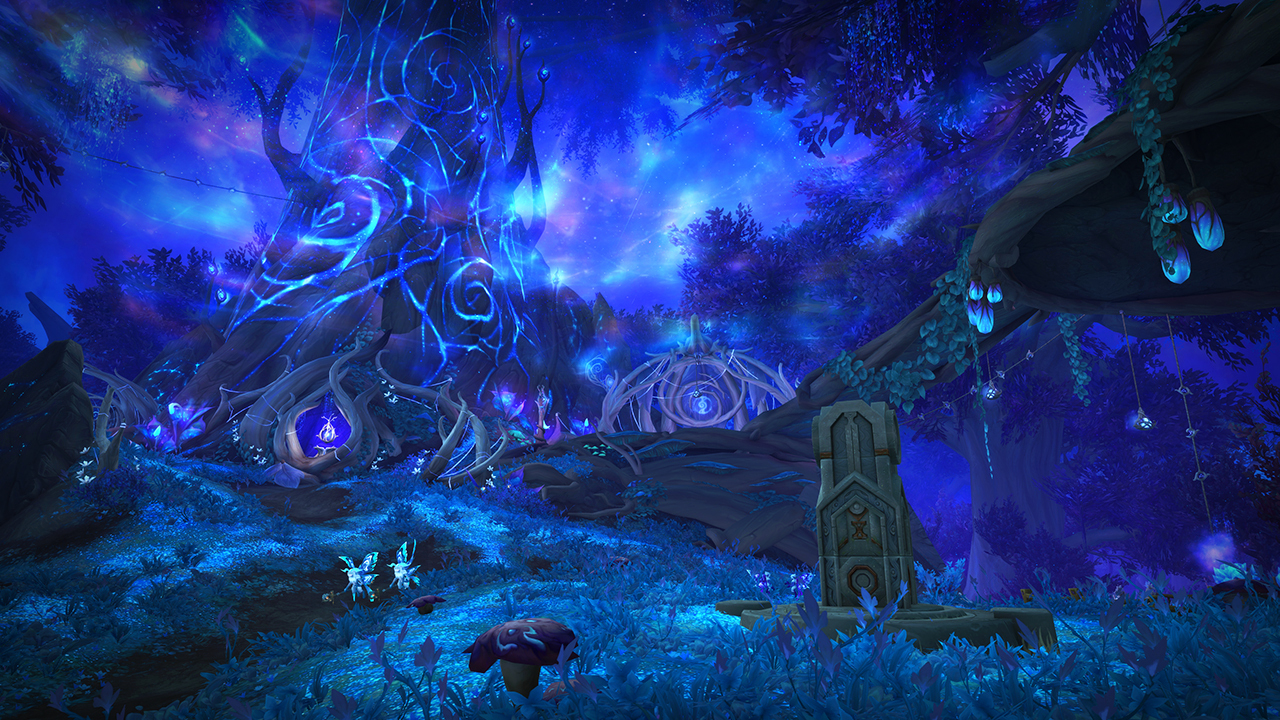 One of the biggest new features being introduced in Shadowlands is Covenants. Each of the five new zones in Shadowlands that we spoke of earlier is ruled by a different faction, or Covenant. As you play more and assist these factions, they’ll grant you with unique rewards and bonuses, including faction-specific gear and new special abilities. 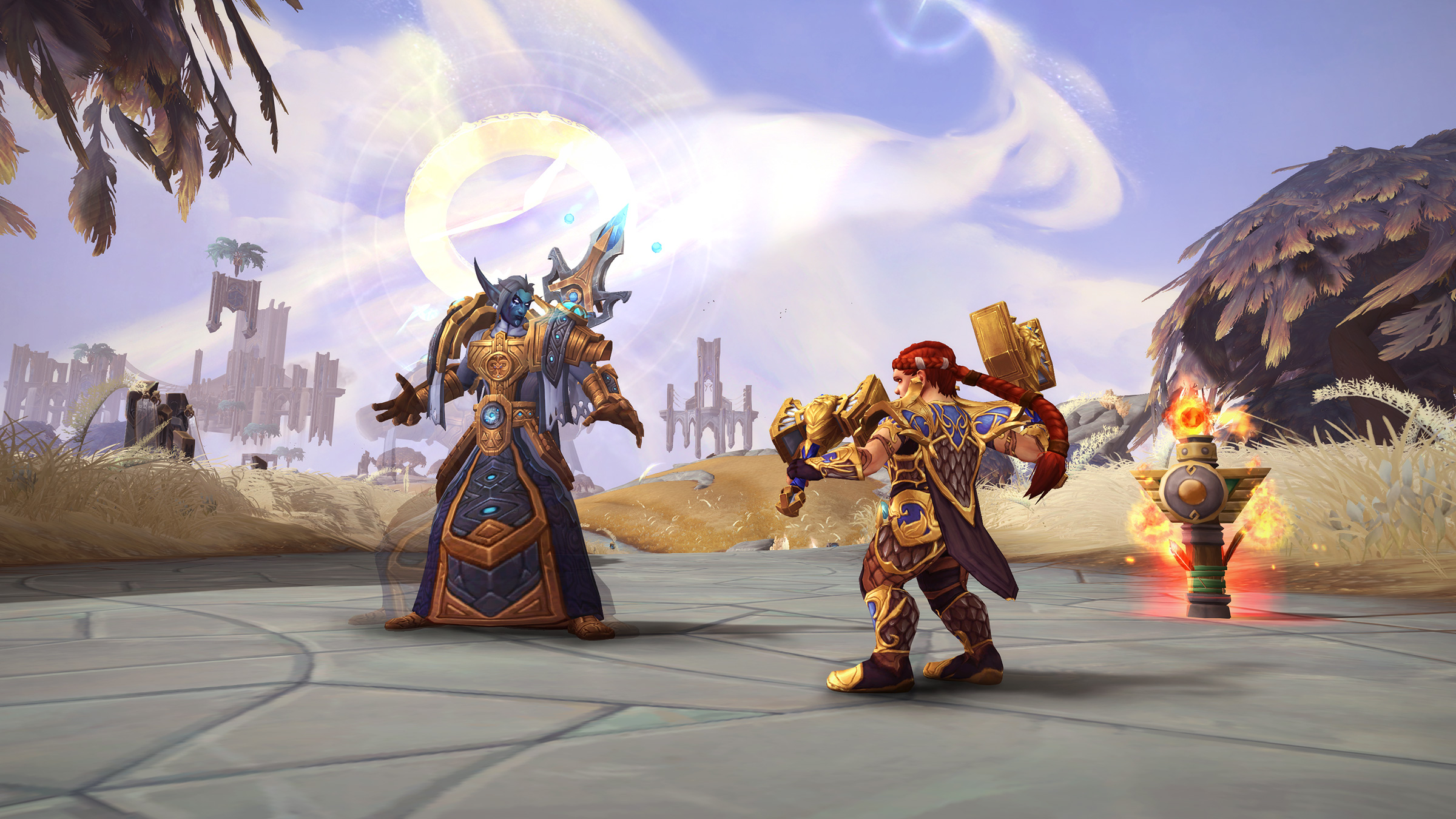 The Covenant will also have a pretty big role to play once you’ve finished the main campaign of Shadowlands, because once you’ve done so, you’ll have to align yourself with one of the five factions. Once you’ve done that, not only will you get an armour set and unlock their unique abilities permanently, you will also unlock their unique long endgame questline, and also gain access to the endgame progression system known as Soulbinding. 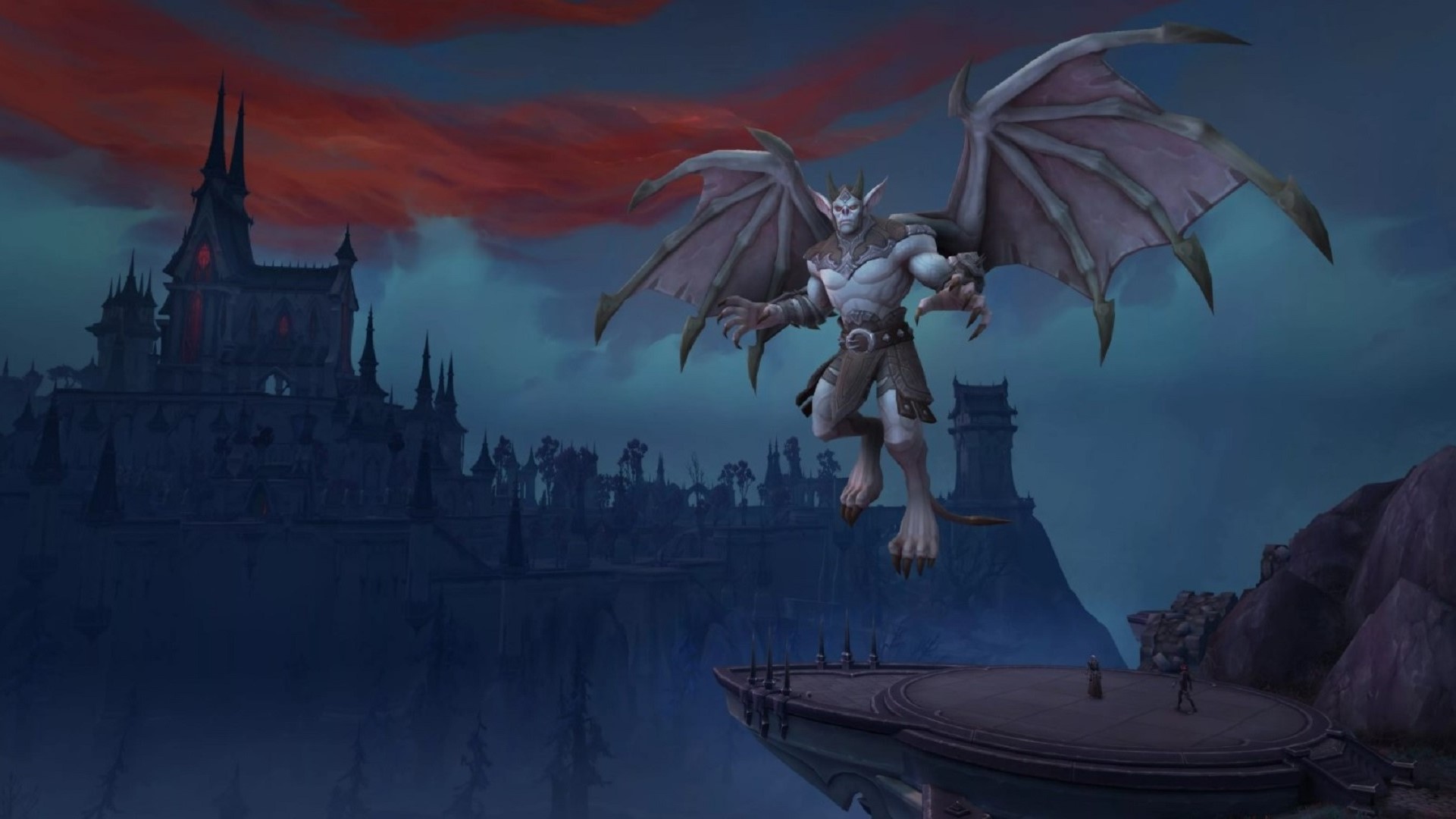 When World of Warcraft: Shadowlands launches on October 27, you’ll be able to purchase one of three different editions. There’s the base edition for $40, which will give you the game. Then there’s the Heroic Edition for $60, which, in addition to the game itself, will also give you a level 120 character boost, an Ensorcelled Everwyrm flying mount, and the Vestments of the Eternal Traveler transmog set quest. Finally, the Epic Edition, for $80, will include all of that, as well as the Wraithchill cosmetic weapon effect, the Eternal Traveler’s Hearthstone, the Anima Wyrmling pet, and 30 days of game time. 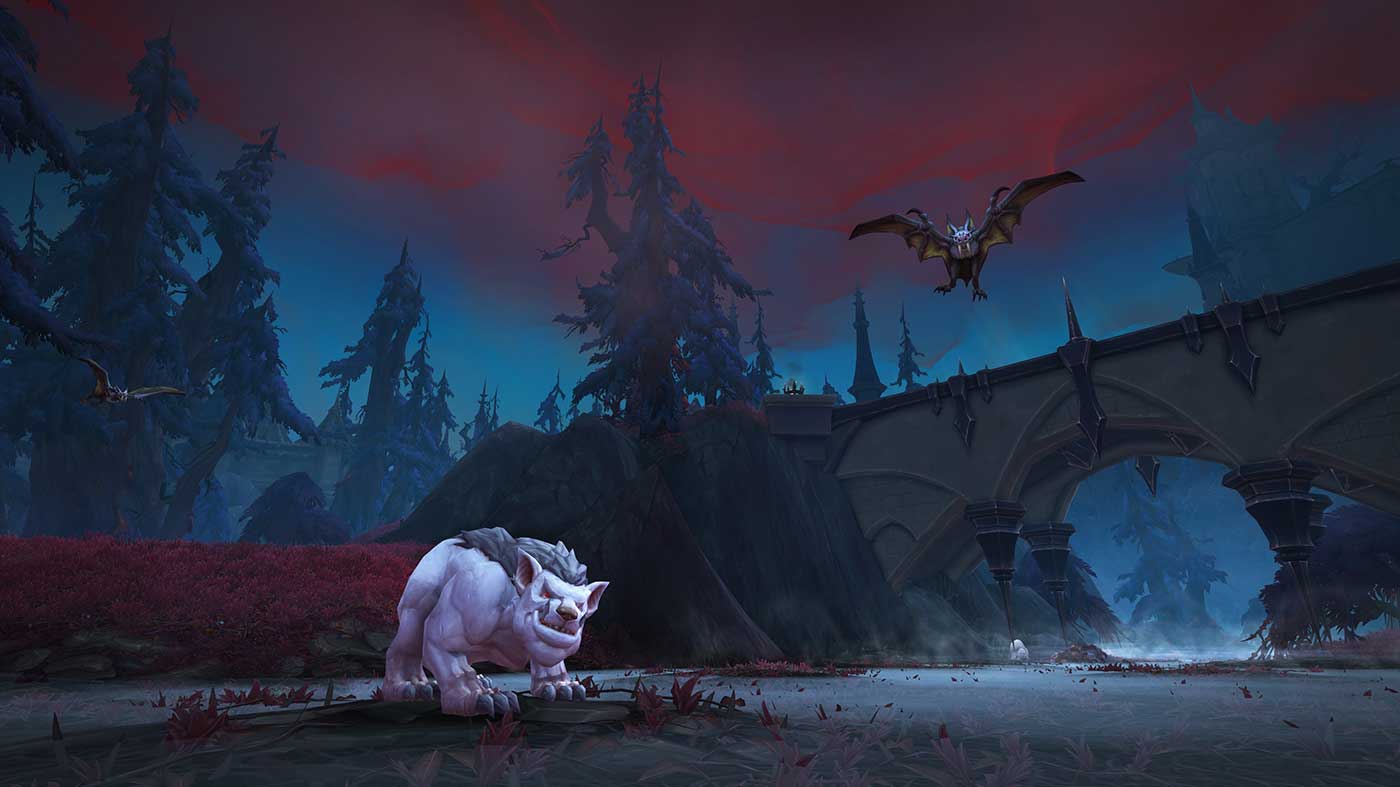