The worst portable Rally experience around

RC 3 FIA World Rally Championship is a rally game that relies too much on its mechanics rather than an all around decent package. The game is also unforgiving for new players because it lacks a proper tutorial mode and expects that you have played the previous games in the series. Inconsistencies in the presentation throughout the entire game do not help it either. I will talk about each of the game’s component in detail starting with the presentation first then the gameplay mechanics and overall verdict.

WRC 3 FIA World Rally Championship is among the first game that has the most horrible inconsistent production value all around I have ever seen in any video game. The visuals of the game look like came out in the mid-late 90s; the sound design is horrendous. The port graphically suffers because of lower-resolution textures and the game is not even running at 60 FPS, instead it tries to run at 30 and still has slowdowns despite the graphical compromises. 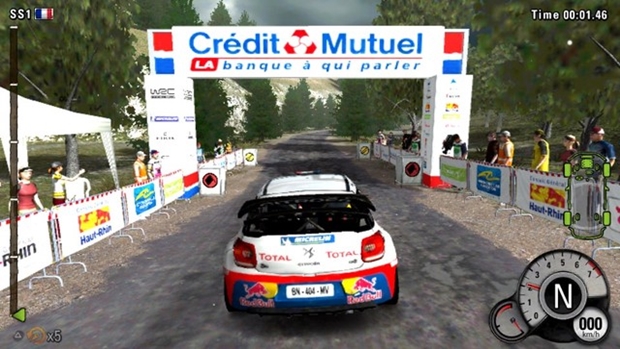 The engine of the cars sounds bad and all you will ever hear throughout the racing stages of this game is an announcer who comments on upcoming turns almost every single second. The announcer’s voice sounds like it was recorded on an old voice recorder. It gets annoying and instead of focusing on racing, the players will be tortured by an atrocious male voice all throughout the race that never shuts up.

The music in the game is actually good; however, it does not fit the game style at all in my opinion and makes the player feel like they’re playing a game that belongs to a different genre. The production values almost feels like the developers worked on the same game with no communication in between throughout the entirety of the development process. This ended up creating an inconsistent overall style that does not fit the genre and feel of the game.

One thing WRC 3 FIA World Rally Championship does get right is the cars and the feel of a rally game itself. Cars are licensed and the tracks range from snowy mountains to green flat plains. Each rally has a star rating that resembles the difficulty of the stages before you play it. Overall the presentation in WRC 3 FIA World Rally Championship is a giant lackluster, has a unfitting soundtrack, bad sound of the car engines, annoying announcer voice and the graphics of a late 90s games creates an ugly presentation throughout the entire package despite the licensed cars and cool tracks. 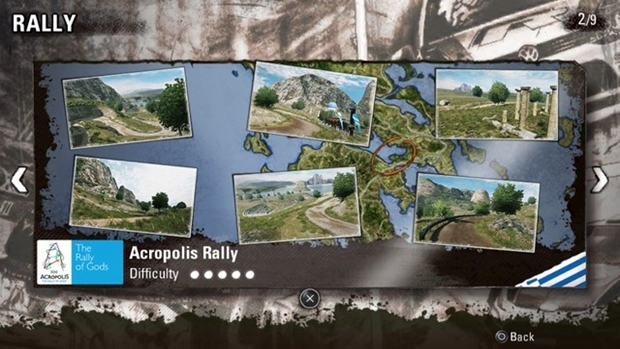 There are two categories in the game that you can play, WRC Experience and Multiplayer. WRC Experience has three different single-player modes: Single Stage, Rally and Championship. In Single Stage you pick one stage and a car to race in and that’s it. In Rally mode, you can play an entire Rally with all the stages included rather than just one Stage. Championship Mode lets the players play all the playable Rallies and pick stages in whichever order they want. All the modes are nice and give you plenty of options depending on your mood on how you want to play the game.

However, the main career mode has been stripped away that used to be included in the console version of the game. Why did the developer decide to do this? I have no idea and I think it is rather strange to strip away main gameplay features that provided content in the previous versions.

The port of the game includes only 6 rallies as opposed to 13 on the console version, the main career mode is gone, which is more than half of racing content. In the multiplayer you can play a  custom match and of course check the leaderboards. The online only supports up to six players instead of 16 on the console version. I do not understand some of the design/content choices that were made for this port by the developers. 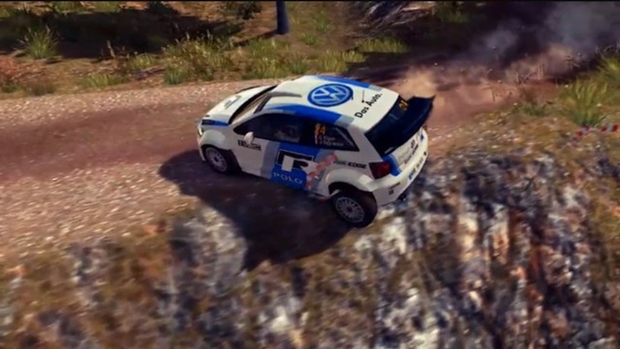 There are different classes of cars to choose from, every single car is licensed, which gives the game a true rally experience feel to it. The handling of the cars is decent, driving feels right for the most part and the game does feel proper for a rally genre racer. Your cars can also break certain parts throughout the races if you crash a lot. The game does feature a damage model, bumpers will start dragging and parts will fly off if you drive recklessly.

Once you have finished a stage you have 60 seconds to fix particular car parts using sliders before the time runs out. If you are not sure what needs the most fixing for your next race then you can have an A.I. do an automatic fix by pressing the Triangle button. This is a nice feature; it adds somewhat of a strategy and makes the gameplay a bit more interesting. 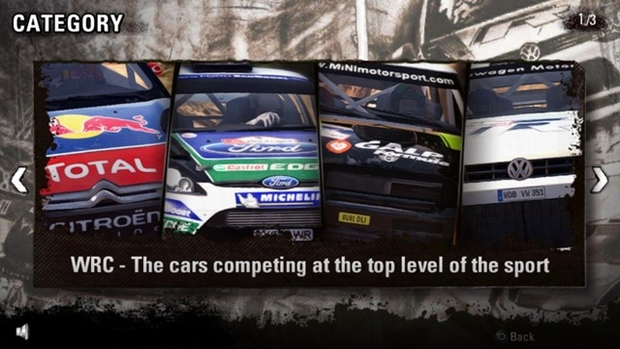 The fact that the game was missing a simple introduction tutorial on the gameplay mechanics and style of racing bewildered me. This is a rally racing simulator game, any simulator game should include some sort of a basic tutorial, and however, in this case the game did not.

Overall WRC 3 FIA World Rally Championship is a disappointing rally game that could of been really good. Starting with inconsistent production values to tremendous amount of content cutting, I don’t understand some of the design/content choices that were made for this port by the developers.

Considering the game costs $40 on PlayStation 3 and the Vita version cuts so much racing content that the game ends up not even being worth of a purchase. There is no Cross-Save, Cross-Buy or even Cross-Play features either, this is a watered down port that does not justify the $40 price tag at all. Stay away from this port and just play the console version instead.

Inconsistent production values, boring gameplay, no tutorial for newcomers, bad graphics, too much content stripped from the console version.

WRC 3 FIA World Rally Championship focuses too much on licences and gamplay rather than an overall good package/content and ends up failing miserably.