This rally racer hits the mark on the important stuff.

Having taken a year off after the not-so-well-received WRC 7, developer Kylotonn is striking back this year with WRC 8. A promise of sweeping changes to the core driving experience and an exciting new career mode with an emphasis on team management shows their commitment to advancing the rally franchise to appeal to returning fans and newcomers alike. While it doesn’t hit every note just right, it’s a considerable improvement with more highs than lows. 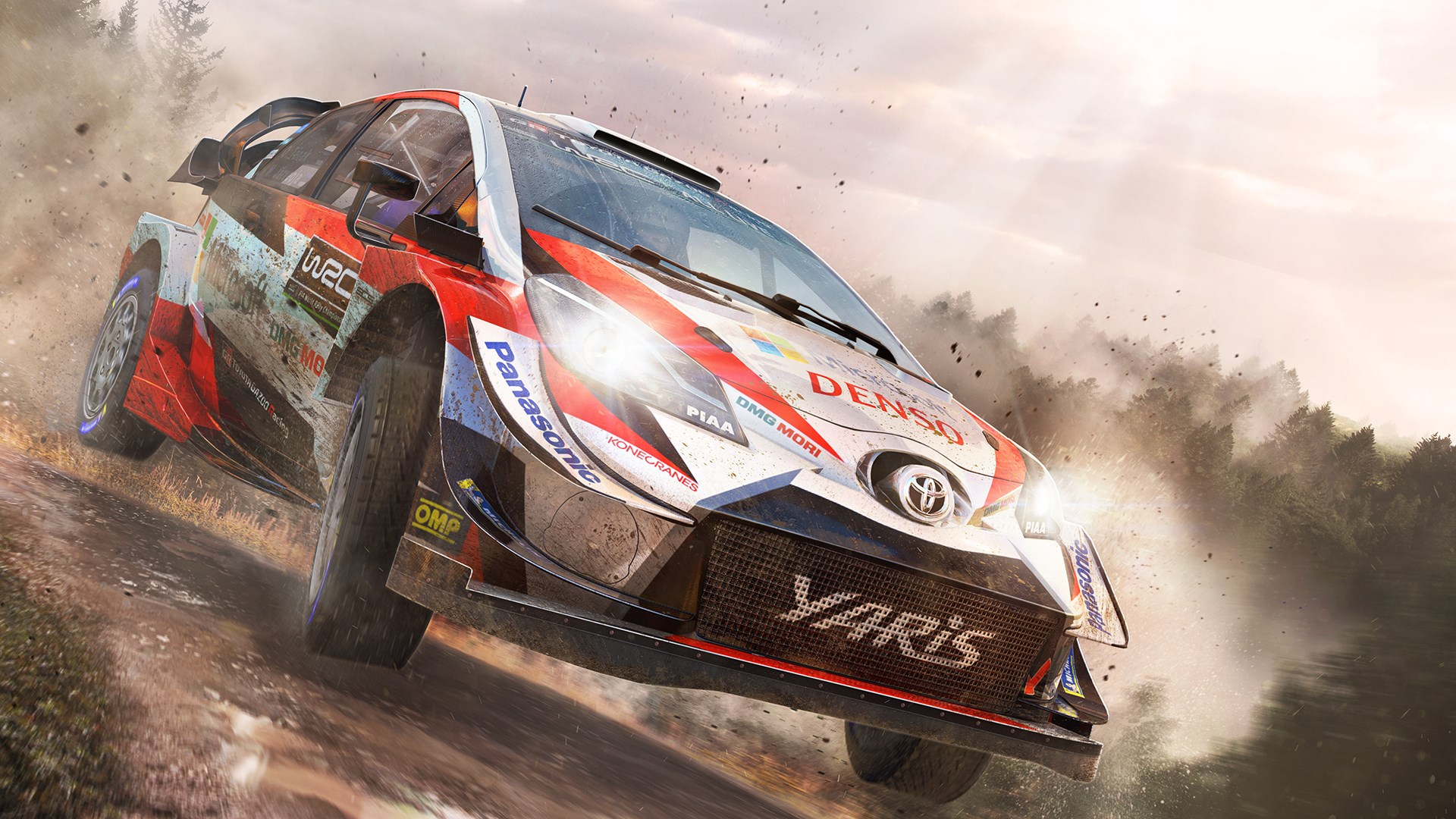 "While it doesn’t hit every note just right, it’s a considerable improvement with more highs than lows."

Let’s get something out of the way up front: I’m embarrassingly bad at simulation racing games. Though I enjoy the tense, unrelenting challenge that comes from gameplay where every move made can make or break your performance, I’ve never quite mastered the art of gentle trigger pressure and making minute steering movements. I can comfortably make my way through more beginner-friendly games like Forza Horizon with its vast open-world design and fewer barriers to laughably crash into, but WRC’s endless tight corners demand rapid decision-making, and its ever-changing conditions require skilled hands behind the controller.

So, luckily, WRC 8 didn’t shut me out. A helpful training mode gave me plenty of opportunity to practice up and relearn its mechanics, and while I was never able to ramp the difficulty past medium to hang with the pros, I never felt like I was being punished for not being a master rally racer. The game’s improved responsiveness forces you to relearn even your most basic skills, like how best to apply the handbrake in hairpins, so even someone with a long history with the franchise is almost guaranteed to benefit from some time in the test mode.

WRC 8 differentiates itself from previous iterations by adopting a full-blown career mode that focuses heavily on team management. Managing both your calendar and your team means a lot of extra work, but thankfully, it’s all pretty straightforward even for less experienced players. Each new team member adds something useful to your crew, such as a mechanic who repairs your car over time or a meteorologist who predicts weather conditions with fluctuating degrees of accuracy so you can have a better idea of what type of tires to use. But like in real life, predictions don’t always end up being correct, so you may find that, despite your crew’s best efforts, things don’t always go as planned. Still, having these different team members working together unison gives you significantly better chances at success. 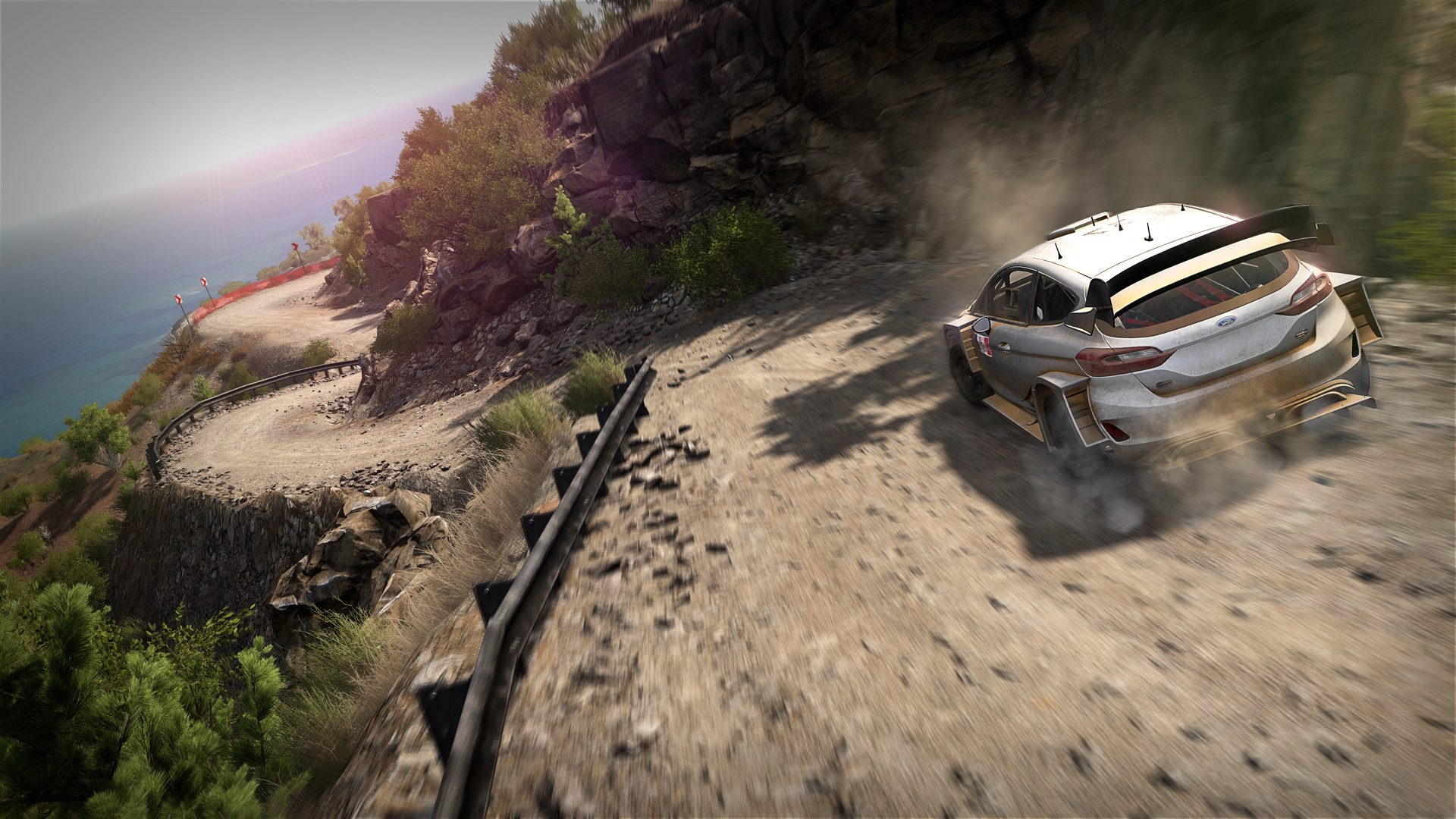 "WRC 8 differentiates itself from previous iterations by adopting a full-blown career mode that focuses heavily on team management. Managing both your calendar and your team means a lot of extra work, but thankfully, it’s all pretty straightforward even for less experienced players."

Managing your team is multifaceted. Doing well in rallies and earning additional money through completing objectives (such as not using hard tires for a few rallies) is vital to keep a steady flow of cash to pay them all, and you’ll need to rest them individually to ensure they maintain the quality upkeep you need to succeed. Meanwhile, heading over to the R&D area grants you the ability to apply points to an impressively-detailed skill tree. It’s here where you unlock new types of team members or improve their craft, optimize and reinforce your car, and gain access to new abilities and features for yourself and your team. Navigating the game’s menus can be cumbersome and even periodically laggy, but the vast array of options at your disposal is welcomed.

As you manage your career’s calendar, additional events keep things interesting and supplement the official rallies, such as an Extreme Conditions event that places you in a severely damaged car in extreme conditions and tasks you with making it as far as you possibly can. A bevy of training events allow you a bit of freedom by letting you continue on for as long as you’d like in an attempt to earn medals for beating best times. Having this collection of thing to do in between longer rally stages keeps things from growing stale quickly, and I appreciated the diversity between them.

On the casual end of the spectrum, you can opt to skip the team management of the career mode in WRC 8’s season mode and take part in rallies without getting buried in the details, or if you’re just looking for unfettered access to the game’s 100 stages, quick play can get you behind the wheel driving somewhere beautiful. If you’re a highly skilled player looking to test your mettle, eSports events give competitive you the ability to compete against the best of the best. 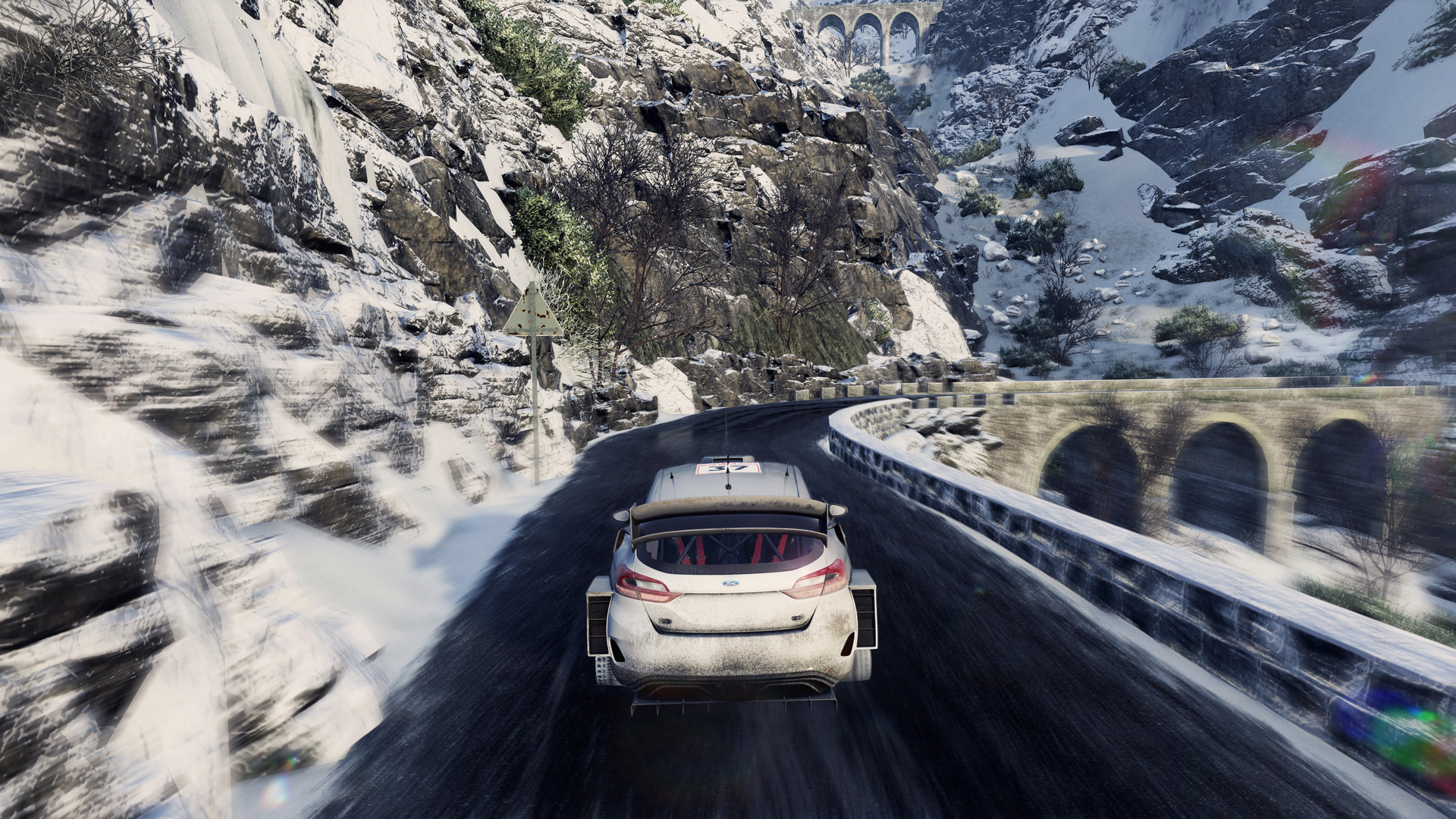 "A bevy of training events allow you a bit of freedom by letting you continue on for as long as you’d like in an attempt to earn medals for beating best times. Having this collection of thing to do in between longer rally stages keeps things from growing stale quickly, and I appreciated the diversity between them."

Due to being given an early review code for the game, I was unable to find any online matches. Even so, the normal options apply here – finding or creating a lobby comes with a suite of difficulty and category options to help narrow things down, and a “quick game” option gets the ball rolling without being tasked with deciding between those pesky options. Meanwhile, a split screen option keeps thing old-school for anyone wanting to have some friendly couch competition.

Since each rally comes with its own set of unique weather conditions and road types, WRC 8 demands you adapt each time you get behind the wheel. One rally may see you racing on snowy mountain roads that require you to be skilled at managing your speeds and manoeuvres, and another’s gravel roads may suffer from poor conditions and potholes, demanding that you adapt to the consistently bumpy ride. Considering my low to medium skill level, I’m always a fan of faster rallies that allow me to reach high speeds and take on heart-stopping jumps, but I quickly found that conditions and expectations can change like the wind, so staying focused is mandatory to succeed.

Unlike previous games in the series, the weather in WRC 8 is randomized and dynamic. A massive thunderstorm is unlikely to hit you in the midst of a beautiful, sunny drive through Finland’s countryside. Instead, you’ll notice a slow onset of turbulent weather alongside slowly degrading driving conditions, meaning you’re forced to continuously adjust your braking distances as puddles fill up and mud begins to replace dry, dusty roads. And with cool new features like realistic tire deformation – an addition that sees your tires scrub off throughout the rally and can eventually lead to blow outs – weather can take a true toll on your driving experience and leave you in one hell of a predicament. Visual cues and slowly changing conditions mean that you’re just as reliant on your staff’s predictions as you are on your own driving skills, creating a genuine sense of synergy that drives home WRC 8’s focus on team mechanics in its career mode. 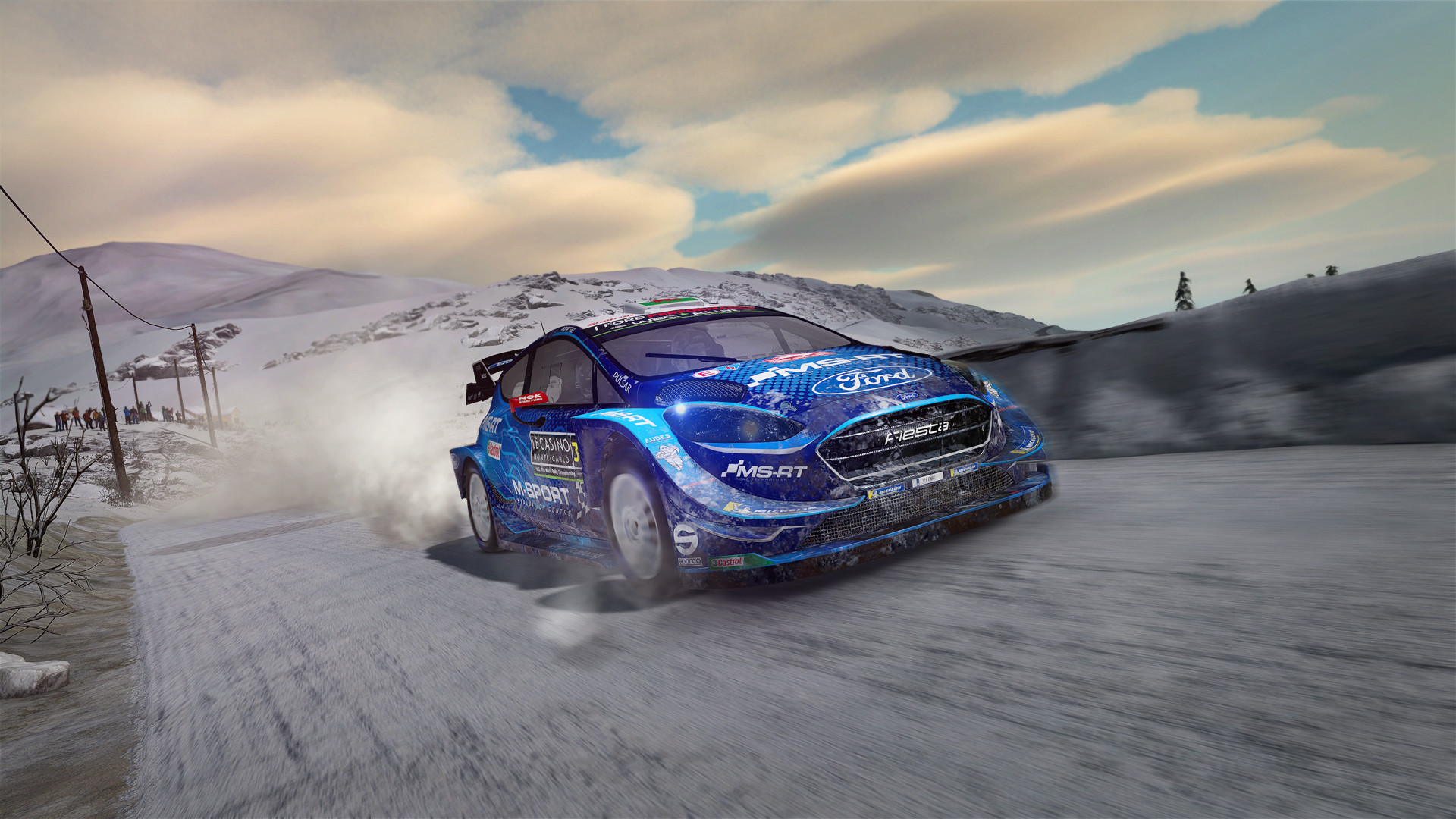 "Visual cues and slowly changing conditions mean that you’re just as reliant on your staff’s predictions as you are on your own driving skills, creating a genuine sense of synergy that drives home WRC 8’s focus on team mechanics in its career mode."

Even on the PS4 Pro, the game’s occasionally excessive screen tearing and pop-in can be distracting, and the sound regularly lags behind what is happening on-screen. Visually, WRC 8 falls largely short of contemporaries like Codemasters’ attractive DiRT Rally 2.0, but it’s not an ugly game. Most of the cars in the game are immaculately detailed, and though much of the architecture is blocky and severely lacking in detail, overall texture quality and lighting brings life to each stage admirably. Unfortunately, damage modeling on the cars themselves is fairly unimpressive from a visual standpoint – no matter how many times I tested it by ramming my front bumper into something, it created the same static damage visuals. None of this is offensively bad when focusing on the ever-intensive driving, but stopping to look around is guaranteed to occasionally result in disappointing results.

Final Verdict:
GREAT
Despite a few disappointing presentation issues. WRC 8 is an otherwise solid outing for the franchise. Improvements to car handling and physics set WRC 8 well above its predecessor, and the new career mode is a hugely appreciated addition for anyone looking to get the most out of a simulation racer.
A copy of this game was provided by Developer/Publisher/Distributor/PR Agency for review purposes. Click here to know more about our Reviews Policy.