WrestleQuest is a turned-based RPG set against the backdrop of WWE. It features licensed WWE Hall of Famers like Andre the Giant, Jake The Snake, and others. 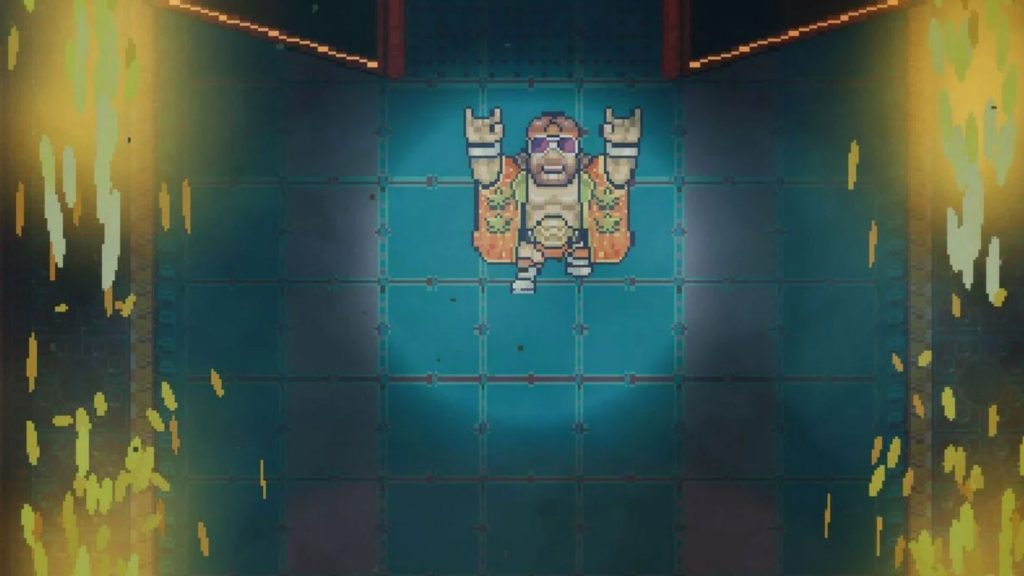 The ID@Xbox Showcase has brought some rather interesting games for fans to look forward to, and WrestleQuest is certainly one such incredible indie gem. Developed by Skybound Games and Mega Cat Studios, WrestleQuest is a turn-based RPG set against the backdrop of WWE. Check out the announcement video down below.

WrestleQuest sees players assuming the role of a young wrestler climbing through the ranks of WWE. Players will be facing licensed WWE Legends including but not limited to Booker T, Andre the Giant, Jake “The Snake” Roberts – all renderd in cutsy pixel art. The turn-based combat works as one would expect, and players need to build up a hype meter before a finishing move is unlocked – following which one should be able to pin down the opponent.

Additionally, there’s also party members to collect, and new arenas to explore. All in all, the game certainly looks promising – offering a fresh new take on this popular entertainment sport. WrestleQuest releases for Xbox One, Xbox Series X, and Xbox Series S sometime in the near future.

In the meanwhile, check out our review of WWE 2k22 by clicking through here.