As part of our ongoing series on ‘the year in review’,  we take a look at the Xbox 360’s performance in 2009. There is no doubt that the 360 faced some stiff competition from its arch rival the PlayStation 3.  And as far as exclusives go, the PlayStation 3 has won 2009, but let’s be honest; the Xbox had its fair share of  great exclusive and multiplatform games too. So let’s get started. 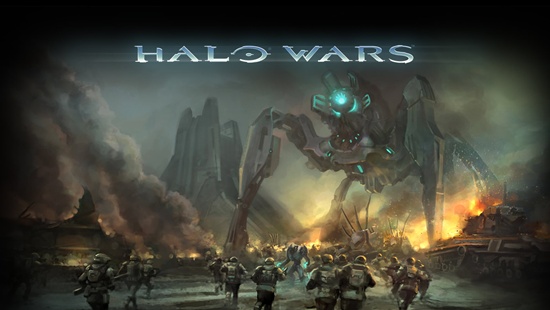 Halo Wars was one of the highlights of 2009.

The Xbox 360 had a great season last year in 2008. Heavy hitters like Gears of War 2 and Fable 2 sold like hot cakes making the Xbox the most wanted console in Fall 2008. January just like any other year was very slow for the video games industry. There were two notable releases for the 360 in Skate and Conquest, which were both multiplatform games. However, Skate 2 was a bit of a disappointment since the predecessor was such a good game. January ended with the release of Fallout 3: Operation Anchorage which was a unique experience for Fallout 3 fans. It had its problems, but it’s a fun 3-4 hours of action that anyone with the game should experience.

February saw the release of the sequel to one of the best survival horror games ever;  FEAR 2 was a little less scary than its predecessor but it was a solid shooter overall. The month was very good for Microsoft since it had two major games in Street Fighter IV and the exclusive DLC for Grand Theft Auto 4: The Lost and the Damned. L&D offered a superior multiplayer to the vanilla game. Various GTA IV modes are included in addition to plenty of new modes like lone wolf biker, chopper v chopper, witness protection etc. All these new multiplayer modes and slight gameplay tweaks made L&D an amazing new experience. February ended with reasonable games like Star Ocean: The Last Hope and 50 Cent: Blood on the Sand.

March was the month the majority of the 360 owners were waiting for. No prizes for guessing; Halo Wars. Halo Wars was the premier console RTS and the one that other developers will use as a blueprint for many years to come. Ubisoft’s new multiplatform game for jet fanatics HAWX came out and did fairly well along with the epilogue DLC for the critically acclaimed Prince of Persia. Capcom’s next game, Resident Evil 5 also saw the light in March and did fantastically well on the Xbox 360 and the PlayStation 3, and even though the series was big diversion from the previous games it did very well nonetheless. 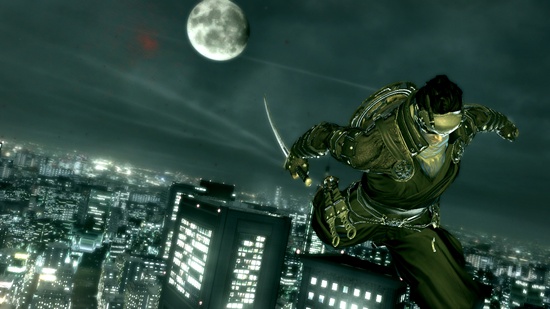 Sorry! By ripping Ryu Hayabusa, you are not going to win any hearts!

Q2 began with another exclusive: Ninja Blade. It tried to better to what Ninja Gaiden achieved but in the end it was nothing but a cheap rip off. Ninja Blade was a decent attempt at stealing Ninja Gaiden’s thunder, but fell short on everything it tried to do. Next up was The Chronicles of Riddick: Assault on Dark Athena which was a good attempt but fell short compared to the original. April also saw the release of the stealth action game Velvet Assassin, which was not without issues. The stealth mechanics had been executed very well but it was often nullified by some really awkward and frustrating combat sequences. However, it was the best exclusive that the system had in April. May was the time for Mutants. May 1st 2009 saw the release of Origins: Wolverine, the next installment in the X-men franchise. The game was very well developed and had a good plot (better than the movie) and had some of the craziest action sequences seen in an X-men game. Then it was time for yet another Fallout 3 DLC ; Broken Steel, which gave a good bang for your buck and was a must buy for any Fallout 3 owner. May also saw the release of several multiplatform games like UFC 2009, Bionic Commando and Sacred: Fallen Angel.

June started with a bang with the release of Volition’s Red Faction: Guerilla which featured a load of destructible objects in the game. Hell yeah! The game is easily one of the best examples of mayhem and utter destruction in 2009. Next up was Prototype which was one of the highlights of June. Unfortunately, we then had one of the worst as well; Virtua Tennis. Next up was the highly anticipated Ghostbusters: The Video Game which made you feel like you were a Ghostbuster in real life. The month ended with great games like Fight Night Round 4, Call of Juarez and the next game in the Transformers franchise: Revenge of the Fallen. 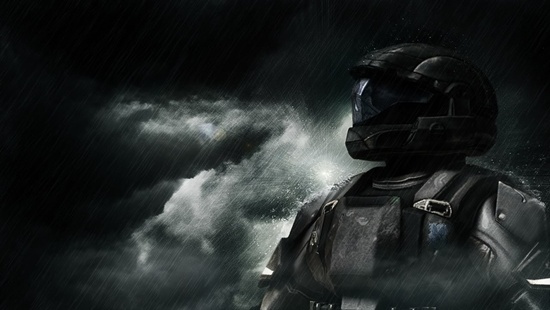 July 8th saw the release of one of the bigger and better downloadable games: Battlefield 1943. It’s difficult not to recommend Battlefield 1943 to anyone. Whether you are a shooter fan or not there is tons of fun to be had, and at 1200 Microsoft points or $14.99 on the PSN the price is right. One of the better deals that was released in July was the combined package of BioShock and Oblivion. I am not sure how many of you actually missed this one, but it was a pretty good deal considering you can get two of the best games this generation in one bundle. The end of July saw the release of Gears of War 2: All Fronts Collection which included several maps and the deleted chapter in the sequel ‘Road to Ruin’. One of the most under rated fighting games Marvel versus Capcom 2 also came out during this period. August saw the release of GI JOE which got panned by the critics. Madden NFL 10 came out and was the best Madden experience to date with more realistic gameplay than ever. Another good deal was the release of Trials HD on XBLA.  For 1200 Microsoft points, TRIALS HD isn’t a bad buy, 800 would feel a bit better though. I’d suggest trying out the demo before going in full throttle to decide for yourself. If that was not enough, Shadow Complex came out and proved itself to be a decent downloadable game. This wasn’t the ’side-scroll’ game you’ve seen in the past; this was revolutionary with a new and improved style.

At the end of August we had the release of Batman Arkham Asylum. It was hands down the best Batman game ever, and probably the best superhero game too! It’s one of the greatest stealth- action games we have played on the 360 yet. Do yourself a favour and pick it up if you haven’t already. September saw the release of two exclusive games for the 360. Gears of War 2 game of the year edition and Section 8. Section 8 was a pretty good take on dynamic mission structure and combat.  September also saw a plethora of multiplatform games such as Dirt 2, The Beatles, Mini Ninjas, NHL 2010, Marvel Ultimate Alliance, Shift and much more. Phew! September was damn hot. And we are not even done yet. Halo 3: ODST came out and did pretty well in sales and was generally applauded by many critics included us. Folks…let me say it again- it’s not an expansion pack. I would say the Firefight mode is alone worth 60 bucks. 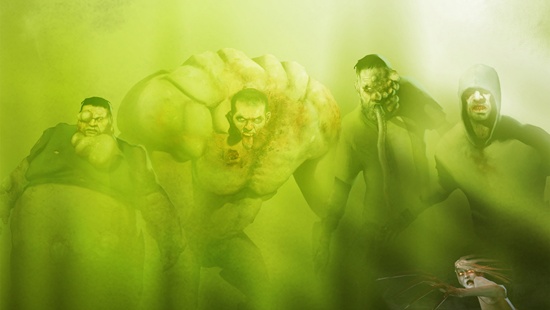 Welcome to the party folks.

October started off with a couple of neat basketball games from EA and 2k. Operation Flashpoint kick started the battle for the shooter genre. If you’re into a military based FPS’s that are more about tactical gameplay, this isn’t the worst game you’ll ever play. It may not be the greatest, but I enjoyed it and had a hard time putting it down. Next up was Brutal Legend. Brutal Legend came with a lot of promise. While it excelled at atmosphere it didn’t excel at anything else, making it a good game, but nothing memorable. One of the Wild Cards of 2009 was also released in October: Borderlands. In my opinion, it’s a better game than Fallout 3 just for the fact that it has so many cool weapons and the variety of enemies it presents to the player is incredible. October ended with another great FIFA game and WWE: Smack Down versus Raw: 2010.

October 27th saw the release of Forza 3. Forza Motorsport 3 offered a mind blowing package overall which sure raises the bar high for racing genre. Simulation fan or not, this game is a must for each and every racer. Another exclusive DLC for the Xbox 360 was The Ballad of Gay Tony, which is well worth your 1600 Microsoft Points ($19.99). Those tired of the L&D or the original GTA IV story will find a thrilling new experience but those looking for tons of new content will feel disappointed, although far from ripped off. October finally rounded off with releases of Tekken 6 and DJ Hero. November saw some huge releases on the Xbox 360. Games like Dragon Age Origins, Assassin’s Creed 2, Left 4 Dead 2 and the biggest release of all time: Modern Warfare 2. All these games did very well on the Xbox 360. The only thing missing in November was a major 360 exclusive. December also saw the release of the usual multiplatform games like Avatar, The Saboteur and MX vs. ATV Reflex.

Judging by the number of games that I have mentioned throughout this article, the 360 had a ton of them until November where it failed to provide a major exclusive. Overall I believe the 360 had a good year in 2009 and it was not bad as many outlets make it out to be. However, I will agree it was no way as close to what they had in 2008, but 2009 was not something that Microsoft should forget about. They had a lot of positives this year and next year they have some major releases like Alan Wake, Splinter Cell, Halo Reach and much more.