Posted By Rashid Sayed | On 31st, May. 2011 Under News | Follow This Author @GamingBoltTweet 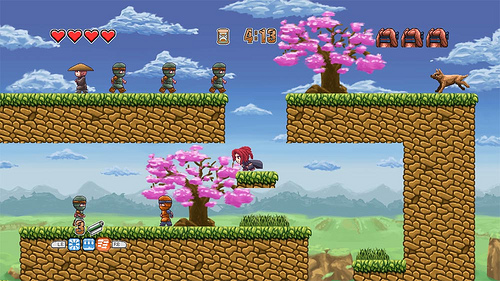 Haruneko have announced that their indie game is now available on Xbox Live.

The game is available for a super cheap 80 Microsoft points which amounts to just $1.

In Akane the Kunoichi, you are a Kunoichi ninja secretely loving her master Goro, a noble samurai. One day Goro is kidnapped by the evil Hiromi and her minions – you have to rescue him, but it won’t be an easy task! Many enemies will try to stop you, and you’ll have to be brave to fight against the evil ninjas and huge monsters loyal to Hiromi.