Xbox Live Games With Gold Is A Dramatic Disappointment In May 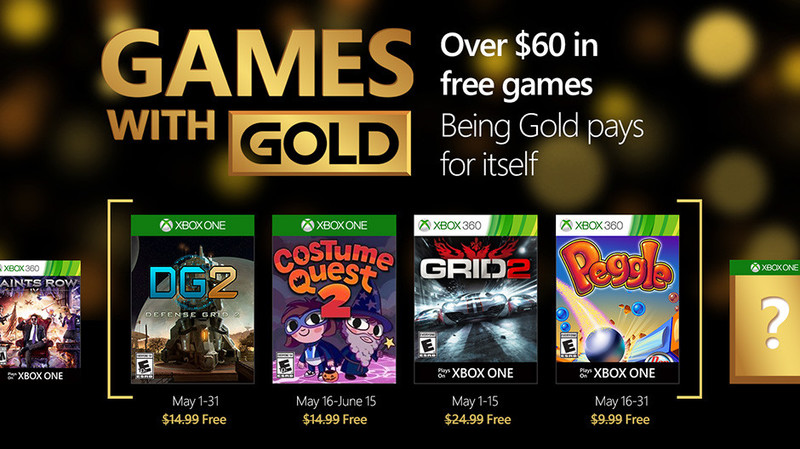 Last month’s Games With Gold was excellent, featuring probably the best showing yet for Microsoft’s service, when the company gave away Sunset Overdrive, which remains to this day one of the best games on the Xbox One, and arguably still its best exclusive, for free.

This month’s offerings, by contrast, are a decided step down. In May, it seems like Microsoft will be offering some rather poor titles to subscribers- the Xbox One offerings are headlined by Defense Grid 2 and Costume Quest 2, while the Xbox 360 fares a bit better with Grid 2 and Peggle.

As always, Xbox One players at least get to play the Xbox 360 games as well, but seriously- after last month’s great showing, this will probably cause a lot of people to be very, very pissed.

Sony, the ball is now in your court- it should not be too difficult to outdo Microsoft’s showing this month with whatever PS+ has planned. Then again, Sony have made it a habit to disappoint people beyond what was previously thought possible, so who knows, really.