Microsoft are running tests in an effort to improve Xbox Live and are giving you a chance to be a lab rat.  You can sign up to take part in the ‘Xbox Live Lab Tests’ which will leave you unable to participate in Xbox LIVE activities including gaming, watching movies or downloading music, while running Xbox LIVE Labs, oh yeah and your Internet connectivity might just slow down. All this for a few Avatar items including a lab coat, brain helmet, and crazy mad scientist hair. Sorry but that is not enough for me to basically put my Xbox 360 in a dormant state. 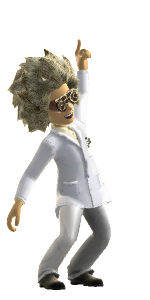 Xbox LIVE Labs is only available to residents of the United States and will run from March 10th though March 27th. There is a bunch of games coming out during that time span, including Homefront and Crysis 2. If you want to participate in it, sign into Xbox LIVE and head over to the community channel where you’ll see the Xbox LIVE Labs panel. Click on it to download the testing app and then load it up to get your avatar stuff while you cannot do anything on your Xbox but I hear you can stop it and go back.