Current-gen games can reach that standard on Xbox Series S. But what about intensive next-gen games?

After wave upon wave of leaks over the past months, Microsoft’s finally given up the game and made the Xbox Series S official. It’s interesting how long it actually took Redmond to formally open up about this new console, since the public’s been in the know about both it for several months now.

For better or worse, though, it’s out in the open now. The Xbox Series S is a thing. Microsoft claims that it’s set to deliver up to 120 Hz gaming experience at up to 1440p. And it’s set to cost a good bit less than the premium Xbox Series X. How much of the internals have changed to bring the Series S down to its new price point? And how much has stayed the same? Let’s take a look and find out.

Both the Xbox Series S and Xbox Series X have processors that are a true generational leap over the eighth-generation consoles. We’re talking about a doubling to the thread count, a doubling of clockspeed and a near 2x improvement to IPC. We’re talking about CPU prowess that’s anywhere between 3 to 4 times greater than the previous generation. During the eighth generation, CPU bottlenecking was a major issue, to the point that even the enhanced GPUs on the PlayStation 4 Pro and Xbox One X didn’t help all the time. Bloodborne is a case in point. Titles like Fallout 4 that were heavily CPU-bound saw near-linear scaling just on account of higher clock frequencies on the PlayStation 4 Pro and Xbox One X, relative to the base consoles.

Compared to this state of affairs, the performance difference between the Xbox Series S and Xbox Series X CPUs is negligible. We’ve personally tested a Zen 2 CPU (the Ryzen 9 3900X in this case) running at 3.8 GHz and at 4.2 GHz, a much larger differential. Even then, the performance delta in most games is almost unnoticeable. We’d chalk this up to Microsoft wanting to reduce thermal and power demands on the Series S, to allow for its smaller form factor. In terms of frame-pushing, there’s little the Xbox Series S’ CPU can’t do that the Xbox Series X’s CPU can. If we’re talking about 120 Hz gaming, for instance, this processor has more than adequate power on tap to deliver that experience, assuming GPU bottlenecks don’t get in the way.

Storage: more of the same

There’s not much to talk about in terms of the Xbox Series S’ storage and I/O capabilities. We’re looking at a PCIe Gen4 SSD with that delivers the same throughput as its Series X counterpart, with 2.4 GB/s of bandwidth uncompressed and up to 4.8 GB/s when factoring in memory compression. Storage capacity is cut in half to 512 GB. Since this is a digital-only console, this could introduce some challenges, especially with game size expected to balloon in the coming years. However, we don’t expect the Xbox Series S’ I/O capabilities to affect the gaming experience.

Microsoft promises 1440p/ 120 Hz gaming with the Xbox Series S. While the console’s CPU is certainly not going to be a bottleneck, we think the substantially toned-down GPU capabilities could impose hard limits on just what the Xbox Series S is capable of. We’re looking here at a 20CU RDNA 2 GPU that’s clocked at a fairly conservative 1.565 GHz. There are a number of takeaways from these specs.

For starters, Microsoft is pushing hard for power efficiency, lower thermals, and better power consumption. RDNA parts can run as high as 2.1 GHz if you push enough power through them, as we’ve seen in RX 5700 XT overclocking benchmarks. It’s simple to assume that RDNA2 can go that high as well, especially considering the fact that the Xbox Series X’s GPU is clocked at 1.8 GHz out of the box. Historically, AMD GPUs have delivered higher levels of performance with lower overclocking headroom because they’re pushed a bit past their power consumption/performance sweet spot. 2013’s R9 290X is perhaps the most infamous example: the Hawaii GPU was pushed, kicking and screaming, to the 1 GHz point with high voltages, extreme power consumption, and a blistering 95 degrees Celsius operating temperature. Dropping clocks just a bit (to get Hawaii back to the “sweet spot”) would allow users to cut power consumption and temps massively. We saw a similar situation with Polaris and Vega parts: cut clocks and drop performance by 5-10 percent in exchange for greatly improved power efficiency. 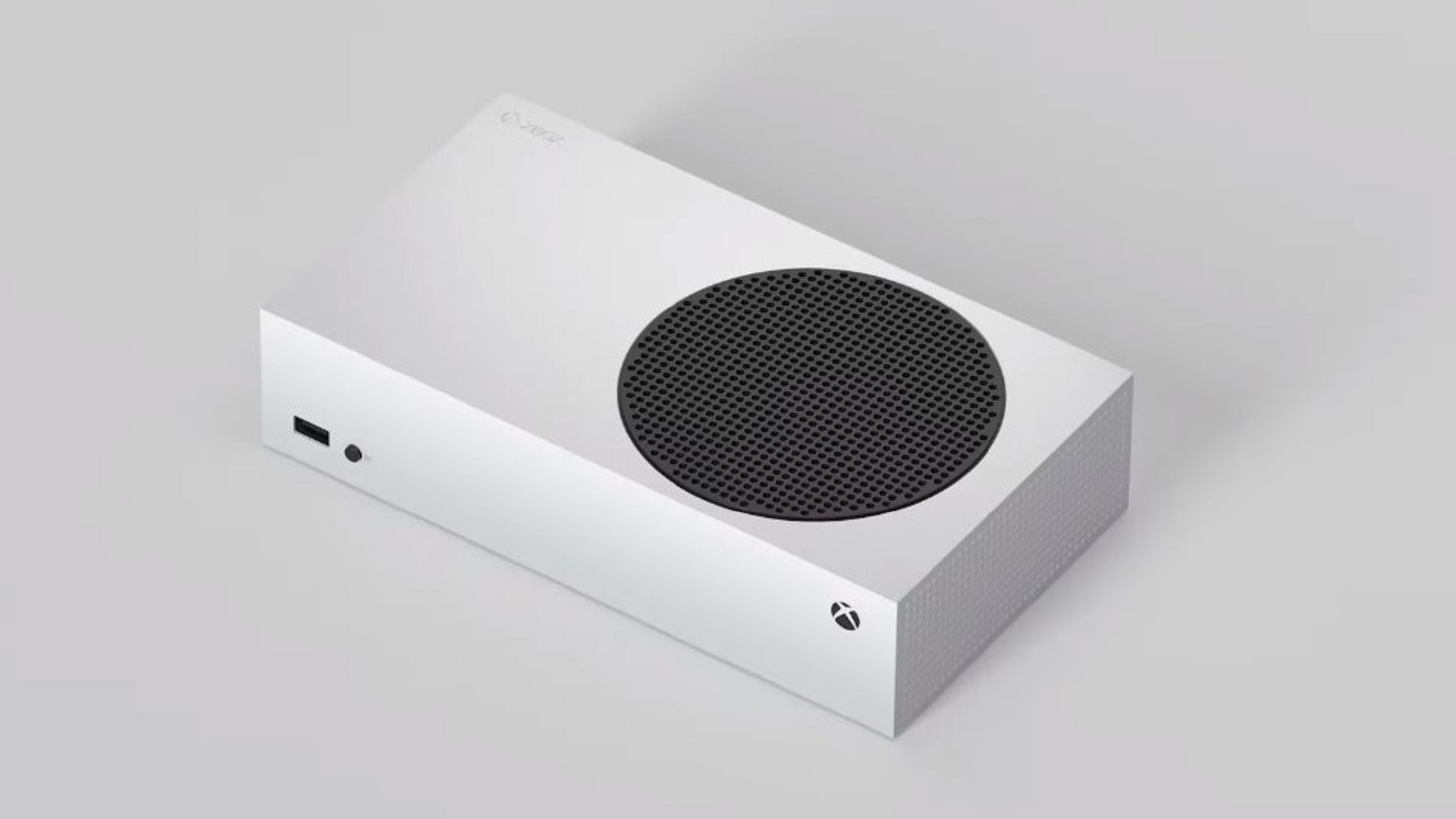 With the Xbox Series S, Microsoft needs to focus on efficiency since the small form factor leaves little margin for error in terms of power consumption and temps. The lower 1.565 GHz GPU clock is likely well within RDNA2’s sweet spot range in terms of voltage and power consumption. This means an efficient chip that doesn’t need an elaborate cooling setup.

But what about performance and capabilities? At 20 CUs, we’re looking at a less than half the shader count of the Xbox Series X, clocked lower. All in all, this translates to 4 TFLOPs of compute, relative to the Xbox Series X’s 12.15 TFLOPs. Because we’re looking at RDNA2 parts, compute capabilities don’t give us the full picture in terms of performance. Based on what we know about the RX 5700 XT, a 4 TFLOP RDNA2 part will likely deliver better performance in most workloads than the Xbox One X’s 6 TFLOP GPU.

In terms of memory bandwidth — key to performance scaling at higher resolutions like 1440p, we’re looking at further cutbacks. The Xbox Series X features 10GB of GDDR6 at 560 GB/s and a further 6 GB at 336 GB/s. In contrast, the Xbox Series S features 8GB of GDDR6 at 224 GB/s and 2GB at a paltry 56 GB/s. These are some of the slowest speeds ever seen with GDDR6 memory.

These two factors raise some serious questions about the Xbox Series S’ graphics capabilities. Microsoft states that it’s targeting 1440p/60 FPS with the Xbox Series S, with scope for 120 Hz experiences. Based on what we know about hardware in this performance tier, we find it hard to see the Series S delivering that kind of performance for next-gen games without cutbacks to visuals. Yes, we have seen Gears 5 running at 120fps, but it’s a current gen game after all. 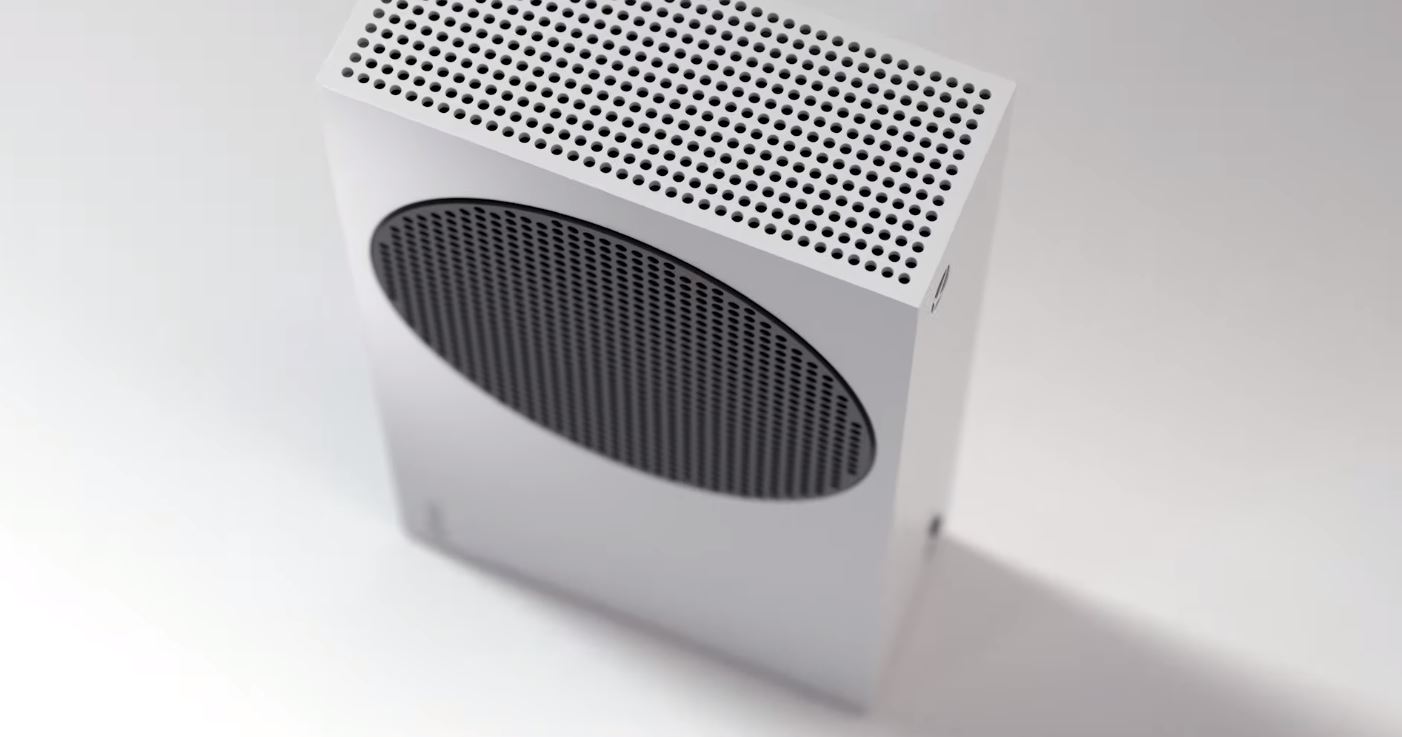 In the PC space, RDNA graphics cards like the RX 5500XT — which are actually faster than the Xbox Series S’ GPU — are targeted at 1080p/60 with medium to high settings in today’s games. Keep in mind that modern games are designed to scale all the way down to the Xbox One’s paltry 1.3 TFLOP GPU, and even run on the Nintendo Switch with cutbacks.

Keep in mind that both the Xbox One and PlayStation 4 were advertised as consoles capable of delivering 1080p/60 FPS experiences. While a handful of titles — indie games and some well-optimized first party games for the most part — actually hit those performance numbers, most games delivered 1080p/30 on the PlayStation 4 and 900p/30 on the Xbox One at the beginning on the console generation, and things just got worse from there. In 2020, many AAA cross-platform games on the Xbox One run with dynamic resolution scaling that goes as low as 720p, with performance that often dips below 30 FPS. Yes, in theory, there are a handful of 1080p/60 FPS games on the Xbox One. Are they the norm? Absolutely not.

Likewise, we see Microsoft’s 1440p/120 Hz claim as more of an aspirational target. We expect a handful of titles to deliver 1440p/60 FPS. And we wouldn’t be surprised to see indies hit 120 Hz: we’d happily play Dead Cells at 1440p/120 Hz on the Series S, for instance. When it comes to less-intensive AAA games, we expect to see performance/image quality scaling options, with a 1440p/60 FPS (or even 1440p/30 FPS) quality mode and a 1080p/60 or 1080p/120 Hz performance mode. However, in most titles, we expect to see 1080p/60 or 1080p/30 FPS as the standard on the Xbox Series S for next-gen games. This isn’t necessarily a bad thing: A native 1080p presentation without upscaling tricks looks fine. And the faster CPU and I/O should ensure that the Xbox Series S manages to deliver perfectly locked 30 or 60 FPS experiences, without dips below.

All in all, we’d take claims of the Xbox Series S being a 1440p/120 Hz price-performance champ with some salt. There’s just not enough GPU power in the box to deliver that performance level at that resolution for most games that will be built on next-gen tech. Sure, Microsoft’s first party studios and few other developers will reach that target but most third parties won’t. Even the Xbox Series X, with three times the GPU grunt, might have a tough time hitting 120 Hz at 1440p in intensive 9th gen titles. While those numbers are aspirational, we think Microsoft’s real target with the Xbox Series S is to deliver the first real 1080p/60fps gaming console. Both the Xbox One and PlayStation 4 promised this and largely failed. With greater GPU and CPU capabilities than either eighth-gen console, we think the Xbox Series S might just fit the bill.