Microsoft reveals various things about the hardware in technical dive.

As with any new generation of consoles, a lot is made about all the new technology we’ll see. Microsoft’s Xbox Series X is coming this November, and is sure to bring a lot of those new features and a new host of power for developers to tap into. Today, we got something of a look at some of this new tech and what it could mean.

Microsoft’s Jeff Andrews (Computer Architect) and Mark Grossman (Lead GPU Architect ) went on to talk at the Hot Chips conference. There, they talked about the Xbox Series X and provided slides to highlight their panel (thanks to Wccftech for compiling these below). A big part of it was ray tracing, one of the new features that’s expected to be on the new systems. Here they revealed the system can reach a peak of 380 Giga ray-box per second and 95 Giga ray-triangle per second, but these are custom units so it’s hard to make a direct comparison to anything else. It also notes that there could be a 3-10x acceleration when using ray tracing.

There are also details on machine learning that could see improved AI, resolution scaling and performance boast. Alongside of that is also more details on the system’s Variable Rate Shading (VRS) that will allow developers to alter visual fidelity in certain sections to boost performance, and breaks down comparisons between all versions of the Xbox One and the upcoming Series X in various performance issues.

It’s all quite the technical deep dive, and we have all the slides below for you to thump through. It certainly is an exciting time if you’re into the tech side of the new systems. 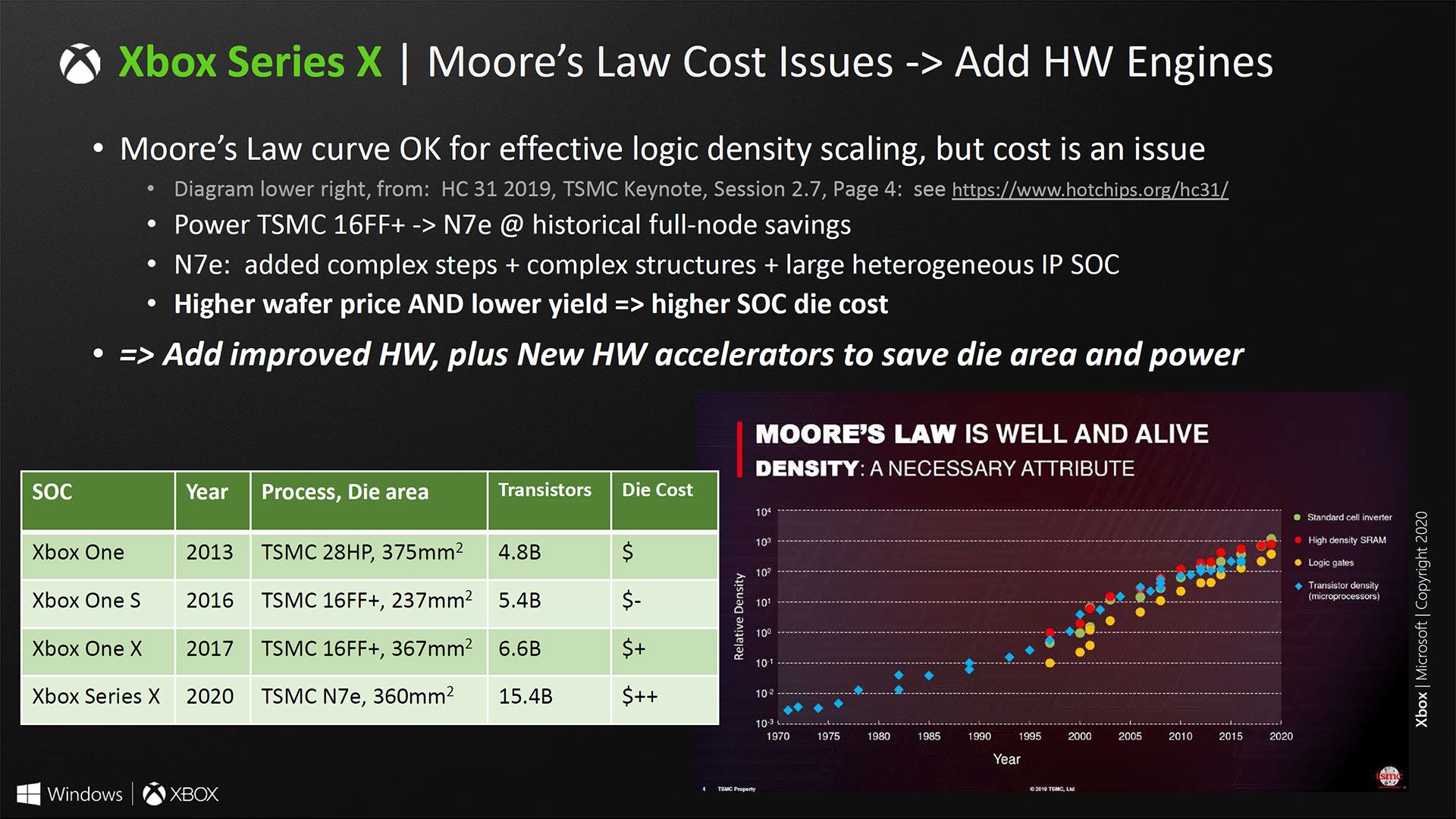 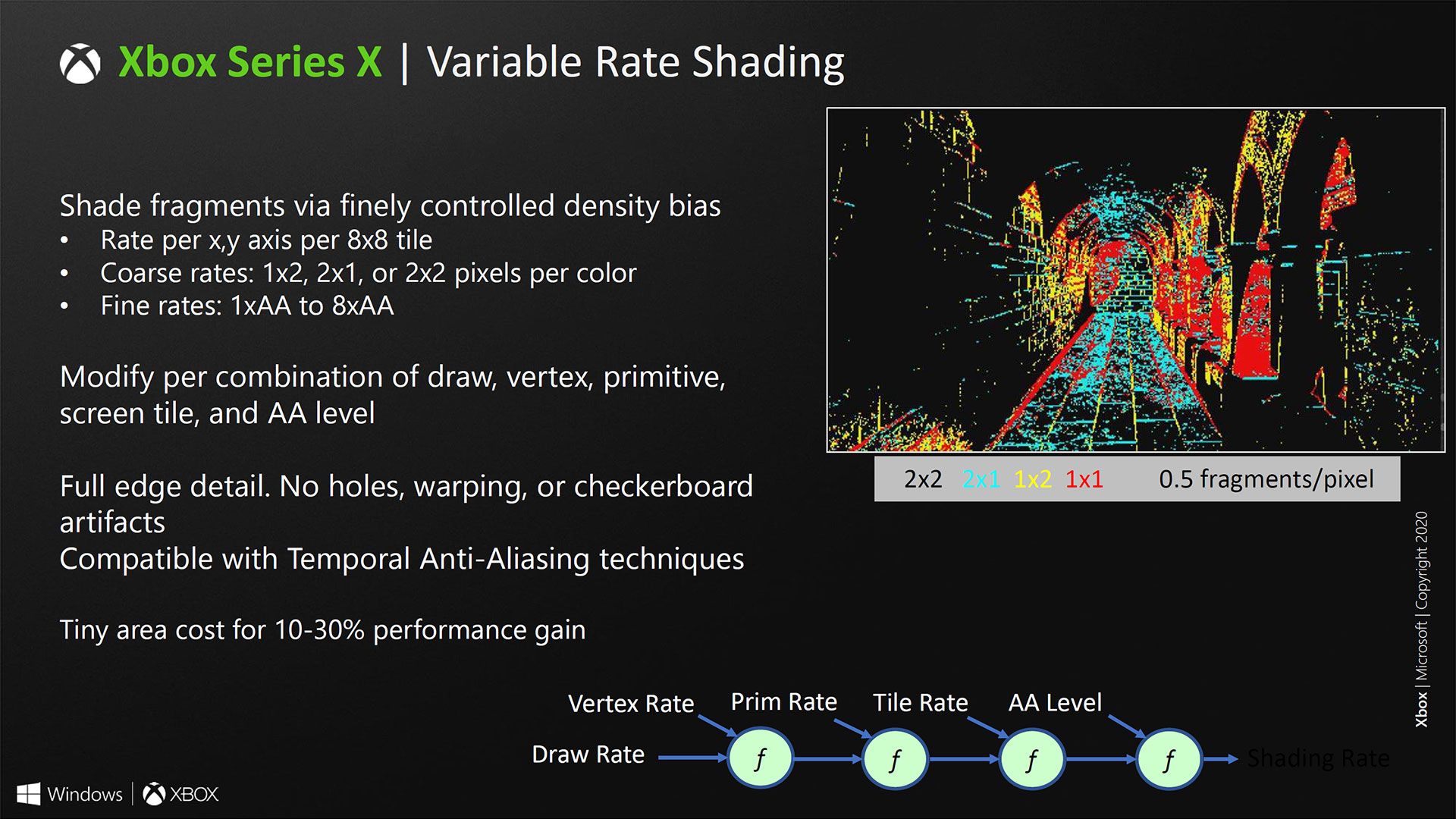 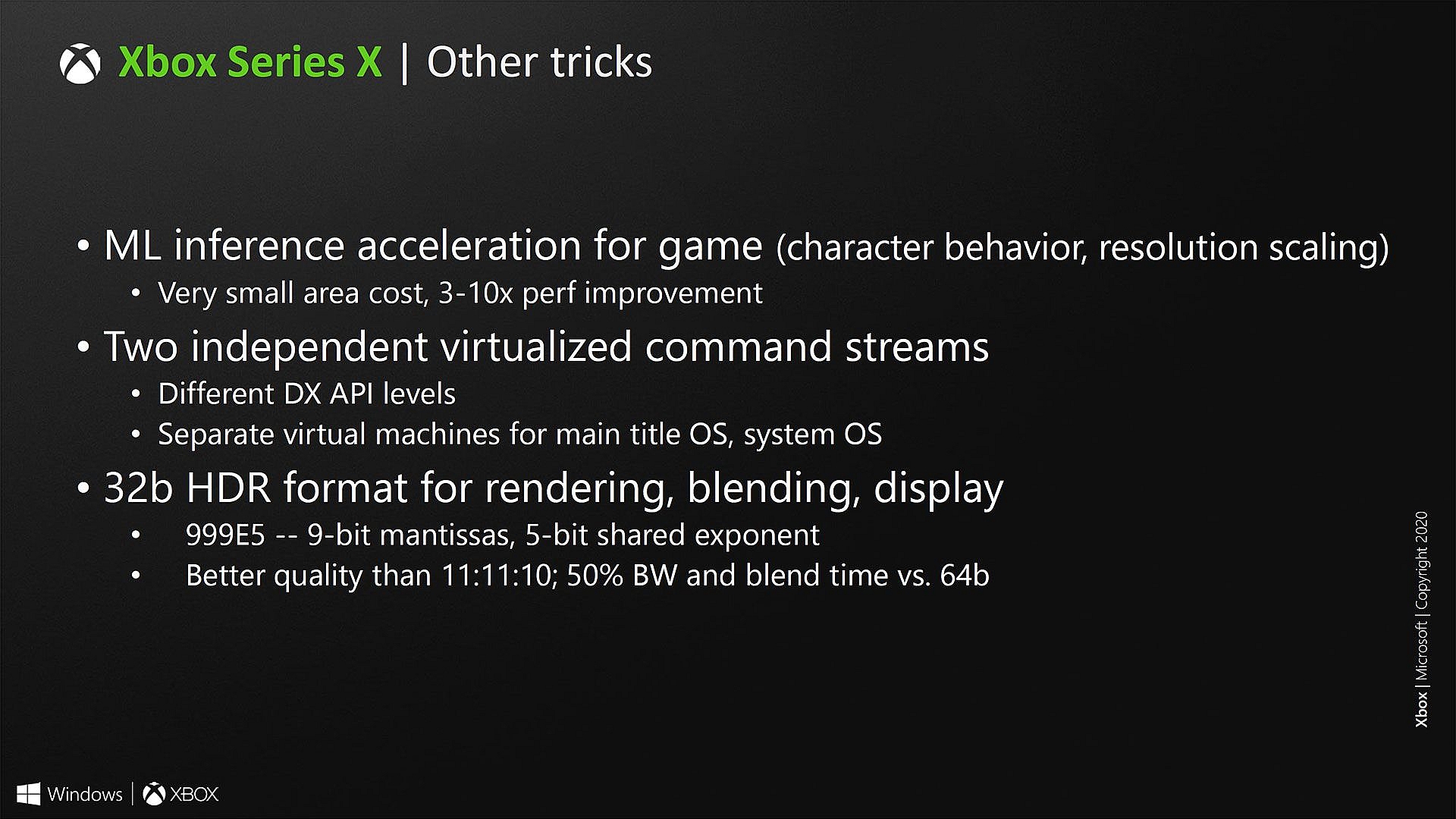 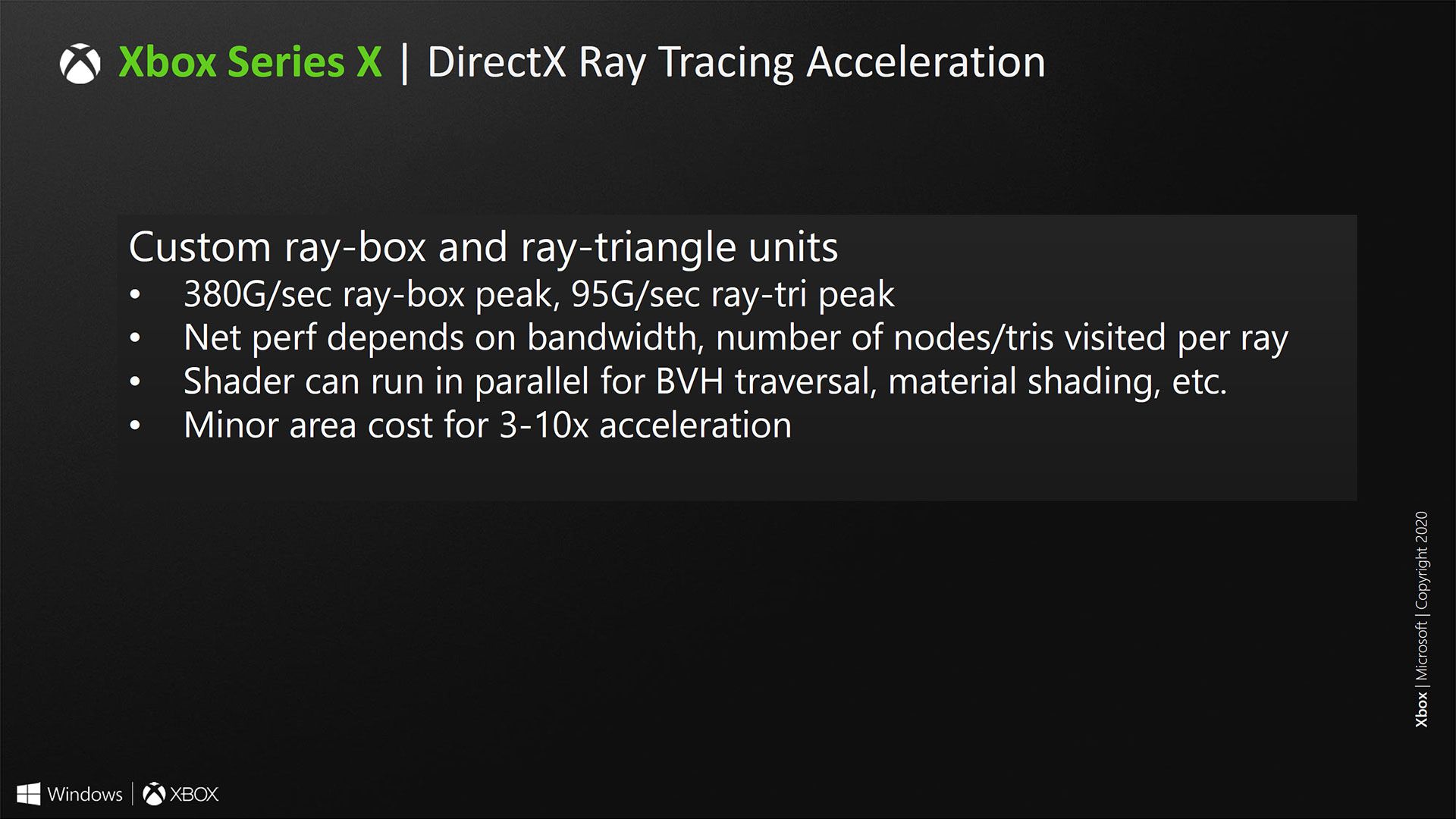