Engaging enemies is as obsessively compulsive as ever in Firaxis’s expansion.

XCOM: Enemy Within, as an expansion, fits the vibe of the original game. It’s unassuming, understated and nuanced but give it half a chance and it will suck your life away. As a standalone game on the Xbox 360 and PS3, the Enemy Within looks to expand the original experience along with significantly adding to it, making for a completely new way to play Enemy Unknown and just a compelling strategy experience overall. 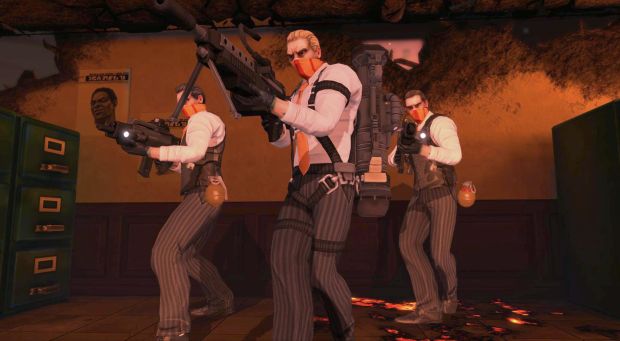 "Considering the deep research and weapon tiers already available, the addition of Meld upgrades brings an excellent new twist to the proceedings. Thankfully, Firaxis re-balanced the other skills equipment to account for these changes."

In Enemy Unknown, the campaign focused on the Aliens’ introduction and subsequent invasion. In Enemy Within, the war for humanity is still underway and it’s become more about making use of enemy resources to amp your troops up. Ethical and moral struggles arise, but hey, whatever kills the little buggers. Classified as Meld, these resources help add new abilities are unique yet integral to your normal skill tree.

You can equip soldiers with the ability to auto-detect foes, skin that makes invisible to enemy forces, regenerative health and much more. Meld will also grant soldiers the ability to perform super human feats such as leaping to rooftops and even upgrading to the new MEC class. Considering the deep research and weapon tiers already available, the addition of Meld upgrades brings an excellent new twist to the proceedings. Thankfully, Firaxis re-balanced the other skills equipment to account for these changes.

On the other hand, Meld isn’t a risk-free reward. You’ll need to gather it from canisters with self-destruct mechanisms in missions and that means forsaking cover and good logic just for the chance to upgrade. This encourages a more forward-thinking approach but you’ll need to significantly balance real-time tactics with long-term strategy. After all, how useful will Meld be if you permanently lose half your squad? 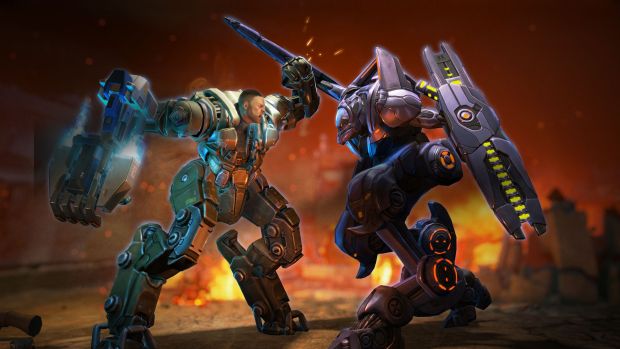 "This choice of balancing between brute force and careful strategy is tantamount to success, so you’ll need to work hard if you want a well-rounded squad."

But another wrench has been thrown into the works with the addition of the MEC class. A heavy unit with some serious fire power that’s armour plated like a tank, you can sacrifice a few of your squad mates in the early going to upgrade a few to MECs. They can’t take cover though and aren’t as nimble at avoiding attacks like regular soldiers. This choice of balancing between brute force and careful strategy is tantamount to success, so you’ll need to work hard if you want a well-rounded squad.

The Aliens – despite the presence of new units – aren’t the only threats you’ll have to worry about in Enemy Within. The Exalt is a human organization which packs much of the same equipment as XCOM and employs squad tactics to take you down. You’ll be facing the Exalt over some fairly interesting missions, including a Horde-like survival mission against waves of troops.

It’s a neat little twist and should challenge players, who are typically used to combating aliens, to test their skills on a squad of equals. The Aliens are still a significant threat, thanks to the addition of Seekers and Mechtoids, the former being a stealthy species that can pick off individual members of your squad undetected and the latter relying on heavy weaponry and shields to combat your firepower. 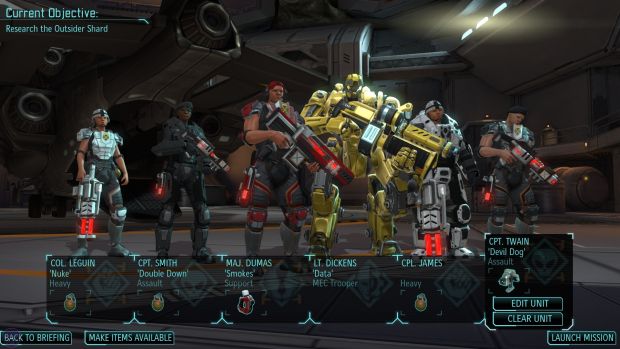 "If you had even the slightest bit of interest in the original game and want a familiar yet wholly involving and unique new take on the campaign that you loved before, Enemy Within comes highly recommended."

Many of the old issues with XCOM still remain, though they’re significantly improved this time around. Bugs have been eliminated for the most part, though you’ll encounter situations wherein you have a clear shot at enemies but they’re displayed as being in cover. You’re also a little restricted in terms of the different functions squad members can perform, since you need to rank them up to unlock their specialties.

It’s a somewhat trial-and-error method wherein you need to choose a squad member and just hope that he has a unique set of skills for later. Meld tends to remedy some of these shortcomings and give a finer degree of control but it’s more of an additional skill rather than a primary toolset in situations.

Otherwise, XCOM: Enemy Within is as addictive and involving as its predecessor. Once you begin a new game, you’ll encounter different takes on familiar layouts along, 47 new maps, new story missions and objectives. It’s still a battle to balance your fighting power with overall facility resources, one that tends to be daunting in the beginning, but which plateaus near the end-game.

Firaxis made the package even sweeter with Operation Progeny, which allows you to gain four psionic squad members but only if you successful defend your base against an enemy attack. If you had even the slightest bit of interest in the original game and want a familiar yet wholly involving and unique new take on the campaign that you loved before, Enemy Within comes highly recommended.

Still some glitches with line of sight. Difficulty doesn't scale much near the end.

XCOM: Enemy Within is one of the better expansions to arrive in a long time and is an example of how to successfully revamp an entire game for the better.

A copy of this game was provided by developer/publisher for review purposes. Click here to know more about our Reviews Policy.
Tagged With: 2k games, Firaxis, pc, ps3, xbox 360, XCOM: Enemy Within

2 thoughts on “XCOM: Enemy Within Review”