Get them before they are gone, then. 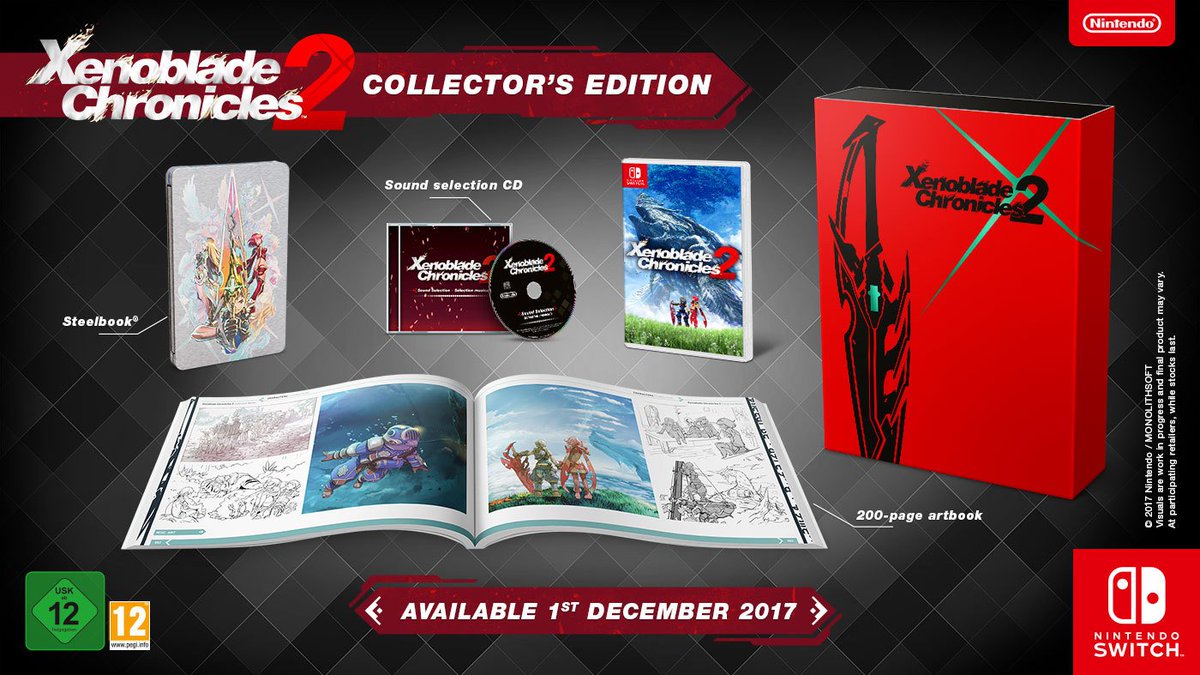 The final big game that the Switch will receive this year – and it will be a hell of a game to cap of what might be the best launch year a system has ever had – will be Monolith Soft’s Xenoblade Chronicles 2, their new ambitious RPG which will follow the more story focused route that made the Wii original game so beloved.

For the release of this upcoming RPG, Nintendo will be releasing a special Collector’s Edition, as well as a special branded Pro Controller- and both of these things are now available to pre-order on the official Nintendo UK Store. Nintendo products never quite get sold out with as much frenzy in the UK as they do in the US, so you are probably safe if you don’t order these right away- nonetheless, for a series as niche as Xenoblade, these are probably going to be limited items to begin with, so it might be better to get them sooner rather than later.

Xenoblade Chronicles 2 will launch exclusively on the Nintendo Switch on December 1 worldwide this year.