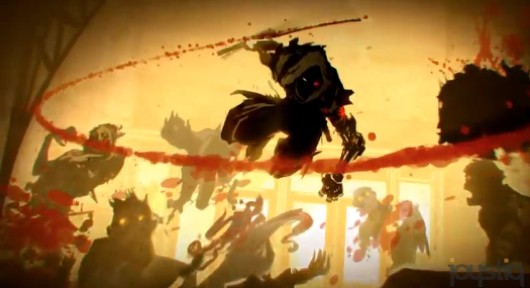 At TGS 2012, Keiji Inafune along with Team Ninja announced Yaiba: Ninja Gaiden Z, an offshoot of the Ninja Gaiden series that combines a cybernetically enhanced ninja smashing through hordes of the undead on the way to revenge. But how did the game come about?

Speaking to Siliconera, Team Ninja leader Yosuke Hayashi stated, “We started meeting with Spark Unlimited for Yaiba through Comcept. From a different route, they came up with a concept for a Ninja Gaiden game on their own and presented it to us.

There’s a specific kind of experience within Yaiba that feels opposed to the typical portrayal of zombies and ninjas. As Hayashi states, “Zombies are a creation of the West. We feel we can bring the authentic ninja-ness, and by teaming with Spark Unlimited, they can bring the authentic zombie-ness. When we come together we can make a really unique zombie experience.”