Yakuza 6 Wiki – Everything you need to know about the game

Everything you need to know about Yakuza 6

Yakuza 6 is an upcoming open world game that will be available exclusively on the PS4. The game is a continuation of the long running Yakuza game series. It was announced alongside the news that Sega would be making this game as well as an HD remake of the original Yakuza game for the PS4. While the game does not have an official release date, Sega has said it will be released in the third or fourth quarter of 2016. That could actually mean it won’t be coming until the early part of 2017. Despite that possibility, the company has said it is targeting fall of 2016 as the official release window.

The announcement comes right around the 10 year anniversary for the original Yakuza title which first hit store shelves in 2005, which explains the purpose of the remake for the original game.

Yakuza 6 was officially announced at the Tokyo Game Show 2015 during the Sony conference, exclusively for the PlayStation 4 and with a release date of “Autumn 2016”. Toshihiro Nagoshi of Sega confirmed that more details would be revealed during the rest of the year. A traditional Chinese localisation has been announced for the Asia region. One of the biggest details that were released later in the event is that the famous Japanese actor Beat Takeshi has been announced as a character within the game. The release date for the Yakuza 6 game is not yet known, but Sega did say the remake for the original Yakuza game is going to be coming on January 21, 2016.

The appearance of a new Yakuza was teased in early September 2015, when the website for the series-known as Ryu Ga Gotoku in Japan-pointed towards something happening on the September 15, 2015. Toshiro Nagoshi also said earlier this year that he was planning to make an announcement at TGS 2015. Nagoshi actually gave on interview where he teased how excited he was about the Tokyo Game show saying “We’ll announce [a new game] at Tokyo Game Show, and it’ll be a good one. And I believe that Sega’s live showing at Tokyo Game Show will be the most exciting one we’ve seen in a while.” That “something” did indeed turn out to be the announcement of this new Yakuza game.

The game was announced thanks to a very short video showing a new character. The short video features actor Takeshi Kitano, better known as Beat Takeshi, who will be a central figure in the PlayStation 4-exclusive sequel. 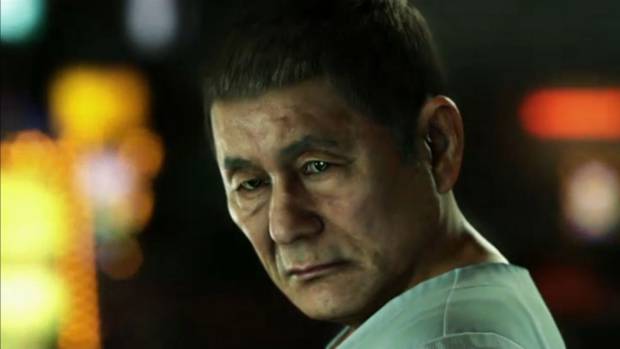 There isn’t a great deal known about the story behind Yakuza 6. There are a couple of things we can take from earlier versions in the series, which follows Kazuma Kiryu’s rise through the ranks of the Yakuza and his ongoing conflicts with rival factions of the crime family. Because this is an open world game, players generally get to choose what kinds of missions they are able to take on in order to pursue that rise. In previous games, there have been plenty of battles but there is also a narrative that drives the game and allows players to get a better feel for Kazuma Kiryu. Romantic entanglements have also played a part in previous iterations.

Previous iterations in the Yakuza series have actually featured a number of different story lines. Some of the other games have had varying numbers of these storylines. Yakuza 5 actually had five storylines that players were supposed follow along with. There isn’t a specific announcement as to how many different narratives players might be able in Yakuza 6. In the video teasing the new game, Beat Takeshi very briefly talks with his back to the camera and says that it’s good to see the main character again. He also calls the apparent protagonist “brother.” It’s not known whether or not the main character is actually the brother of Beat or whether this is supposed to be a kind of code word for brother like “brother in arms.” This could mean he’s a member or even leader of one of the gangs that take center stage in the game. 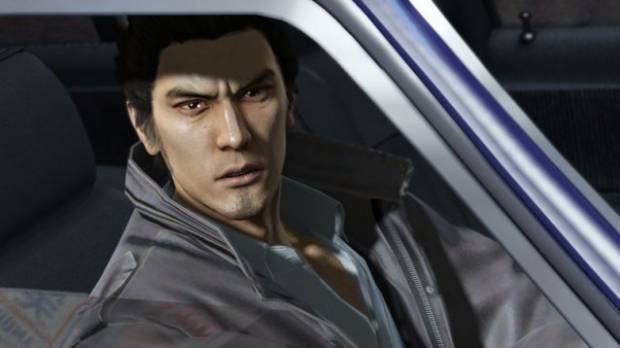 Yakuza 6 has not had any details laid out for it’s gameplay. We can assume the newest iteration in the long running series will feature some of the same aspects as other its predecessors. When looking at Yakuza 5, the game places a heavy emphasis on its narrative, though that narrative is wrapped in an open-world experience that delivers action through hand-to-hand combat. Shooting and driving cars also plays a part, but martial arts and hand to hand tend to make up a much larger part of the game than other open world titles that draws comparisons like Grand Theft Auto 5. 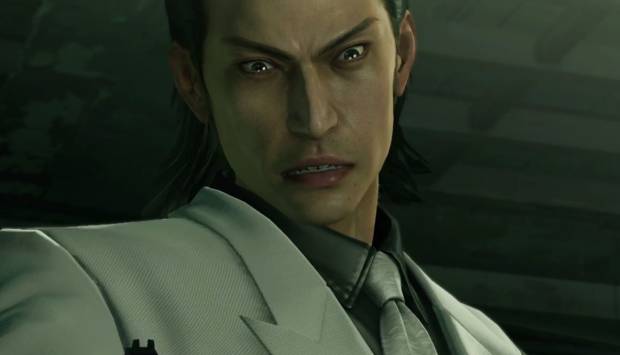 The reveal trailer does show us that at least one of the characters will be voiced and bear a likeness to Japanese great Beat Takashi. Takashi has appeared in a number of films in his career that evoke the Yakuza so he has quite a bit of experience in this regard. We can assume the main character that has been in the other games in the series Kazuma Kiryu will again be front and centre though there hasn’t been official confirmation of that development. There also isn’t any information on just what Beat’s character will be in the game. There will likely be other characters that have had recurring roles in the series making an appearance in Yakuza 6 but they have not been confirmed or announced.