While Yakuza has now moved on from its action brawler roots, and concluded the story of longtime series protagonist Kiryu, there are many who have yet to play through the bulk of the games that comprised the franchise back before Yakuza 0 finally managed to gain it a modicum of popularity outside of Japan. While Kiryu’s original adventures were modernized and remade in the form of full fledged remakes Yakuza Kiwami and Kiwami 2, Yakuza 3, 4, and 5 did not necessarily get that treatment, with Sega and developers RGG Studio reasoning that those games themselves were reasonably modern enough to be enjoyed by new and returning players alike with relatively fewer facelifts and updates.

Thus, Yakuza 3, 4, and 5 were remastered and launched for the PS4 last year; and now, to complete Kiryu’s story for the new audience the franchise found on platforms beyond PC, those games have also launched on Xbox and PC, finally allowing players on those systems to experience almost the entirety of the Yakuza saga on their platform of choice.

The Xbox and PC versions are pretty much the same deal as the PS4 remasters that were launched almost twelve months ago. All three games have been given minor facelifts, localization has been redone to remove some problematic or objectionable content, cut content has been restored, but all of that aside, these games are pretty much left untouched. There aren’t any new content or narrative changes or introductions like in the Kiwami games, and even in spite of graphical facelifts, these games look like a fair step back from Yakuza 7 or Kiwami 2 – because, obviously, they are. 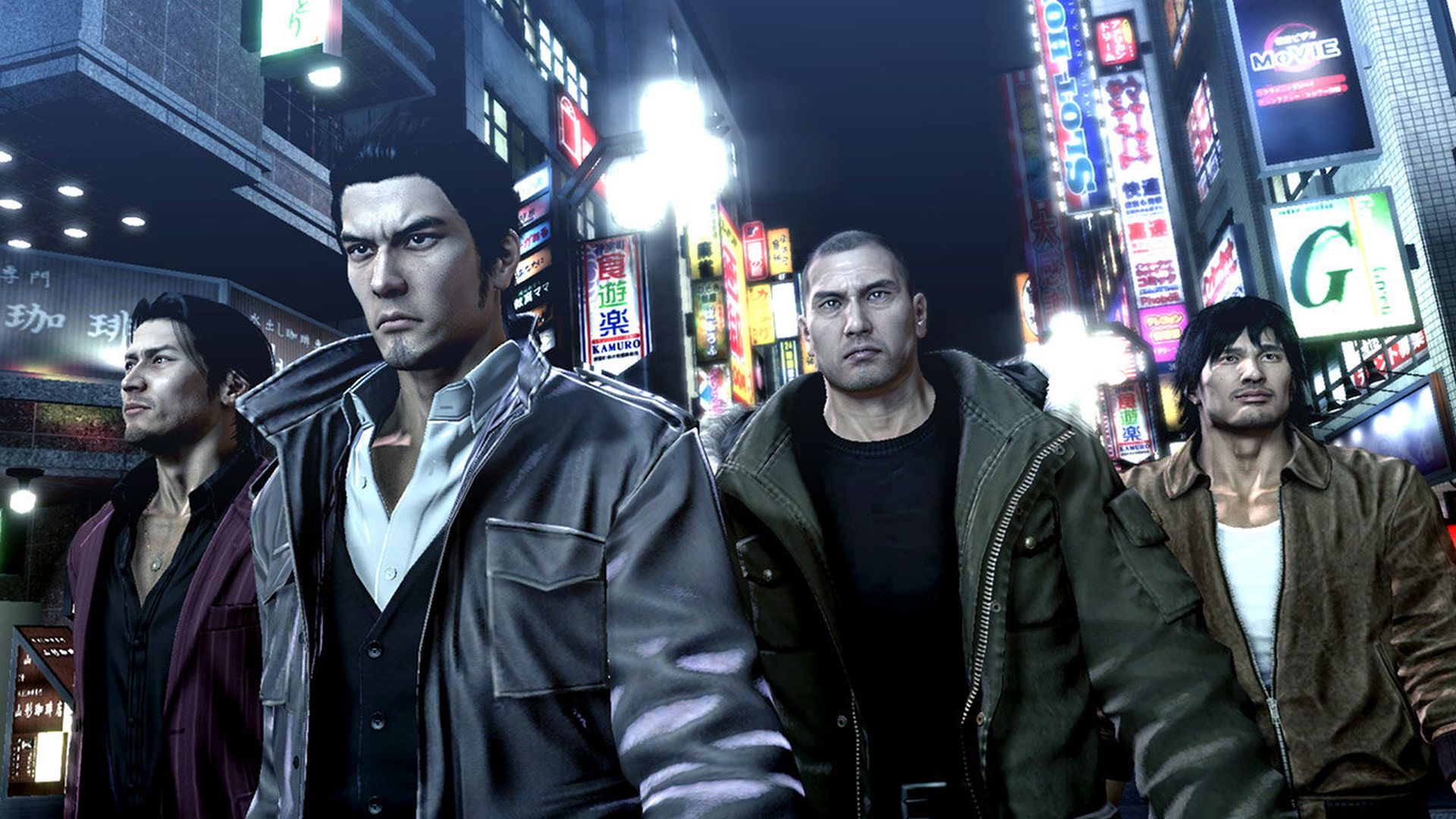 "Thanks to the series’ rather simple but clean art style, as well as the fact that most Yakuza games are decidedly mid-budget affairs, if that, these three games, after their remastering, don’t look too far off from something like Yakuza 0."

Thanks to the series’ rather simple but clean art style, as well as the fact that most Yakuza games are decidedly mid-budget affairs, if that, these three games, after their remastering, don’t look too far off from something like Yakuza 0. Yakuza 3, which is the oldest of the package, is the one that stands out the most, largely because of how relatively empty its environments look, how stiff the animations are, and how straight and angular its architecture can be. Yakuza 4 looks like a significant step up over 3, and by the time we hit Yakuza 5, you could mistake it for Yakuza 0 running at lower graphical settings, at least at a glance. Graphically, these games won’t take too long to adjust to if you’re coming to them for the first time after having played the modern titles.

However, ultimately, Yakuza fans rarely play these games for their production values. Yakuza’s fandom has always come down to the games’ fantastic characters, soap opera style over the top crime drama stories, great locations that cater to a unique form of virtual tourism for fans of Japanese culture, their heartwarming sidequests and addictive minigames, and, until Yakuza 7, their unique brawler meets action RPG style gameplay.

All of that’s available here, delivering unto fans exactly what they want, with Yakuza 5, especially, representing the zenith of the formula with five distinct playable protagonists, each with their own moveset and playstyle, and five locations within it. Its story, though suffering somewhat from having to justify the contrivances necessary to get Kiryu involved in the Japanese criminal underworld again, is pretty damn fun to follow, and it has arguably the most distinct and impressive production values in the series to date, with a very unique and downplayed cinematography and storytelling style that still manages to hold true to the over the top spirit of the franchise.

"Yakuza 4, naturally, occupies the middle space. It’s not quite as modern or fluid feeling as Yakuza 5, but it’s a significant improvement over Yakuza 3, and feels closer to the former than the latter in all honesty."

Yakuza 5, which is also running on the same engine as Yakuza 0 and Kiwami, also feels the most satisfying to play, with the combat packing a visceral punch and the animations fluid and brutal.

Yakuza 3 lies on the other end of the spectrum. In terms of narrative setup, while it occupies an important niche in the series’ history, actually playing it can be an exercise in frustration. Even back when it first launched, Yakuza 3 felt a bit behind the times, and today, especially, its extremely stiff combat and awkward controls lead to extremely jerky and unsatisfying combat, which, coupled with the distinctly low budget animations for things such as the Heat finisher moves, deflates the whole experience significantly. Yakuza fans will probably still enjoy Yakuza 3, and want to see it through to the end, especially since it’s a leaner experience than most other games in the series, and its narrative significance – but honestly, this is the one game in the package that would have been better off getting the Kiwami treatment.

Yakuza 4, naturally, occupies the middle space. It’s not quite as modern or fluid feeling as Yakuza 5, but it’s a significant improvement over Yakuza 3, and feels closer to the former than the latter in all honesty. Combat, while still not quite matching the standards of 5, still manages to flesh out four distinct characters, all of which play differently, and controls are a mercifully needed upgrade over 3 as well.

Unlike Yakuza 3, the environments here also feel far more organic and densely populated, which goes a long way in selling what is arguably the series’ strongest selling point, which is its sense of place and virtual tourism. 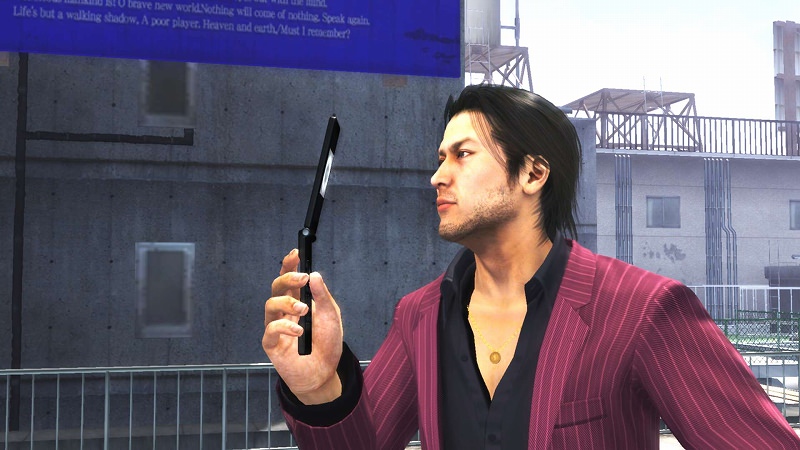 "While for completion’s sake, dedicated fans will probably want to play through the entire series, if you are not quite sure you have the patience to go through three fairly long and similar games, Yakuza 5 is the one you should focus on."

While for completion’s sake, dedicated fans will probably want to play through the entire series, if you are not quite sure you have the patience to go through three fairly long and similar games, Yakuza 5 is the one you should focus on. It has the best story, the best combat, a frankly ridiculous amount of content, and it also feels modern enough to lack a lot of the jank that is otherwise endemic to the older games in the franchise.

The good news is that the three games are also available individually – so if you only want to play, say, Yakuza 4, and not the other two, you’re not locked into having to spend money on two other games you’re not interested in playing as well. While Sega has made many questionable decisions in its handling of the Yakuza franchise in the west, this at least is a pretty smart decision, which makes any of these three games far easier to recommend than they would have been otherwise.

In the end, if you have never played Yakuza, and want to start out, I would recommend none of these three games as your first one – Yakuza 0 or Like A Dragon are much better entry points (and much better games overall, in general). However, for fans who have been waiting to see all of Kiryu Kazuma’s story, Yakuza 3, 4, and 5 Remastered do a fine enough job of making these long overlooked installments accessible and available to a wider, modern audience.

Cut content restored; cleaned up localization; three long and content packed games, with 4 and 5 especially holding up pretty well; each game is available for individual purchase

Final Verdict:
GREAT
While none of these games should be anyone's entry into the franchise, Yakuza 3, 4, and 5 Remastered are updated enough to not feel too out of place for those who are eager to see Kiryu Kazuma's story through to the end.
A copy of this game was provided by Developer/Publisher/Distributor/PR Agency for review purposes. Click here to know more about our Reviews Policy.