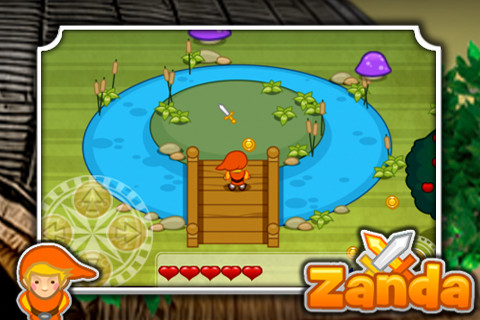 Nintendo are unlikely to port Zelda, or any of their other franchises, to iOS any time soon and Top Best Adult entertainment have recognised this and responded with Zanda: Linked Swords, a game where you”expore [sic] the forests collecting coins, killing monsters and talking to locals.” Could this be described as a blatant rip off? A fellow named Squarezero from the touch arcade forums goes as far as saying “We’re not saying that this is a bad game; we’re saying that it is no game at all, just assets from a GameSalad template. Anybody who posts here to say otherwise is a shill.”  This game does raise the question again about Apple’s quality control regarding app store uploads.

Thanks to GameSetWatch for the info.