If there’s one thing I have the Nintendo DS to thank for, its getting me so interested in visual novel style storytelling in games. The Phoenix Wright series always had me hooked as I powered my way through dialogue sequence after dialogue sequence. It all eventually culminated in a dramatized court battle and feeling the satisfaction of shoving evidence items while yelling “Objection!”, until I got the right response…with a walkthrough to help every now and then.

Chunsoft’s 999: Nine Hours, Nine Persons, Nine Doors for the Nintendo DS was no different. Despite the change in style, theme and approach to conveying its story, its tension-filled situations and memorable character encounters that made full use of the DS hardware managed to engage me. It’s been 9 years since 999 released in Japan and we recently had the third entry of the now named “Zero Escape” series upon us. Zero Time Dilemma was released last Summer for the 3DS, Playstation Vita and, for the time ever in the series, digitally on the PC. 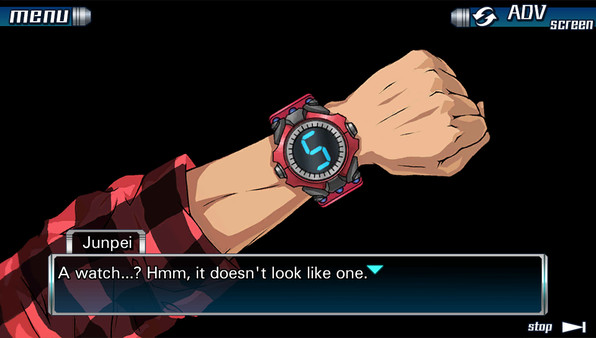 "To those completely new to the series, 999: Nine Hours, Nine Persons, Nine Doors is the place that you will absolutely need to start first."

With an ever-growing audience, it was only a matter of time before Spike Chunsoft decided to finally make the entire series available to both PC owners and console players via the PS4. Also, for the first time, the original 999 (and thankfully not the iOS version that lacked pretty much all the puzzles the series is rightfully known for) is finally available on the Vita alongside PC and PS4. In fact, it’s this entry in Zero Escape: The Nonary Games that’s gotten the most amount of new features added.

To those completely new to the series, 999: Nine Hours, Nine Persons, Nine Doors is the place that you will absolutely need to start first. As the series’ trademark, you play as a protagonist who’s woken up in a mysterious place and doesn’t clearly remember how he got there. A capture orchestrated by the ever-watching Zero, a mysterious gas-mask wearing figure that’s abducted eight other people, the player is forced to play a series of puzzles to advance to the next set of rooms. The ultimate goal is to get out alive.

Without going into too many specifics about either game’s plot, the first two Zero Escape games do an excellent job presenting you with a situation, walking you through the process of logic-based puzzles (which will surely entice Professor Layton fans) and giving you multiple paths to embark on. Which room and character you decide to partner with is completely upto you, as the games provide enough unique variety thanks to the setting and diversive cast that aren’t your typical anime-fueled archetypes. 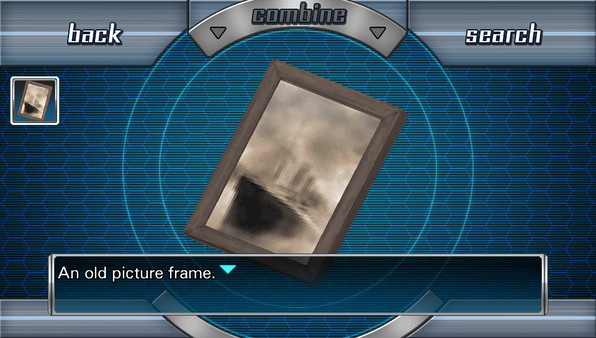 "One of the other newly added features to 999 is the addition of voice acting to every major character, available in both English and Japanese. This is in contrast to Virtue’s Last Reward, which also had voice acting but not for the protagonist."

The characters are ultimately what make the journey so captivating and replayable. You’ll never quite know the full story unless you run into a “bad” ending. Of course, you can then go back to specific plot points using the flowchart system (which is one of the newly added features in 999) and have a different outcome play out. Because there isn’t much in terms of traditional exploration in either game, you’re mostly confined to story sequences and challenge rooms. It’s fairly straightforward but still provides enough incentive to explore different routes.

One of the other newly added features to 999 is the addition of voice acting to every major character, available in both English and Japanese. This is in contrast to Virtue’s Last Reward, which also had voice acting but not for the protagonist. It’s a bit jarring, especially for those who had already played 999 on the DS but perhaps more jarring are some of the performances. They’re definitely not bad, but I felt there was a certain level of nuance that you could feel when compared to the delivery in Virtue’s Last Reward. Personally, I feel 999 comes off as a more grounded story (which is no knock against VLR) but some of the actor’s performances don’t quite reflect that tone. Your mileage will definitely vary.

Another change to the first game are the cleaned up assets for characters and backgrounds. While I will always adore game artist veteran Kinu Nishimura’s character designs here, I can’t help but feel some details didn’t benefit from the overall high definition upgrade. Art used in particular scenes look more like rough sketches, but for the most part, the characters still animate nicely. 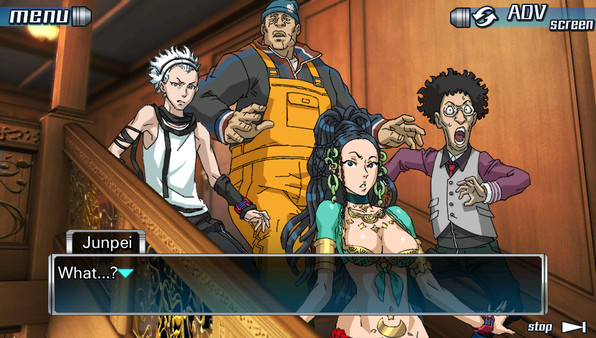 "Virtue’s Last Reward doesn’t see nearly as many additions compared to its older brother, but then again, most of those features were already present since its original release on 3DS/Vita."

Perhaps more criminal are some of the maps you collect in 999, as they look downright hideous now. That, and a lot of the backgrounds just don’t mesh well with the character art, brandishing more of a pre-rendered PlayStation 1 CG era look. When compared to VLR, 999 may not have aged as well but it will forever carry the charm in its use of character sprites. VLR’s use of 3D models hasn’t exactly aged much better, but they’re still clean and expressive on larger displays.

Thanks to the advent of digital distribution, there’s no short supply of good visual novel games to choose from. Zero Escape: The Nonary Games still comes highly recommended if you’re relatively new to the series. Those looking to only purchase 999 separately will be out of luck but the kind of quality of life improvements added makes it worth playing again. That being said, some of the charm that you could only get from playing on its original platform is certainly lost.

Virtue’s Last Reward doesn’t see nearly as many additions compared to its older brother, but then again, most of those features were already present since its original release on 3DS/Vita. At the end of the day, Zero Escape: The Nonary Games presents two compelling mysteries with devious puzzles and branching paths that will keep you guessing till the end and loving it.

Two fantastic visual novels in a single package. Newly added features in 999, like voice-acting and the flowchart. Great characters and an emotional story that will keep you hooked for multiple sessions.

New voice acting can be a mixed bag at times. 999 isn’t available as a standalone purchase. Virtue's Last Reward is largely the same. Some of the visuals from 999 still look dated, and lose a bit of charm from the transition.

Final Verdict:
GREAT
If you’ve already played it, there’s not a whole lot of incentive to dive back in, especially you’ve already experienced all its 20 plus endings. But if you haven't, Zero Escape: The Nonary Games is a great way to jump into the series.
A copy of this game was provided by Developer/Publisher/Distributor/PR Agency for review purposes. Click here to know more about our Reviews Policy.