Yeah, so were we. 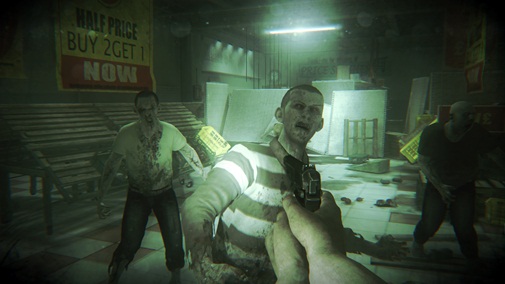 ZombiU producer for Ubisoft, Guillaume Brunier says that he was disappointed with the early reviews the Wii U launch title got from some critics, but has also said that those reviews are in the minority and that the general reception has been positive.

“We were really disappointed with the early US reviews,” Brunier told Nintendo Life. “We are aware of the strengths and weaknesses of the experience we created but we did not expect so harsh a feedback. However as more and more journalists and gamers played the game, these opinions proved to be a minority. So right now we’re rather pleased with the overall reception of the game.”

He also said that the development team “never hid ourselves”, and that they were always clear about what kind of experience the game would be, so the critics and the players did not have any reason to be frustrated about how the survival horror aspects of ZombiU take precedence over action.

We were pretty happy with ZombiU when we played it. You can read our review here.