10 Craziest Mods That Are Not Used For Gaming

These unusual console mods will make you go crazy!

Gaming is often a creative endeavour indeed. Not content with just letting developers take all the credit, the mod scene is bustling with huge amounts of creative modifications to pre-existing hardware and software. Most of them merely enhance the already awesome purpose of said game/console, but some pioneers dared to go where no man has gone before. By taking games consoles and turning them into household objects with little gaming value whatsoever, these modders are either artistic visionaries or complete fools who are destroying otherwise decent hardware. Read on below and make the call! 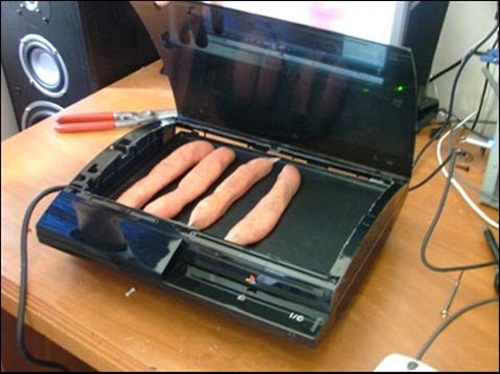 The most powerful console of this generation becomes the most impractical grill of all time!

So you’ve just forked out over £400 at launch for the next generation of Playstation gaming, only to find out that the launch titles aren’t great and you’ve spent a whole load of cash. What else would a sane consumer do in this situation other than turn their machine into a fully functioning grill? That is what I call making the best of a bad situation. Take that George Forman! 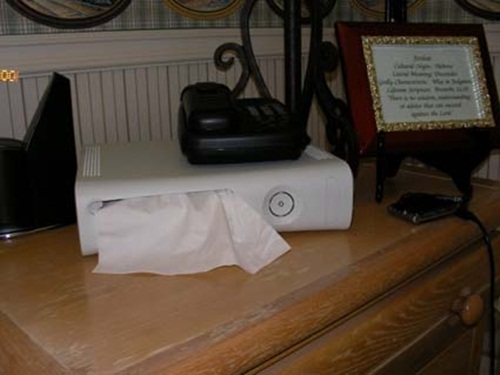 The question remains, how do you get the tissues in there in the first place?

Guys need tissues. Fact. Guys also love Xbox. Fact. Therefore it is safe to assume that the two go together like milk and cookies. Double Fact! It also functions as a handy alarm clock, though this is somewhat obscured in the picture. Still, as cool as this looks, I sure as hell hoped this 360 red ringed before it was cannibalised to hold these snot catchers. Otherwise, that’s just plain wasteful.

This has got to be one of the coolest looking things ever. As always, I’d hate to see a working Atari destroyed for such a purpose, but this would be a pretty cool thing to do with your 2600 if it ever burns out. Still, I wonder how much this things weighs? It might not be the most practical of lamps, but every self respecting gamer should be salivating over this right now.