Pokemon Scarlet/Violet are massive games. I mean even for Pokemon, a franchise known for inundating players with excess, these games go above and beyond. Featuring a massive open world map, populated with hundreds of Pokemon to encounter and catch, three separate main campaigns to follow (each with multiple chapters), a smattering of different biomes and maps, items to find and craft, and dozens of intermeshing systems and mechanics coming together to interact in all sorts of unexpected ways, it can honestly feel a but overwhelming just how much there is to do in these games – particularly since for a lot of this stuff, the game doesn’t properly explain it to you (or does so in optional, skippable content).

So! If you are starting out Pokemon Scarlet or Violet, here are a few handy tips to have on, uh, hand. Whether you’re a returning veteran of the series, a first timer, or a lapsed player coming back after a long break, these should help you get your bearings as you set out in the massive world of Paldea.

ATTACK POKEMON FROM BEHIND TO GAIN AN ADVANTAGE 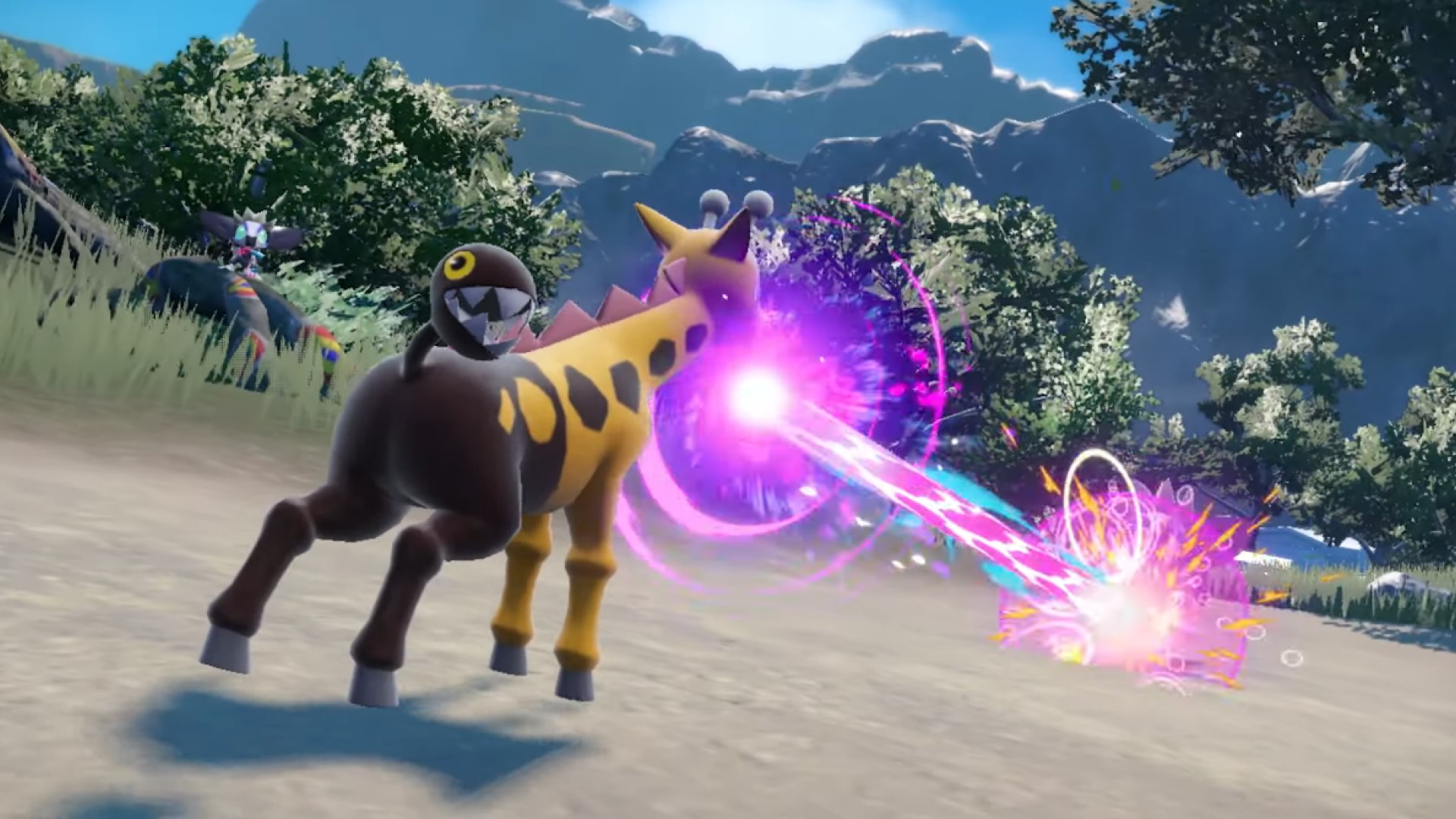 Much like in Pokemon Legends, you get to encounter Pokemon in real time in the wild in the world. And much like in Legends, you get some choices in how you want to approach them to initiate combat. Try your best to approach them from behind – when they have their backs turned to you, throw your Pokeball at em, and you gain an advantage in battle via an extra turn, while the attacked Pokemon spends some time trying to get its bearings.

MOVES ARE LEARNABLE AT ANY TIME VIA THE MENU

Pokemon Legends was full of inspired changes, arguably the most underrated one being how moves worked. Your Pokemon learned new moves naturally, and you selected four to have in your active “load out” at any time. Your Pokemon never “forgot” moves. You could always go back and switch in previously learned ones when you felt were necessary in the party menu. Guess what? It works the same way here. While you will get the prompt to learn a new move when your Pokemon reaches the appropriate level, you can always go into the menu to sub in old moves (or add new ones you may have passed up on) to the active load out. It’s much more convenient this way. You can even go into settings and turn off the move learnt prompt in the middle of battles so that it works entirely like Arceus. Much recommended!

CHECK YOUR POKEDEX. A LOT.

The entire point of Pokemon is to, well, catch Pokemon and register them to your Pokédex. The Pokedex pops up every time you catch a Pokemon with some nifty new animations, but those aren’t just there for show, they’re there to prompt you to actually open your Pokedex. Why would you do this, you ask? Because there are rewards and loot the Pokedex gives you if you complete certain thresholds and objectives, which can range from common but useful items to some truly rare stuff. Check the Pokedex often!

You’re a student in Pokemon Scarlet and Violet, and while you usually play Pokemon to get away from school (or all reminders of real life), ignoring so in Scarlet and Violet isn’t recommended. The classes are quick and easy, and completing them can unlock exams and tests that will net you some EXP and items. It’s never a bad idea to drop by the school after completing a main objective.

IT IS OKAY TO RETREAT 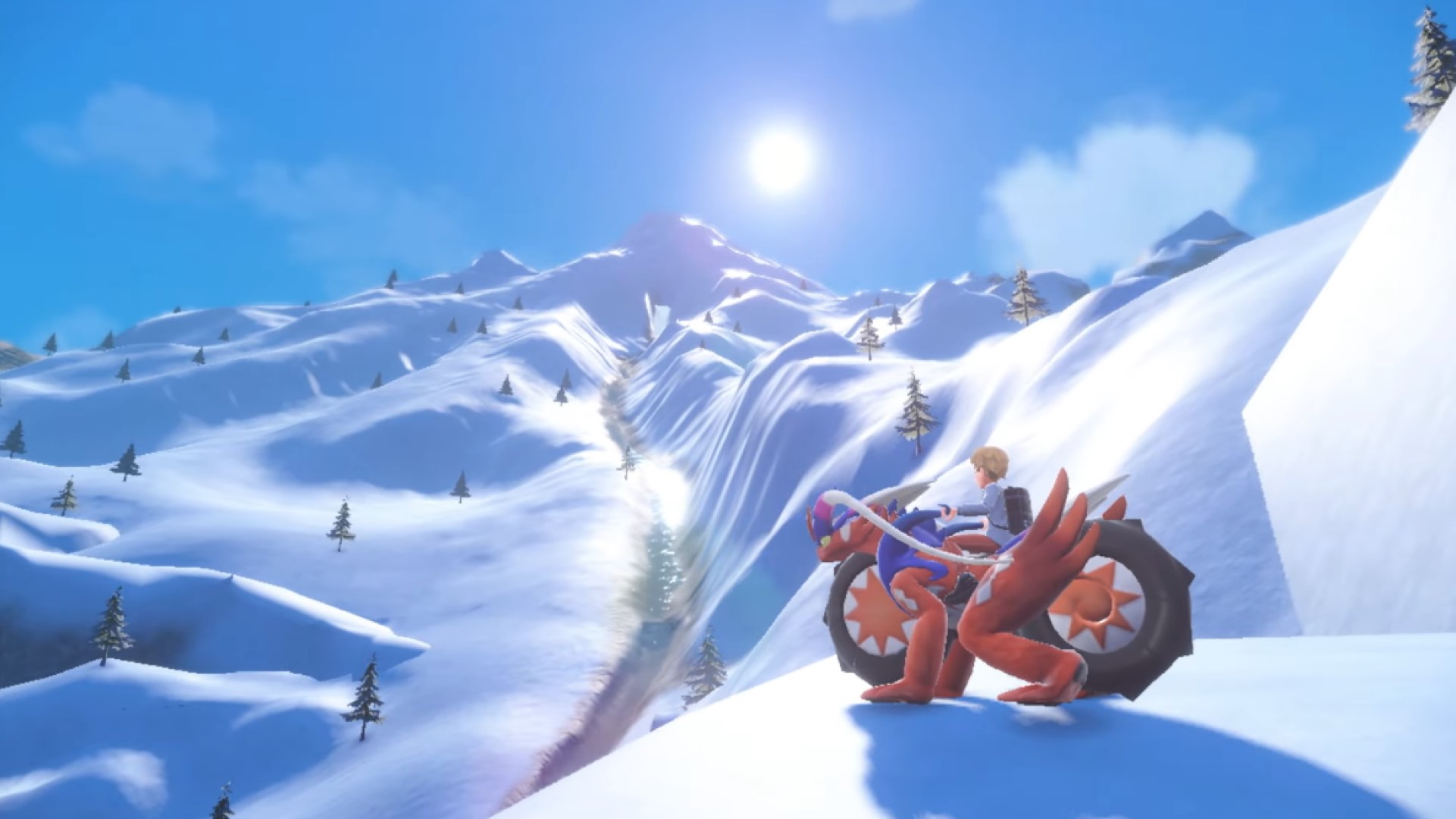 The extent to which Pokemon Scarlet and Violet are open and non linear cannot be overstated. While Pokemon Sword/Shield and Legends Arceus both experimented with the open world format, they still kept progression through the story sequential and linear. Scarlet and Violet outright let you make a beeline for areas and objectives that may have been intended as endgame ones in a traditional Pokemon game. This means you can enter a brand new area all starry eyed and excited, and then get stomped by wild Pokemon very literally 3-4 times your party levels. So! It’s a good idea every time you enter a new area to enter some wild Pokemon encounters with the explicit intention to scope out the average levels in that area. If things feel too high for you to handle, bail. It’s okay too. You can come back later when you’re feeling better equipped. You can run from Trainer battles as well, so if you mistakenly find yourself locked in with a trainer way out of your league, bail.

While your main character cannot jump, your ride Pokemon, which you get extremely early on in the game, can. And jumping can help you get to otherwise inaccessible areas in the world. These can include anything from rare loot to Pokemon you otherwise wouldn’t be able to encounter. Use this to your advantage!

Following Pokemon are back! The much beloved feature from older Pokemon titles, where your Pokemon would follow you around in the world, returns in Scarlet and Violet, and what’s more, there are actual gameplay benefits to it. Called “Let’s Go” and initiated by pressing the R button, you can send your Pokemon out into the world at any time. It will then independently go off exploring, fighting wild Pokemon, collecting resources, garnering EXP, all while you continue to do your own thing. It even returns right to you when you initiate a battle, so there are no downsides to using this feature. In fact, there are only benefits (some Pokemon only evolve after you walk with them a certain number of steps, so this is greatly recommended).

INTERACT WITH EVERY GIMMIGHOUL YOU SEE 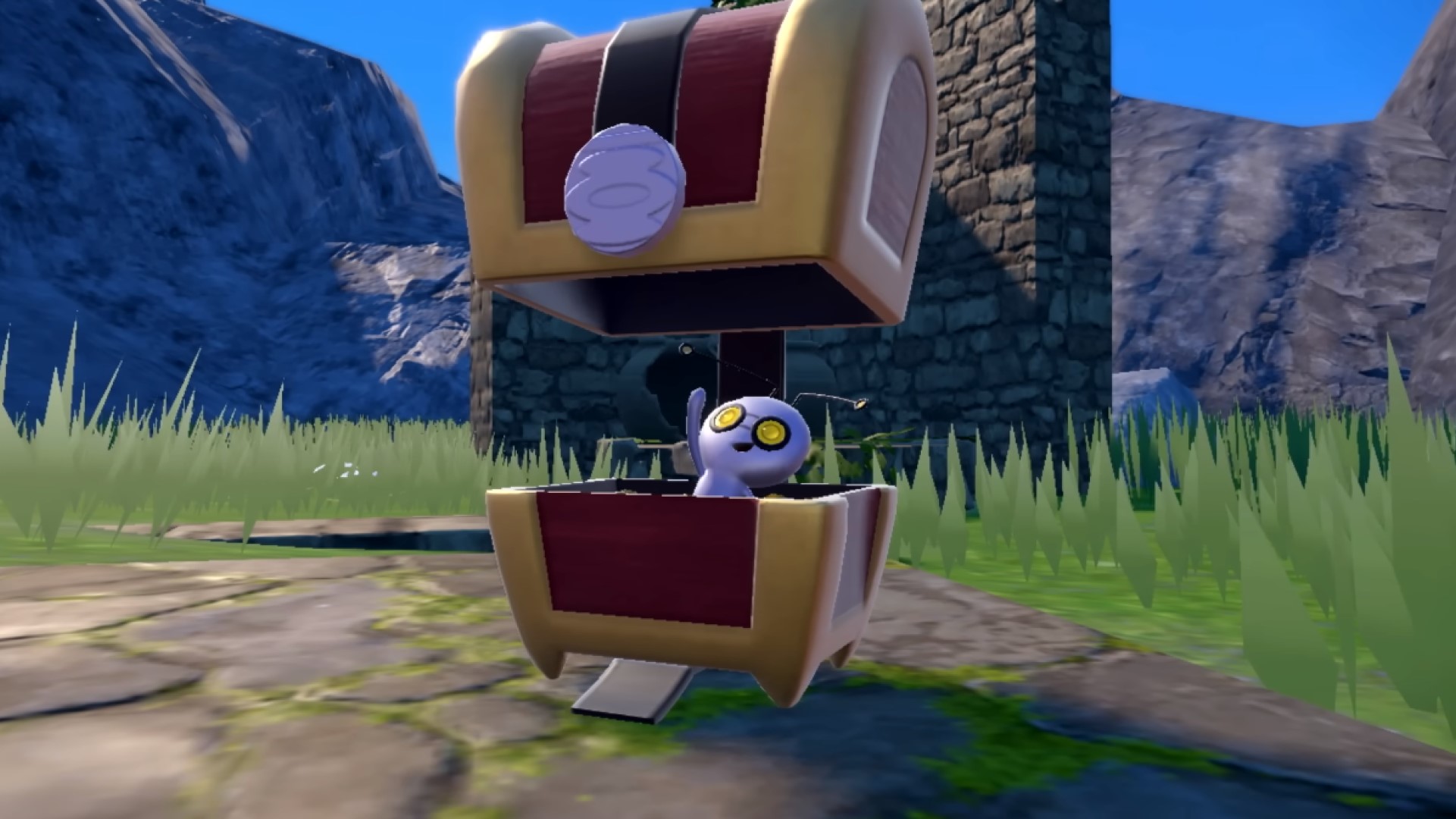 As you are out and about in the world, you’ll often see these little humanoid… creature… things. You can’t engage them in battle, and it might look like they are set dressing. But if you go and interact with them, you can get a Gimmighoul Coin (because these creatures are, in fact, Gimmighoul). Collect as many of these as you can! When you finally do end up catching a Gimmighoul, you’ll need 50 of these coins to be abled to evolve it.

A very major change Scarlet and Violet make from previous games is that trainer battles are no longer unavoidable. You have not actively go up to a trainer you see on the field and chat them up before a battle will begin. The flip side of this is, it is actually incredibly easy to just… skip all of the, and not even realize you were doing so, especially given the size of the maps. So, keep this in mind – if you see NPCs out in the wild, go to them and talk. Engage in as many trainer battles as you can. Not only do trainer battles get you more EXP than wild Pokemon ones, as well as giving you money, but by battling a certain number of trainers in an area also lets you claim a prize from that area’s Pokemon Center for yourself. There’s no downsid.

DON’T IGNORE THE PATH OF LEGENDS 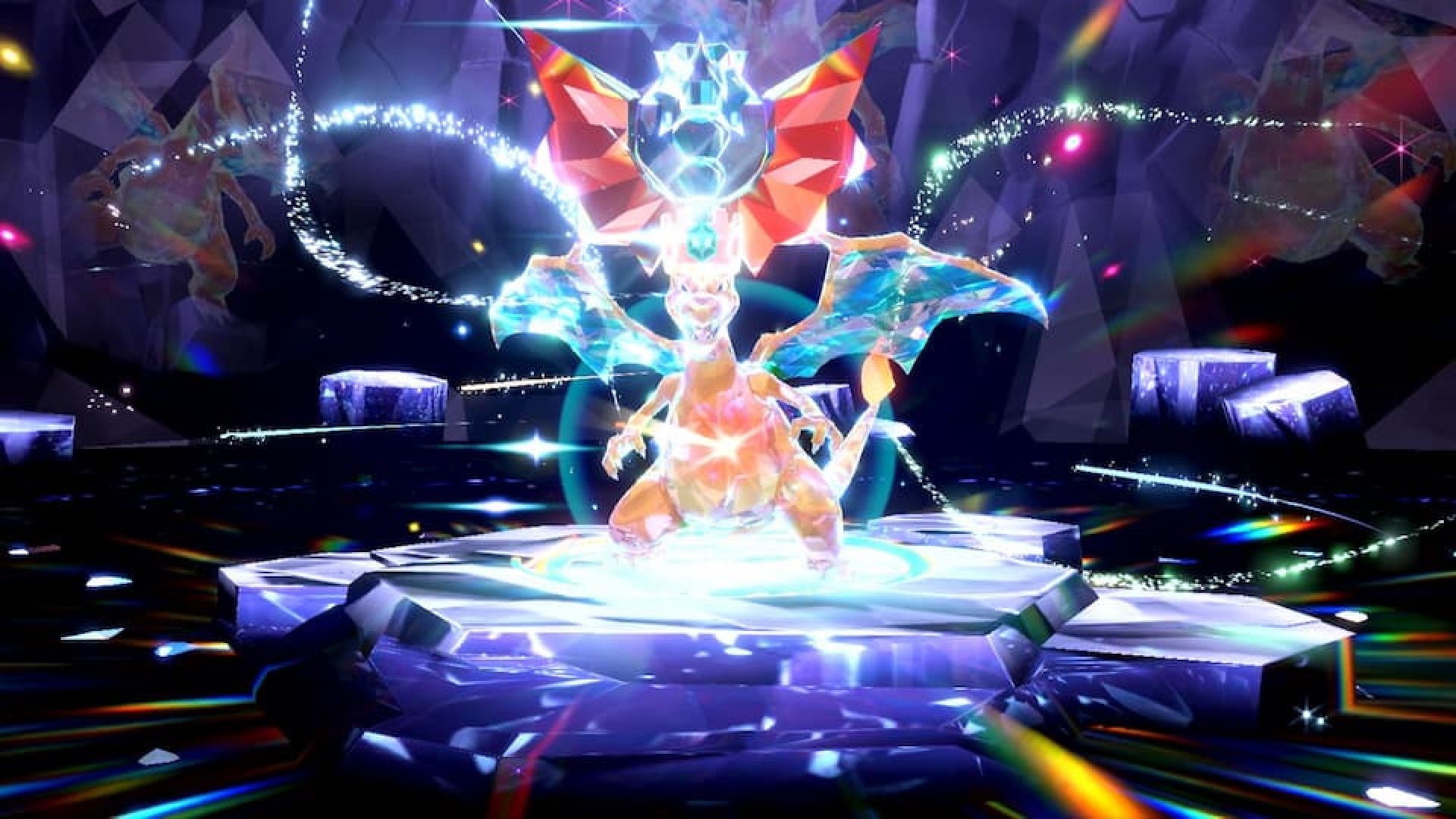 As mentioned, Pokemon Scarlet and Violet give you three main campaigns – one where you go and fight gyms to earn badges and become the champion of the Paldea region; one where you take on the mysterious Team Star and try to stop them from terrorizing trainers in the region. And lastly, a Path of Legends. The Path of Legends is exactly what it sounds like from the name, and is obviously extremely exciting to try, but there are actual benefits to it other than simple cool battles and rare Pokemon too. Every time you complete a chapter in this quest, you unlock a new ability for your ride Pokemon – from being able to swim, to being able to glide, to being able to move quicker. All of this makes traversal through Paldea that much easier – and, again, given how massive this world is, I think that can only be a good thing.