Across Resident Evil 2, Gaiden and 4, we see Leon grow from a rookie cop into a fully-fledged presidential body guarding bad ass. Sure, there isn’t a whole stretch of time between the three games, but Leon’s increased combat experience and wisdom are evident in his incarnations in Gaiden and RE4. Much like a fine wine, Leon just keeps on getting better with age. 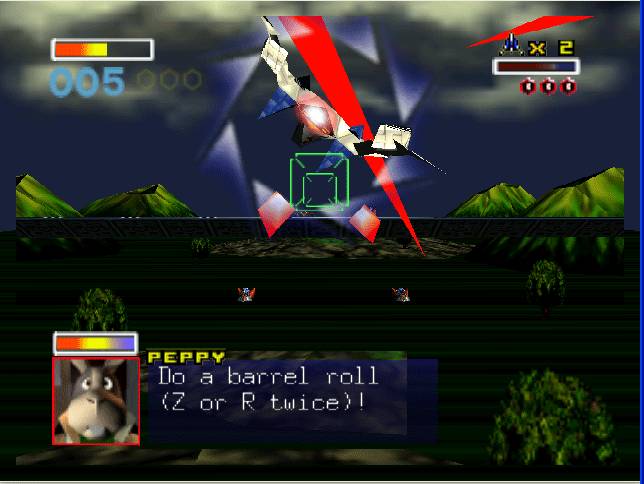 So that's how he's been staying alive all these years!

As the only member of team Fox to serve with both James McCloud and his son, Fox, Peppy is the old hand of the team. He’s been through all the big battles and lived to tell the tale and he’s one of the more helpful supporting members of the team as a result of this. Maybe all those barrel rolls are the secret to his survival. It would certainly explain his odd obsession with them.

Getting older is usually associated with degeneration and frailty, yet Sam Fisher managed to defy this particular convention and then some in last year’s Splinter Cell: Conviction. Originally an aloof and professional Third Echelon operative, the older Fisher seen in Conviction was out on a personal quest for vengeance, and he was more brutal and efficient than ever as a result. Old Fisher merges the wisdom and experience of old age with the physical brutality and grace of a young gazelle. Pure stealth awesomeness right there.

One of the early great RPGs to deal with the passing of time in such a dedicated way, Dragon Quest 5’s split narrative follows the hero right through his childhood as he matures and grows up. Though the silent protagonist is at his quietest throughout DQ5, you grow surprisingly attached to the character having seen him grow.