The Pokemon Company recently lifted the lid on Pokemon's biggest reinvention in years- here's everything new they talked about.

The mainline Pokemon franchise has been stuck in a rut for a long time now, what with the franchise refusing to grow and change with the times, but with the upcoming Pokemon Legends: Arceus, it looks like it’s finally read to make some much needed changes. After months of silence following the game’s announcement earlier this year, The Pokemon Company recently provided some major new details on Pokemon Legends: Arceus and what players can expect from it, and here, we’re going to go over some of the biggest talking points.

We’ve known for a while now that Pokemon Legends: Arceus is going to be set in Feudal era Sinnoh, centuries before the events of Diamond and Pearl. As we recently learned though, in Arceus, it’s not going to be called Sinnoh. At this time, the region is called Hisui, and by and large, it’s pretty wild and untamed. Pokemon and humans haven’t formed the sort of relationship that the series has generally portrayed, which means many people consider them to be dangerous and terrifying beasts- which should be an interesting new dynamic to explore for a Pokemon game. 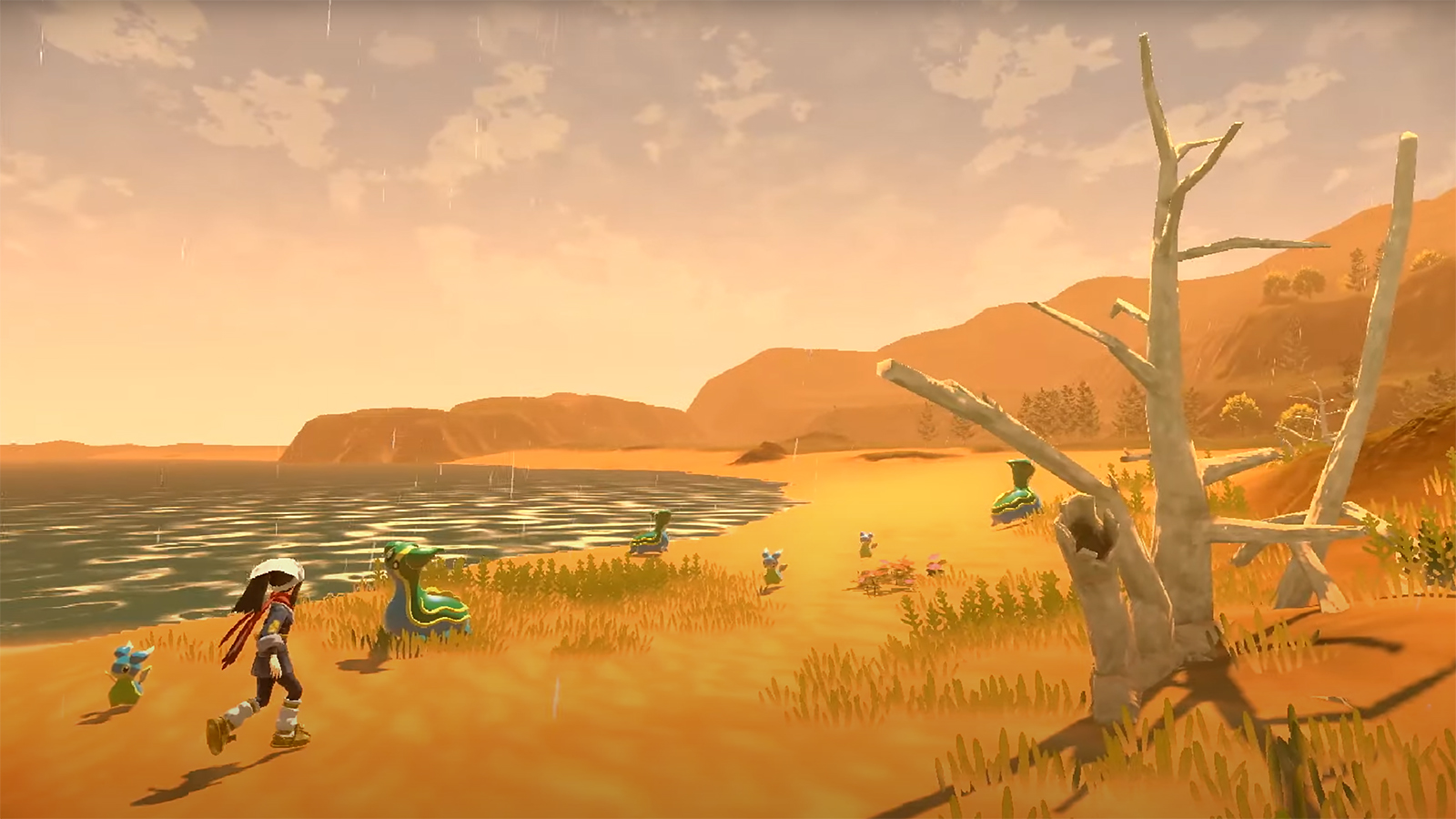 Hisui is clearly shaping up to be a pretty diverse region. It’s an open world map, of course, and based on what we’ve seen of it so far, it seems to be building on what Game Freak did with the Wild Areas in Pokemon Sword and Shield, with a little bit of Breath of the Wild thrown in there for good measure (because what’s an open world game in 2021 without a little bit of Breath of the Wild?). In terms of environmental variety, we’ve seen various unique biomes, from desert landscapes to lush green locations to mountains covered in snow, and each of these are likely going to have unique weather patterns as well. And of course, there’s Mt. Coronet towering over everything in the heart of the region. It’ll be interesting to see how that is handled in the game- we’d expect a massive, labyrinthine dungeon, but nothing has been confirmed either way just yet. 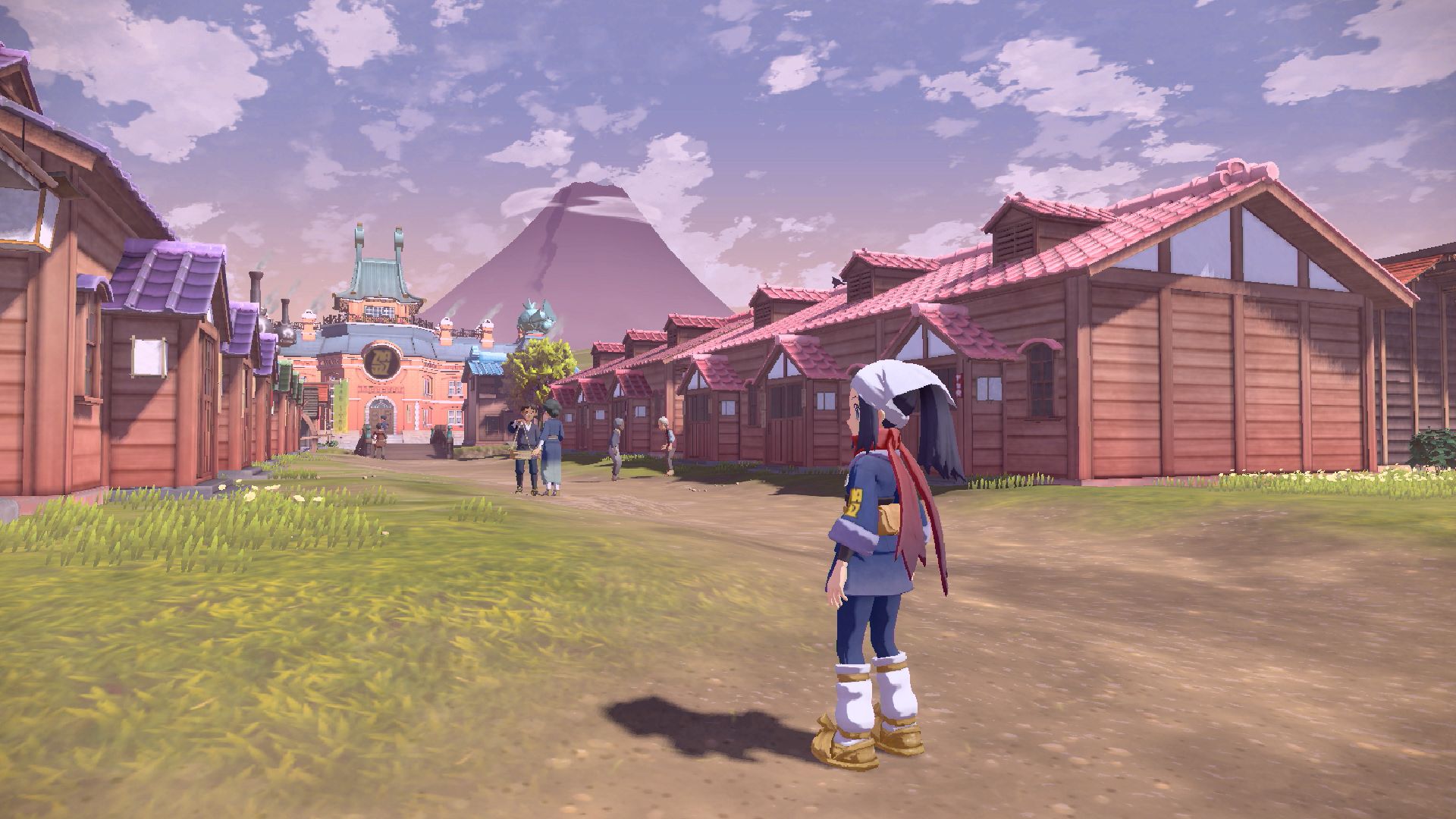 Given the time period that Pokemon Legends is set in, it makes sense that there’s not a lot of civilization in the Hisui region. In fact, it looks like there’s only one town in the game- Jubilife Village, which will serve as your hub throughout the experience (and is clearly the settlement that goes on to be known as Jubilife City in Sinnoh centuries later). The wooden buildings and Feudal Japanese-style architecture can be seen clearly throughout the village, with the headquarters of the Galaxy Expedition Team (more on this in a bit) situated at its heart. Right now, Game Freak and The Pokemon Company haven’t said much about this town, but we’re hoping that, as the central hub, it will keep on expanding and changing throughout the game. 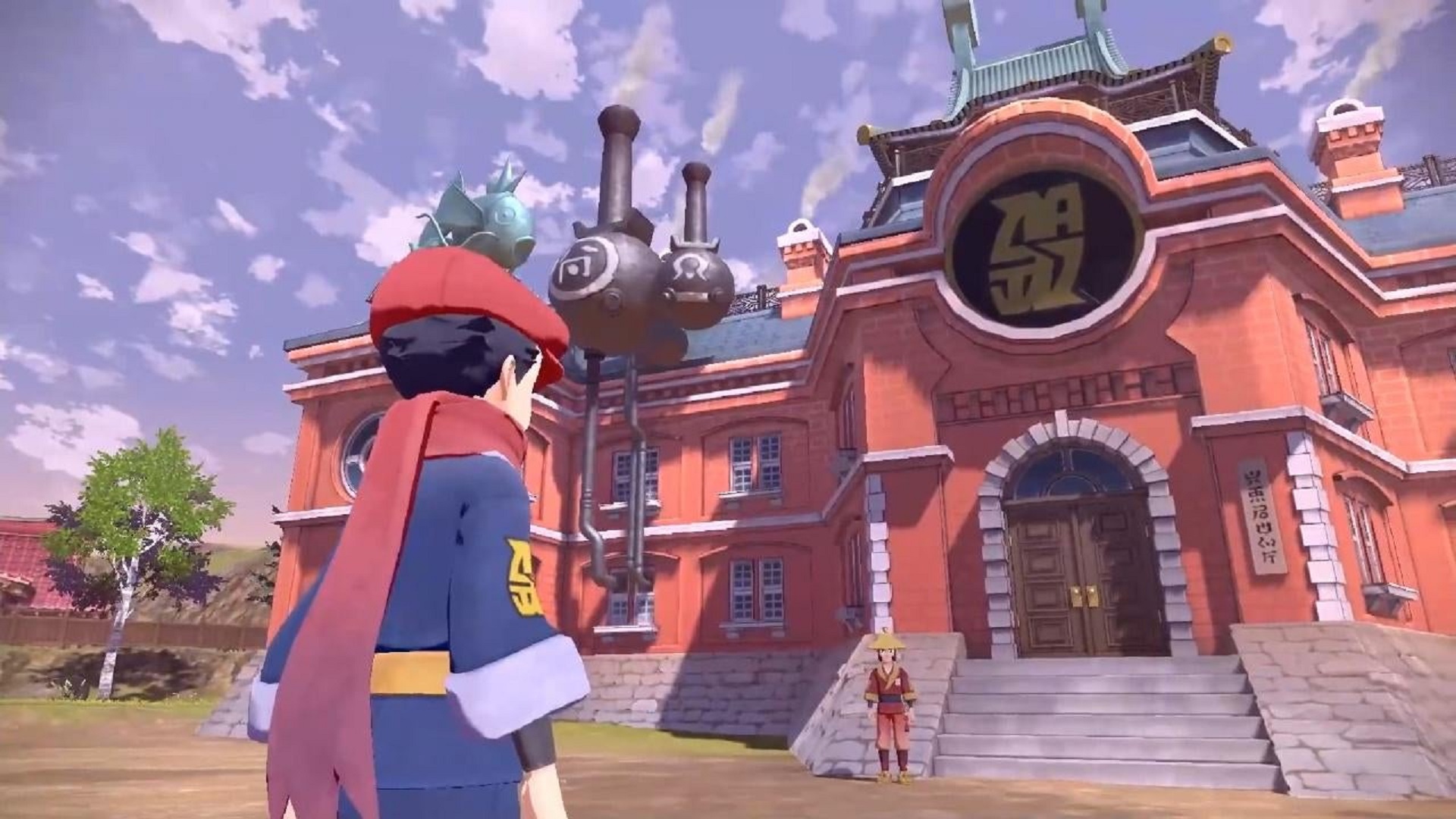 So here’s something interesting- the Team Galactic patches have been visible on the protagonist models ever since the game’s first trailers, which has led to some interesting speculation, and now, that’s heated up even more. That’s because in Pokemon Legends: Arceus, you’ll be a member of a group known as the Galaxy Expedition Team. What’s their purpose? Well, apparently to survey and catalog all the Pokemon in Hisui, which, in turn, means you have to fill up the region’s first Pokedex. The Galaxy Expedition Team is made up of members from different parts of the Pokemon world, and has three corps within its structure- the Medical Corps, the Survey Corps (which you’ll be a member of), and the Security Corps. How the Galaxy Expedition Team sets up the creation of Team Galactic (which might not happen… though it probably will) remains to be seen, but we’re certainly intrigued. 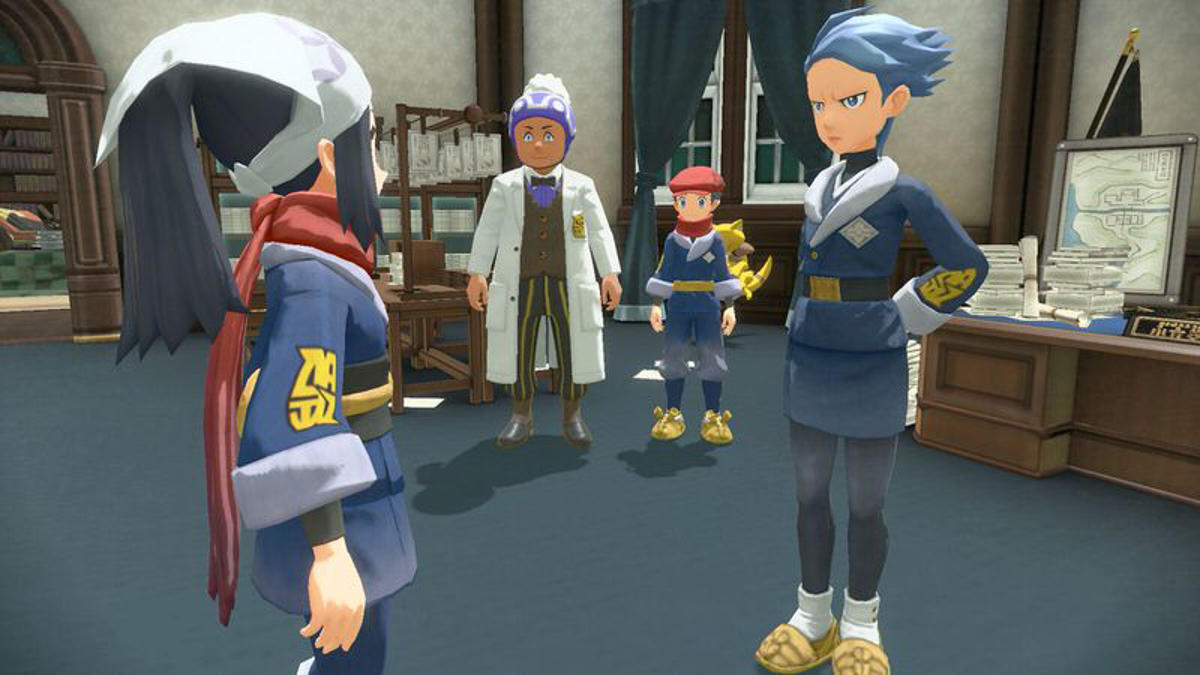 We’ve also learned quite a bit about the characters you’ll be meeting in Pokemon Legends: Arceus. There’s the protagonist, of course, which is one of the areas where the game’s taking a different approach. You’ll be given a choice between two set characters to play as – Akari or Rei – and whichever one you don’t pick will appear as a supporting character in the game. Other characters include Professor Laventon, a member of the Survey Corps; Commander Kamodo, the boss of the Galaxy Expedition Team; and Captain Cyllene, the leader of the Survey Corps. Cyllene, incidentally, looks a lot like Cyrus, the leader of Team Galactic in Diamond and Pearl (and hell, even has a similar name), which is yet another possible connection between the two organizations. 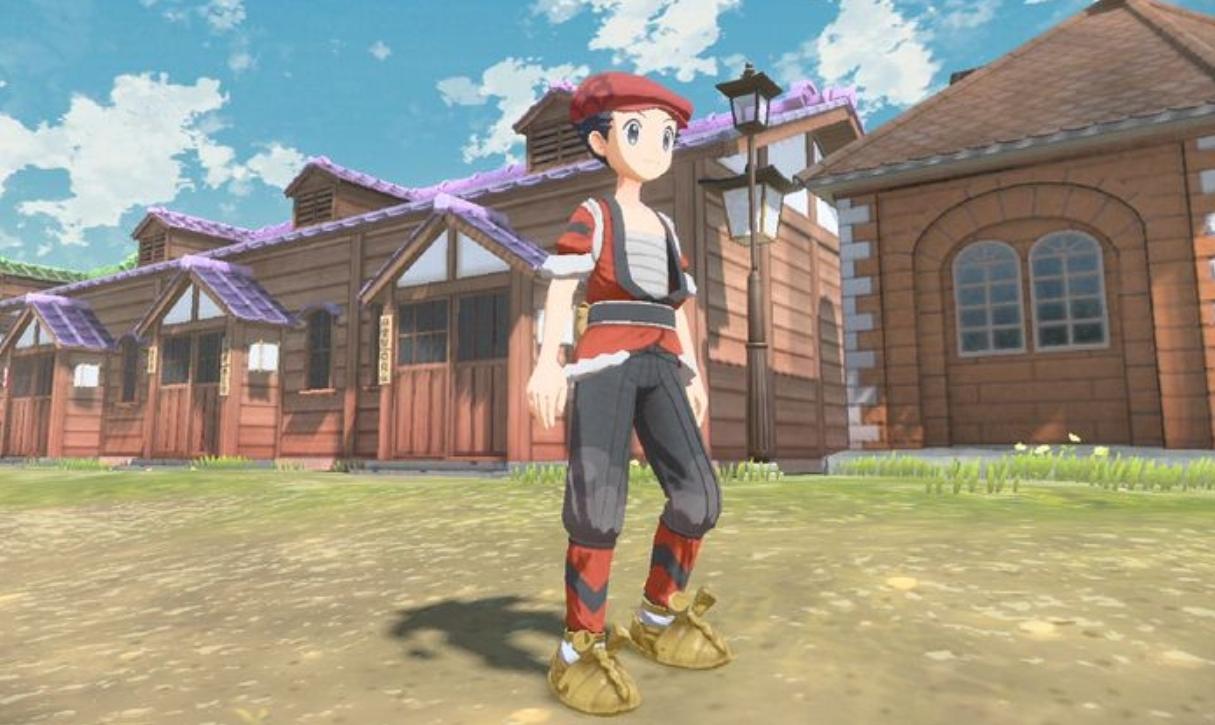 So what exactly will you be doing in Pokemon Legends: Arceus? Well, Game Freak and The Pokemon Company are keeping their cards pretty close to their chest, but we still have a rough idea of the general structure of the game (or at least its earlier hours, if nothing else). Your main goal, of course, is to go out and survey and catch Pokemon in order to fill up your Pokedex. That means you’re going to be heading out of Jubilife Village time and again into different parts of Hisui on Survey assignments, where you’ll set up base camps and then venture out into the wild to do your job. These base camps, incidentally, will also serve as your primary place of rest, what with there being no Pokemon Centers. Before heading out of base camps, you’ll also make preparations for the excursion ahead- for instance, by using crafting components you’ve collected to craft your own Pokeballs. 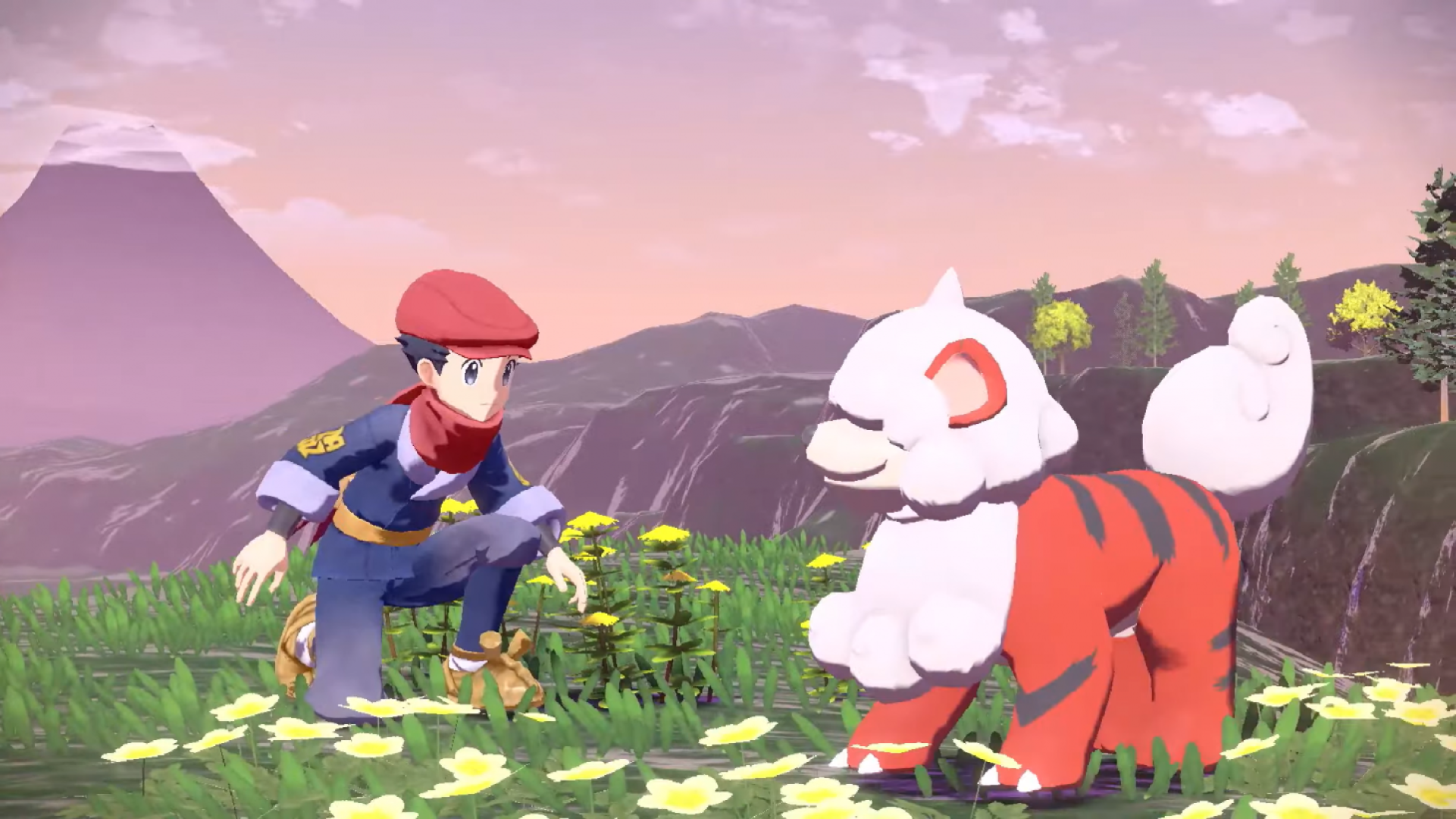 How you catch Pokemon in Pokemon Legends: Arceus is going to be different from how we’ve usually been doing it in Pokemon games all these years. Simply put, you’ll just aim your Pokeball at them in real time rather than entering battles and then throw the ball at them. Different Pokemon will also react differently to your presence- some will be docile, some will flee the moment they see you (which means you’ll have to approach them stealthily), while some will  be more aggressive and attack on sight, which might cause you to faint and kick you right back to your base camp, requiring a more cautious approach. 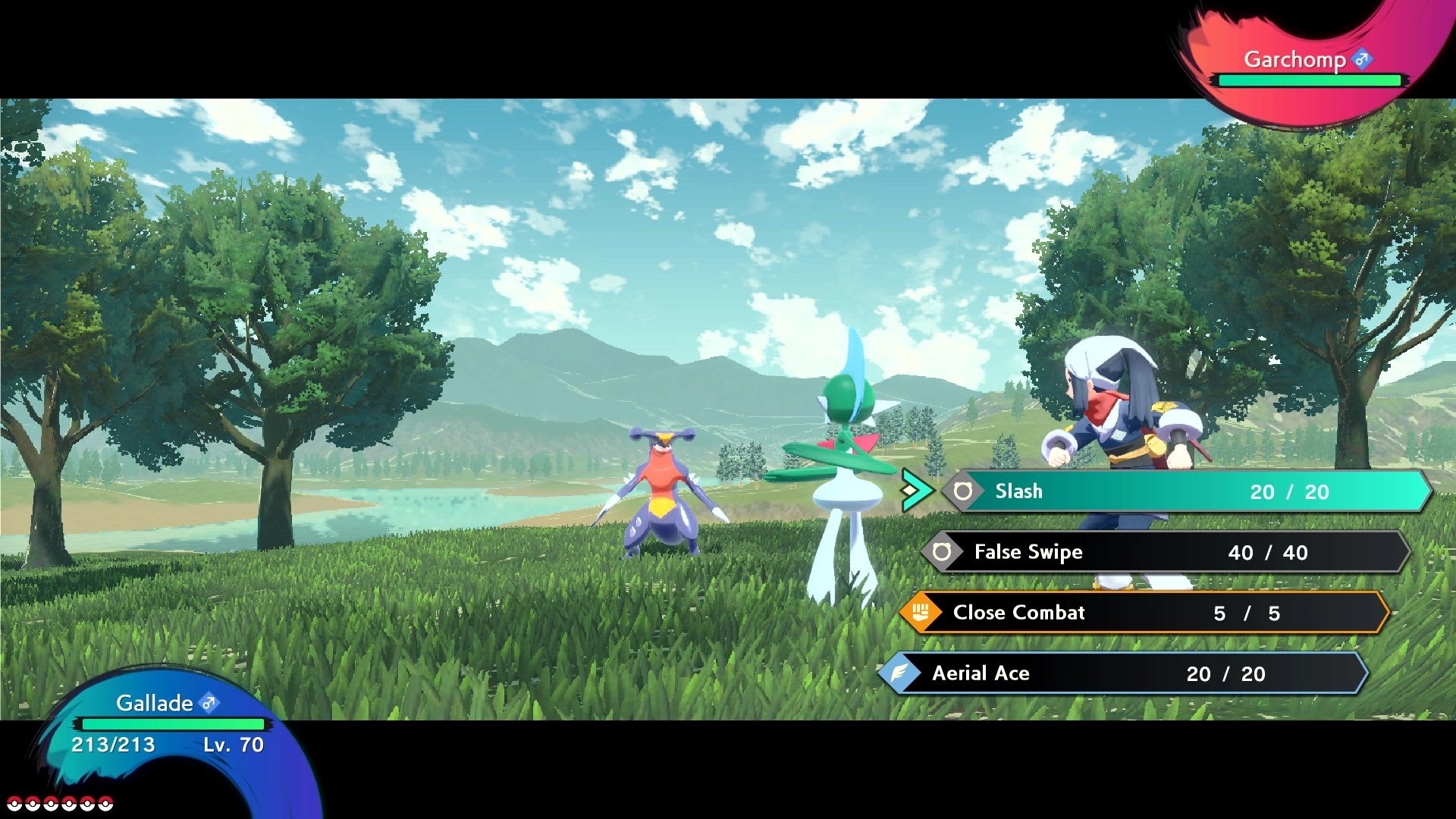 Even with all the changes being made to how Pokemon are caught, battles are still going to be at the heart of this experience- and the battle system in Pokemon Legends: Arceus is seeing some interesting changes. Throw one of your Pokemon’s Pokeball close to a wild Pokemon and you’ll instantly enter a battle. These will be semi-turn based affairs where you’ll still choose between a selection of four moves, and type matchups are still obviously a thing. Crucially though, each move will have two variants- Strong Style and Agile Style. Strong Style increases the attack power of whatever move you’re using at the cost of speed, while Agile Style will decrease the strength of a move but make it quicker, allowing you to unleash multiple attacks in a row. It sure sounds like an interesting variation of traditional Pokemon battles, and if used properly, can lead to a pretty interesting combat system. 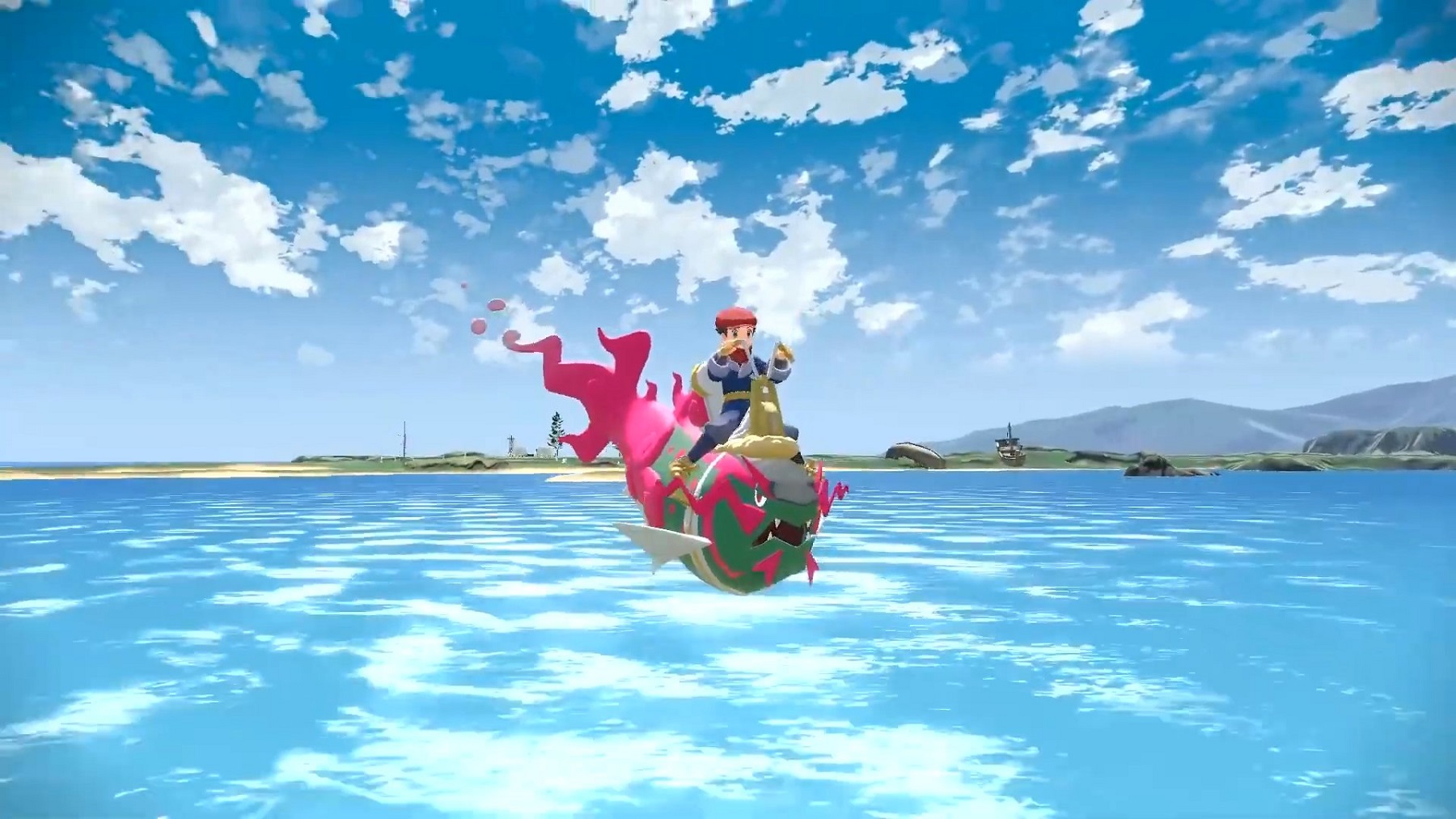 Seeing as Pokemon Legends: Arceus isn’t set in a brand-new region, but an older rendition of an existing one, it won’t introduce dozens upon dozens of new breeds of monsters the way new Pokemon game usually do- but there’s still going to be a handful of new ones, some of which we’ve already seen. There’s Wyrdeer, a Normal/Psychic type evolution of Stantler exclusive to Hisui, and Basculegion, a Water/Ghost type evolution of Basculin, also exclusively found in Hisui. Basculegion also has one of the most tragic and metal backstories for any Pokemon to date- when a Basculin becomes possessed by the spirits of other Basculin in its school who did not survive the harsh journey swimming upstream, it evolves into Basculegion. These souls have a will of their own and allow Basculegion to swim for long periods of time without tiring, and also allow it to go into a berserk mode of sorts when it senses danger.

Meanwhile, coming back to the saner and more normal end of the spectrum, there’s also a couple of Hisuian variants of older Pokemon that have been confirmed, like the fur-covered Fire/Rock type Hisuian Growlithe, or the Psychic/Flying Hisuian Braviary. 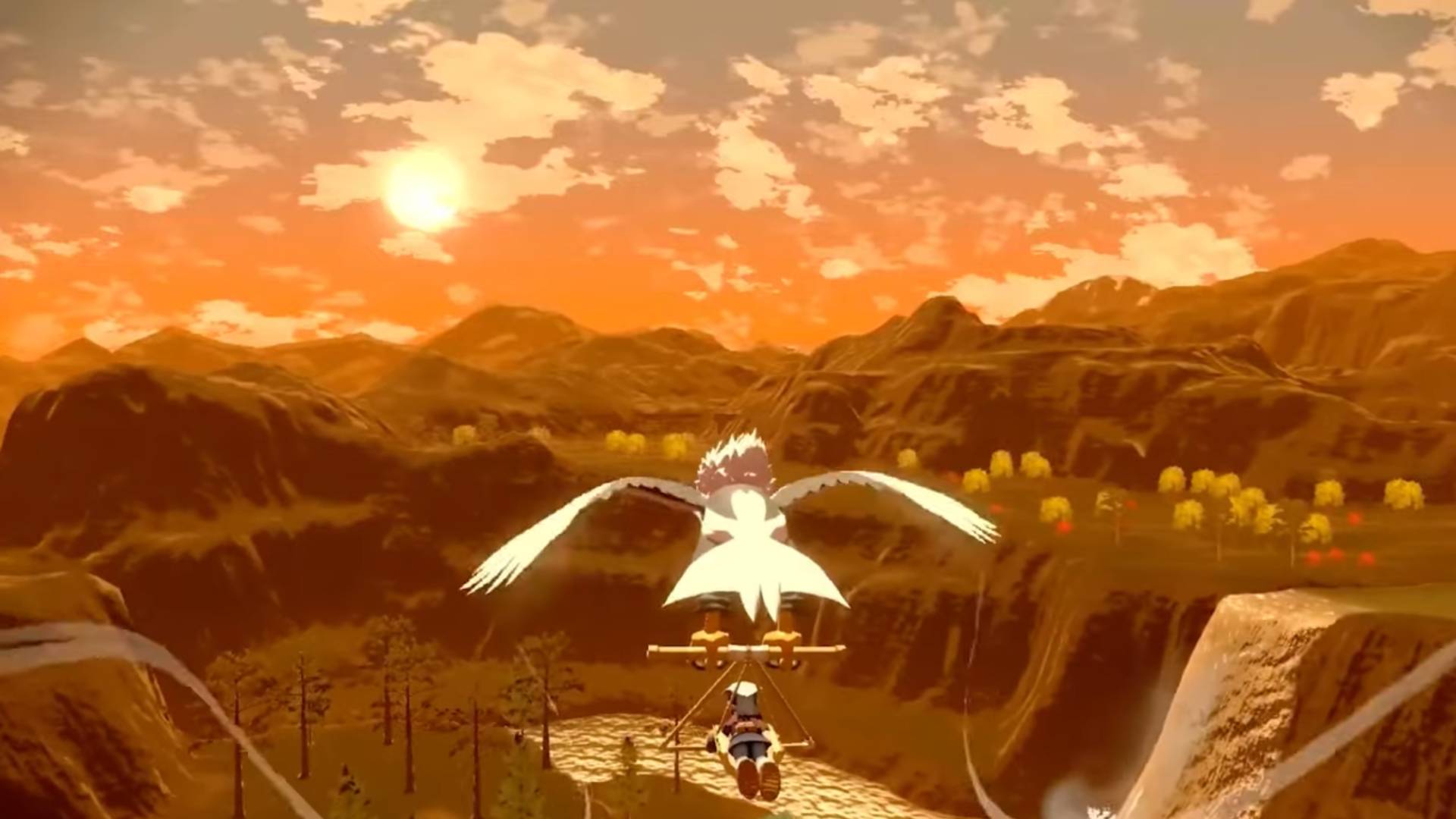 This is one of the areas where the game’s Breath of the Wild influences are most apparent. Open world games that allow you to soar through the air with some sort of gliding mechanic are becoming increasingly common, and Arcueus is joining that list as well, what with you being able to instantaneously jump off cliffs and glide using a contraption being borne aloft by a Braviary. Meanwhile, you will also be able to ride on a Basculegion’s back across bodies of water, or gallop through the world on the back of a Wyrdeer.